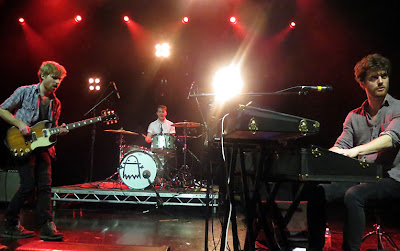 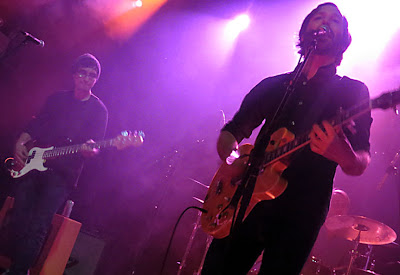 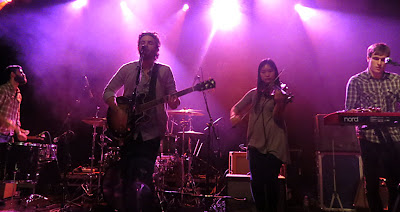 The Lighthouse and the Whaler 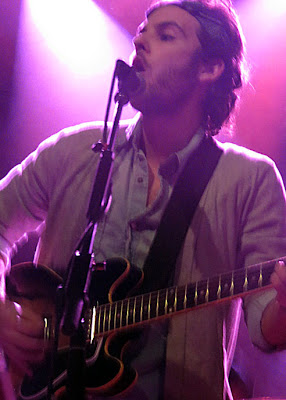 The Lighthouse and the Whaler's Set List
Intro:
This Is An Adventure
We've Got The Most
Venice
Little Vessels
Untitled
Pioneers


The Lighthouse And The Whaler began Friday night's show with a very energetic set that seemed perfect for Jukebox's audience. After a very short intro, Lighthouse broke into their very happy sounding song "This Is An Adventure." So for the life of me I can't figure out why the lighting was so dim, they seemed like they were standing in the dark.  Later on in their set, the band was prompting the audience to sing along with their song "Little Vessels" - I don't think low lighting is conducive to happy voices singing "Waoh oh oh oh!;"..The audience limply responded.

According their MYSPACE bio, the name The Lighthouse And The Whaler was inspired by a theme from the novel Moby Dick. With a band name like theirs, I was expecting music that was a bit over my head. But to contrary I found their music quite accessible with songs like "Venice" which had a feel that brought Vampire Weekend to mind. Lighthouse has two CDs, a self titled recording from 2009 and their most current, "This Is An Adventure," from 2012. All of the songs the band performed were from the latter.


My impression was that Lighthouse's music felt a little more rockier live than it does on their recordings. That may or may not be true, because even though I think the sound might have been well balanced, I was standing too close to the stage to decipher even singer Michael LoPresti's lyrics.   Except for the bad lighting, I enjoyed all of The Lighthouse And The Whaler's set, with "We Got The Most" being my favorite albeit too early in their set. 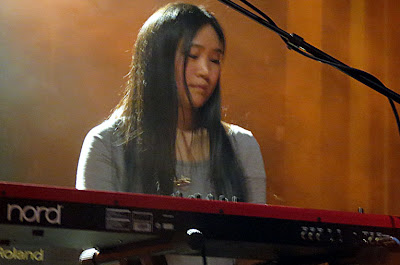 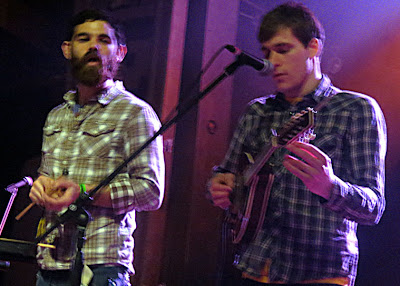 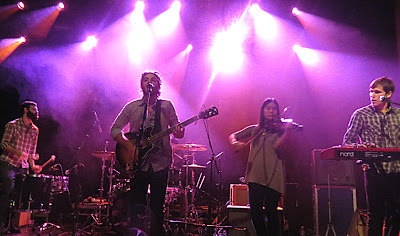 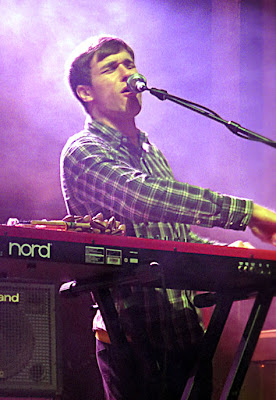 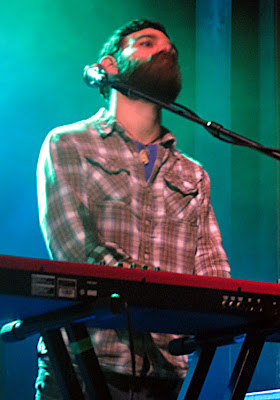 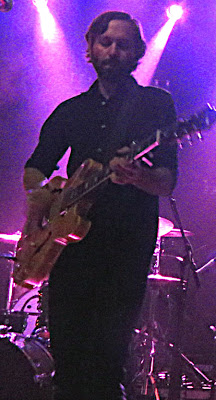 As with the band that proceeded them, Matt Pond PA started their set in more darkness then the song called for.  But I am not going to continue to rag on the lighting, I think you get my point.  The opening song "KC," asked a question that made the song memorable after only hearing it for the first time, when Matt Pond coyly sang "I remember you, do you remember me?," automatically making the song a welcoming introduction.


Matt Pond PA, is a band that now resides in New York but formed in Philadelphia, with Pond himself originally being from New Hampshire.  I believe the band started getting noticed for their work in a CDNow competition and for the song, they did for a 2010 Starbucks ad, called "Snow Day."


Most of Matt Pond PA's songs were on the faster side of mid-tempo having a sort of breezy feel propelled by Tre Hester's consistent  drumming locking in Ponds' lyrics and overall guitar strummed rhythm.   Though I really liked most of what I heard my favorite songs were "From Debris" and "Love to Get Used." 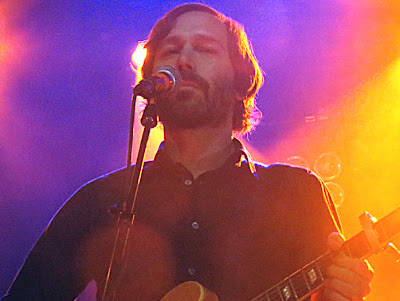 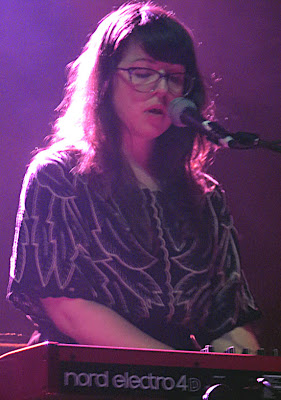 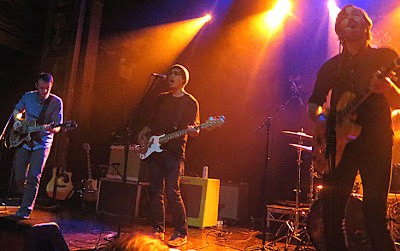 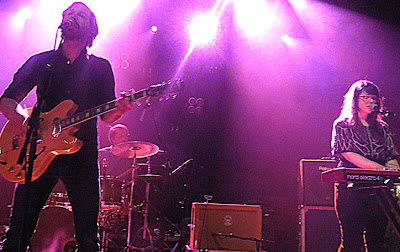 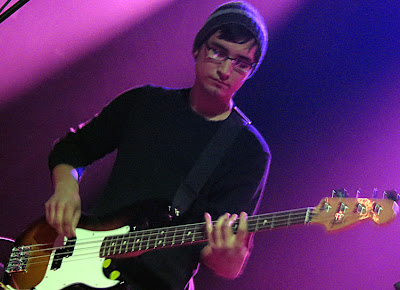 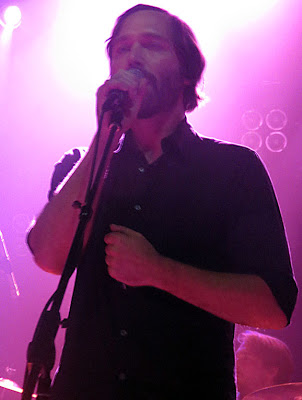 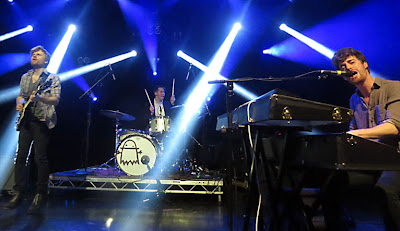 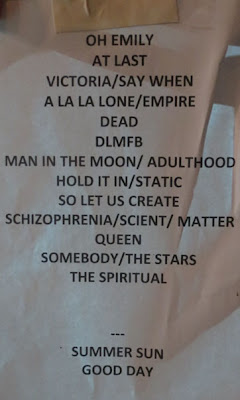 Note: Queen - refers to a cover the Queen song "Somebody To Love."

Being very animated and loving to ham it up, especially Ben Thornewill, Jukebox the Ghost is a fun band to watch.  But just as much fun, was JTG's audience who were ready to sing and dance along from the moment the boys walked on stage. As the trio was setting up, Smokey Robinson's "My Girl" was playing over the house speakers.  One person behind me started singing and before I knew it there was a 30 person chorus of mostly young women singing along with the recording.  Guitarist and vocalist Tommy Siegel seemed involved with setting up his equipment however, I did see him crack a smile.

Along with their straight up pop songs, JTG  belong on the Billboard charts right above bands like Fun and Maroon 5. I have no doubt what I just mentioned will eventually happen - it's just a matter of when. The first time I saw JTG was opening for Tally Hall and I was immediately impressed by not only how good they were but how much the audience loved them.

Since it had been a little under three years since I last saw JTG, I forgot how much I loved them.  What struck me this time, was how much they are closer to sounding like 70's singer/songerwriter pop than their hipster indie contemporaries.  For example, there's a quality to Thornewill's lower tenor vocals and his phrasing that sounds very Billy Joel. (And like Billy Joel & Elton John - he's a piano player as opposed to a person who plays keyboards.)  Much in the same way that Siegel's guitar leads sound very Brian May, which I noted long before the boys did the Queen cover, which was by the way spot on.

JTG did 9 songs from their latest CD which made me very happy because it's my favorite of their recordings so far. With that said, my absolute favorite songs of the evening were "Say When" and "Adulthood." Thronewill mentioned that there would be an upcoming show when JTG will do nothing but covers they have done as a novelty in past shows.  I believe it will be a show worth checking out. 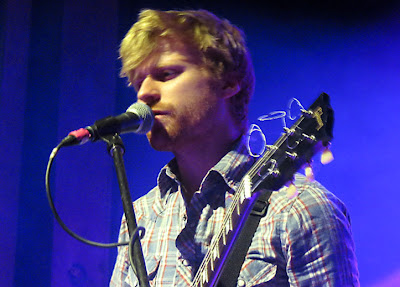 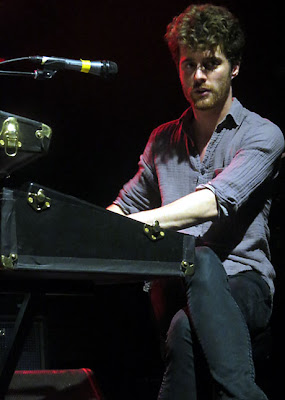 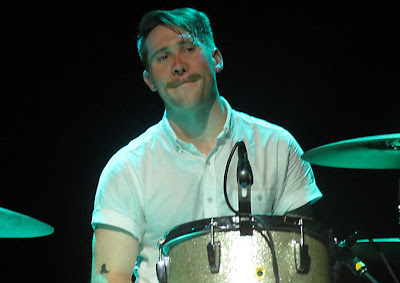 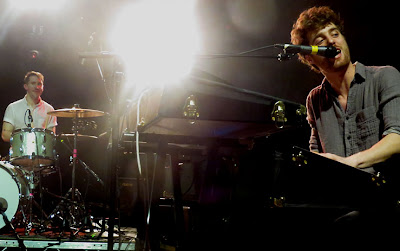 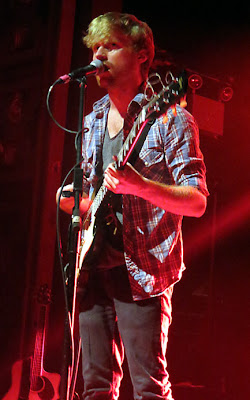 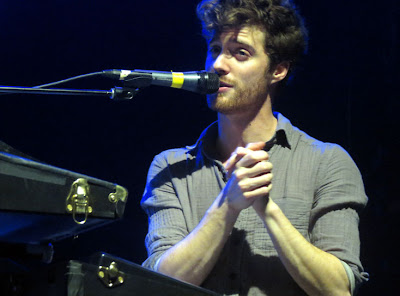 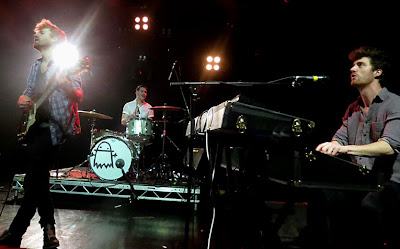 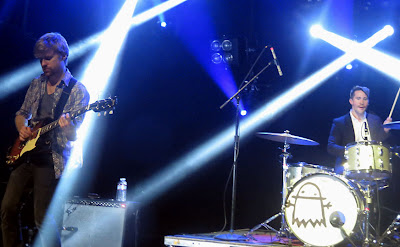 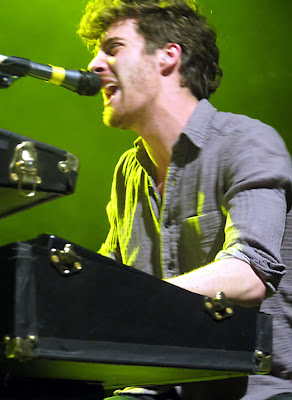 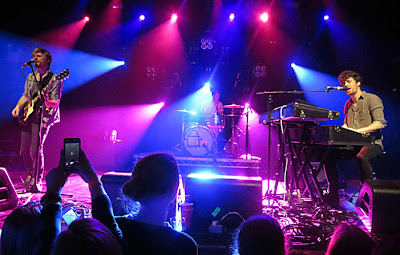 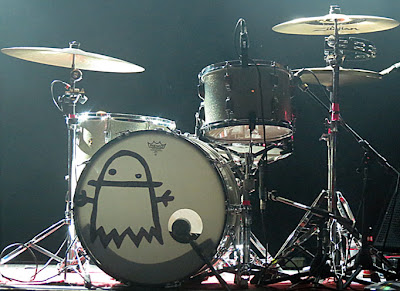 Email ThisBlogThis!Share to TwitterShare to FacebookShare to Pinterest
Labels: All Postings, Jukebox the Ghost/ Matt Pond PA/ The Lighthouse And The Whaler