Concert Log is basically a diary of my travels through concert land.  My intention is to learn about all the great new music I've missed hearing and the new music coming out on a consistent basis.

Since the mid-nineties, I've kept up with the mainstream artists but lost track of many indie and local artists.   Before starting this blog, I would look at the Village Voice or Rolling Stone and ask myself "who are these people?"  I often listened to WNYC's Soundcheck and asked the same question.  And while I'm being honest, I should also mention that I felt a little pissed off at myself for being unfamiliar with bands talked about by my younger friends.   As I continue to work on Concert Log, I have found that I still have the responses I just mentioned but now feel that if haven't heard a band - I soon will.  There is a lot of great music out there.  I feel I'm learning about it from the ground up by seeing bands in concert.  In many ways, I feel re-energized.

I think it's really clear that I did not start this blog with the intention of critiquing bands or solo artists.  However I did learn, after seeing as many concerts as I have,  it's really hard to be objective.   Therefore, I do my best to keep any criticism I may have constructive.  I sincerely do believe that any artists who have amassed an audience must be doing something right.  I'm not always going to get what the performers have to offer and I may at times point out things that are less important to general audience.

Each blog entry addresses how I experience a particular artist on a particular night. I write that because I realize there are different variables that contribute to enjoying a concert performance. The band can be having a great night or an off night. The sound may be great or lousy.  The audience may be responsive or sullen. The band may be presenting themselves in a particular way to promote their current CD or solo artists may be presenting a theme. I may be in love with the world or in a bad mood. It's all subjective.  So I hope you don't think I'm schizophrenic when I write about a band being not so good and then think they're God's gift to man when I see them 3 months later.

Since this blog is titled Concert Log, I try to convey my entire concert experience.  What was the venue like?  What kind of audience follows the artists?   Was there special lighting or staging? Did anything funny or out of the ordinary happen?  What did the people around me say?  These are questions I try to address in this blog.  I can write solely about the band, but there are already hundreds of blogs that do that sort of thing.  Besides, there is only so much you can say if the band stands there and just performs their songs. 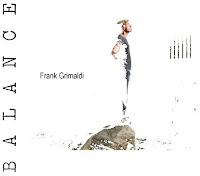 I am singer/songwriter, yet I find myself performing less and less as the years go by. However, there was a time when I was really active, so I do believe I know a bit about performing and what goes into it.  I've performed at many venues in New York City, some still around and others long gone.   I've sung twice at the Apollo, performed at the the legendary Folk City , the late CBGB's Gallery and upstairs at The Living Room.  I'm also proud of the 2 CD's I've  recorded.  A song on the first CD was reviewed by Billboard. I love pop music and it feels a little like I'm giving back to the universe by doing this blog.  I hope this blog encourages musicians and is enjoyable for their audiences to read. 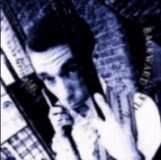 You can hear my music by going to:
www.myspace.com/Frank Grimaldi
http://www.reverbnation.com/frankgrimaldi