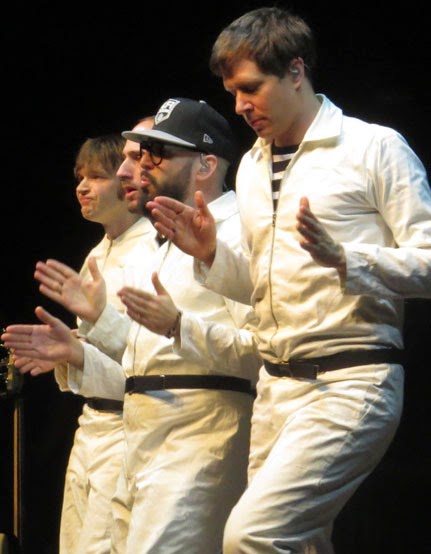 I always love seeing OK GO. They're an extremely entertaining band, with or without the special effects of which there were many. For several parts of show, the band played behind a curtain that was used as a screen for video images.  Confetti came out of side canisters at several key points during the show which made the evening feel like a New Years Party in April.  Besides all the effects, there was an IPOD sampling audience participation portion, an acoustic portion when lead vocalist, Damian Kulash performed standing in the middle of the audience and of course a dance routine. As you may have surmised, OK GO is about the band and the audience having fun - they're nothin' deep - but that's exactly why I enjoy them so very much. 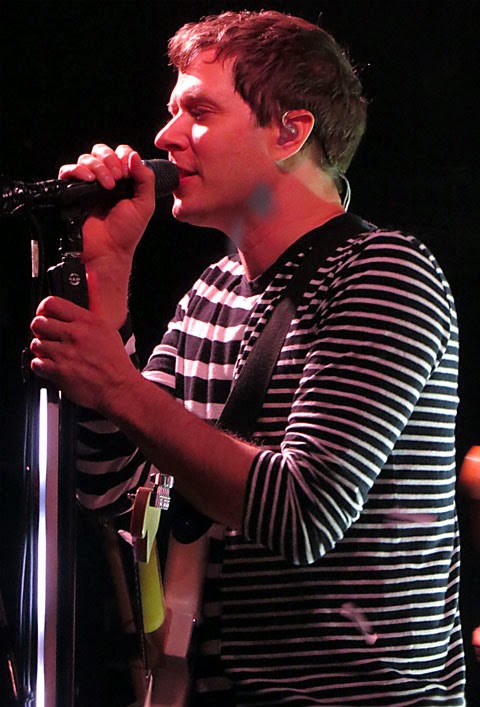 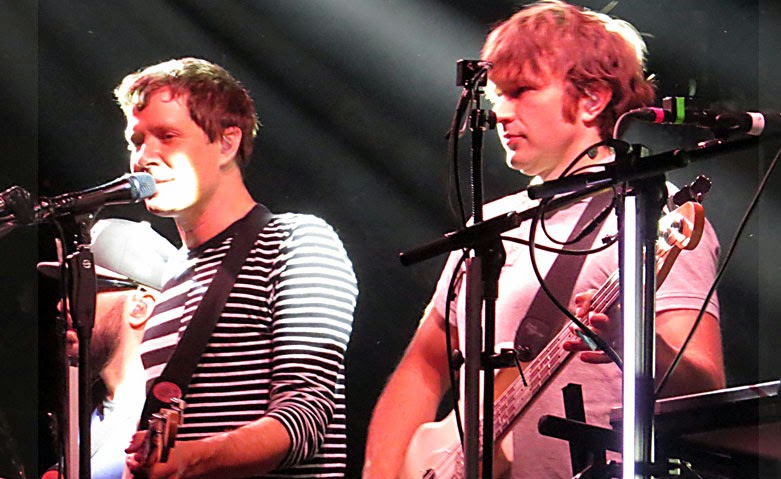 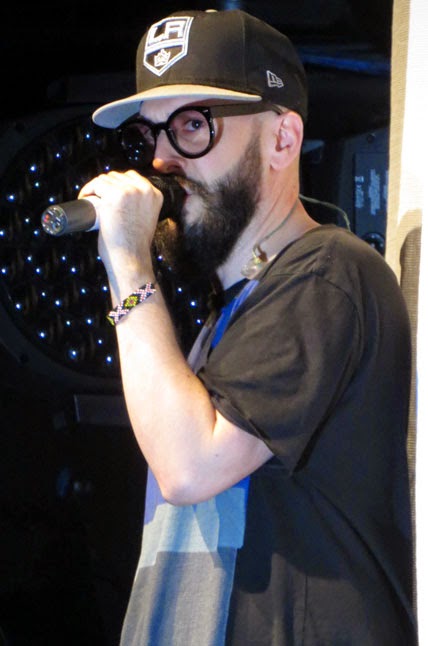 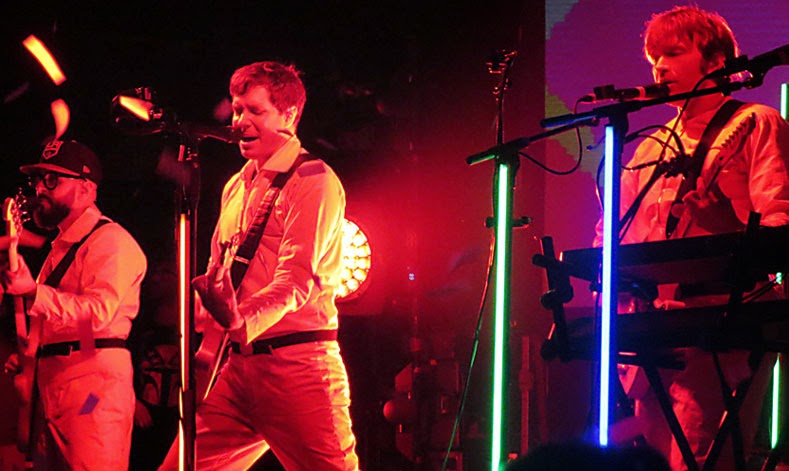 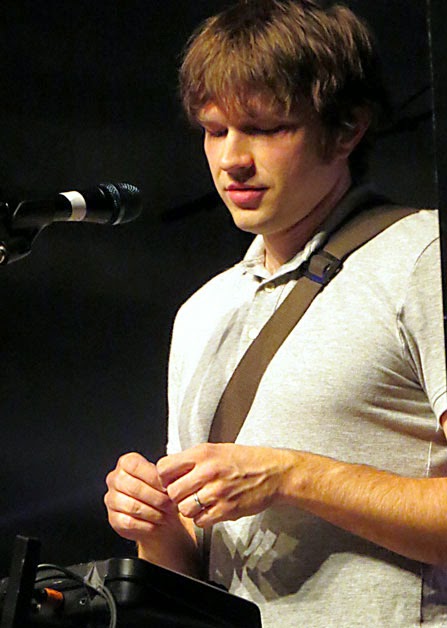 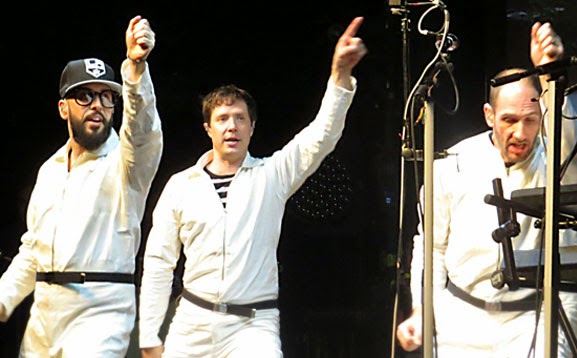 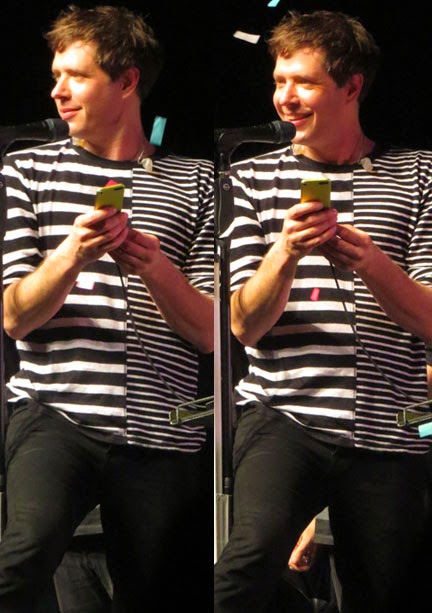 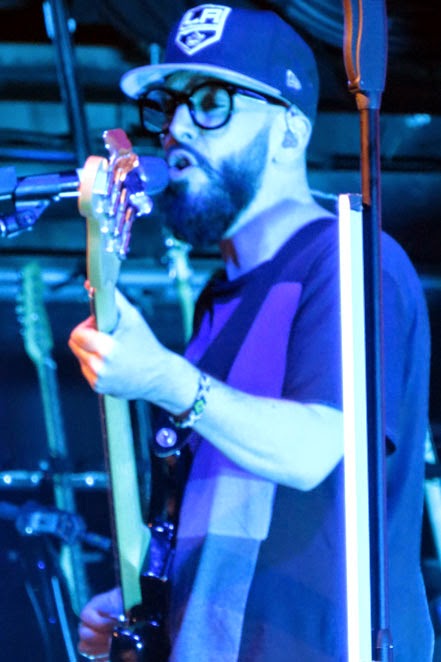 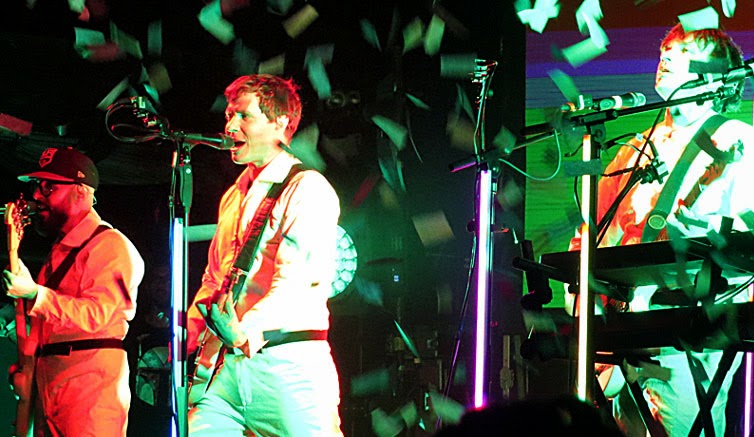 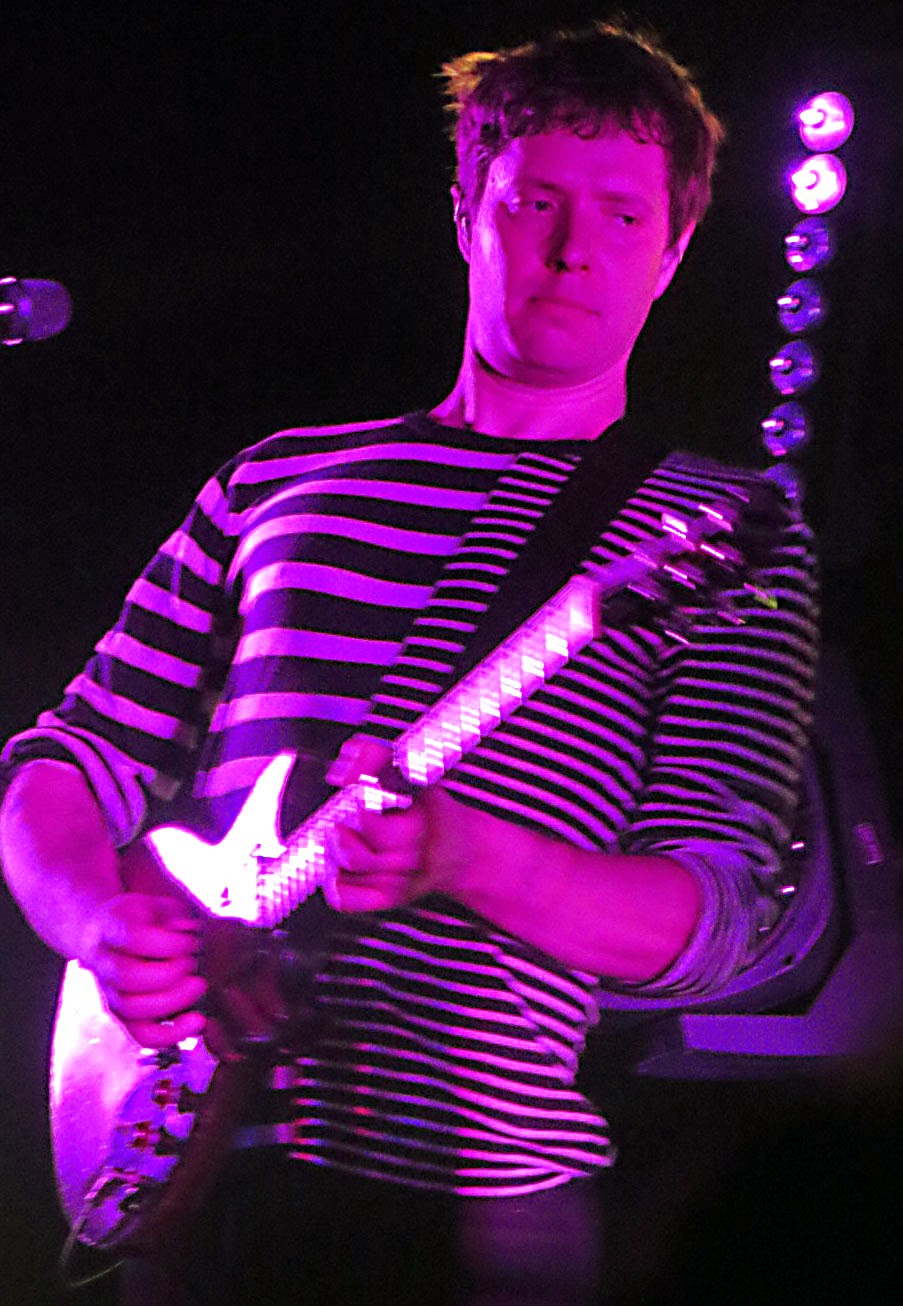 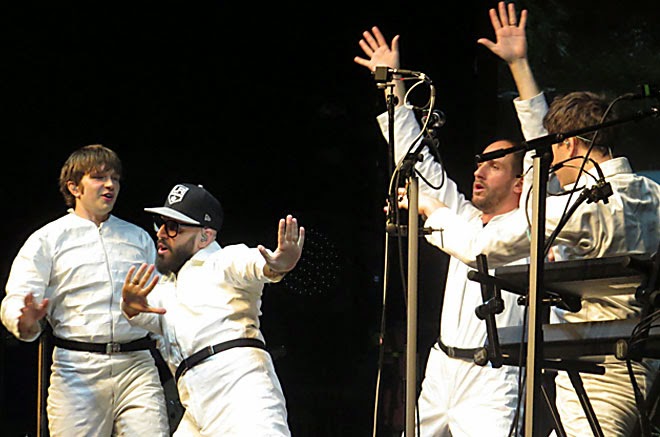 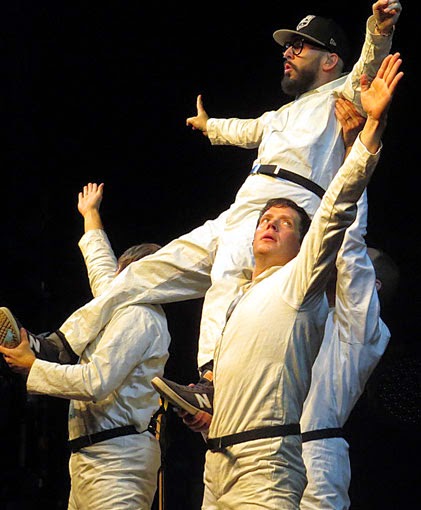 Email ThisBlogThis!Share to TwitterShare to FacebookShare to Pinterest
Labels: All Postings, OK GO