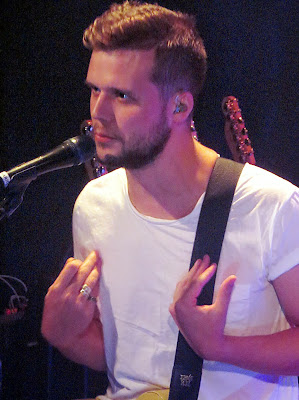 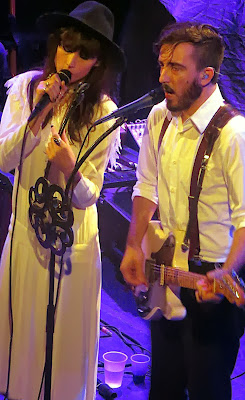 White Lies performance on Friday night was everything I expected it would be and more - fucking fabulous.  As for In The Valley Below, they were an unexpected pleasure. Please check out a video I took of White Lies encore at the bottom of this post.

In The Valley Below 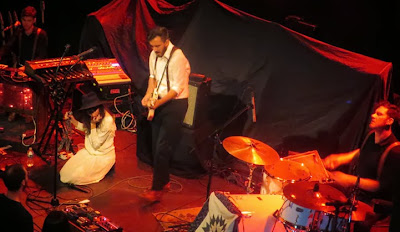 In the Valley Below are a male and female songwriting duo backed by two additional musicians. Though different and yet similar, In the Valley Below gave me a feeling of deja vu; they reminded me of The Wind and The Wave, which was another opening duo I watched perform two weeks prior at Terminal 5. The duo, namely Jeffrey Jacob and Angela Gail, currently reside in Echo Park,Los Angeles. The neighborhood, which is flanked by the Elysian Valley to the north and northeast, may or may not be where they got their name.

Together with her big floppy hat and his suspenders, Gail and Jacob looked like they should have been opening for Edward Sharpe And The Magnetic Zero's instead of White Lies. But once they opened up with their powerful first song "Stand Up" their melodies and especially their harmonies reminded me of the Indigo Girls. After a brief hello to the audience and introduction, In the Valley Below, went into the mid-tempo rocker "Last Soul," with some back and forth vocals between Gail and Jacob, and some nice harmony's during the chorus. It also had very strangely interesting keyboard parts from Jeremy Grant. The band directly followed with the moody "Last Soul" which was basically carried by Grant's lush keyboards sounds an Joshua Clair's consistent kick drum,

For the song "Searching For A Devil," Gail held a linked chain which she would shake on the 2 and 4 along with Clair's snare hits. The chain shake was not audible above the other instruments on stage - so it came off as being more for affect. Though I liked the song musically - Gail's voice seemed a bit shaky. My favorite song of In the Valley Below's set was "Peaches." After the show, "Peaches" was the song I remember standing out most. The song has three simple melodies consecutively strung together making it a very sweet song. (pun: obvious but not intended,) The band rocked out their set the song "Neverminders," which is a weird title because the title repeatedly sung as a chorus sounded like "Never Mind Us."

All in all, I enjoyed In The Valley Below, and it occurs to me that even I though I goofed on their stage costumes, it's their outfits that will help me remember them. 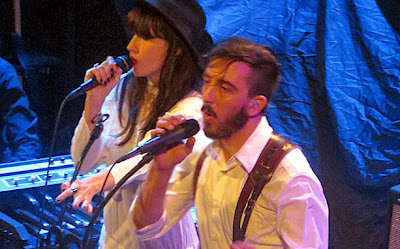 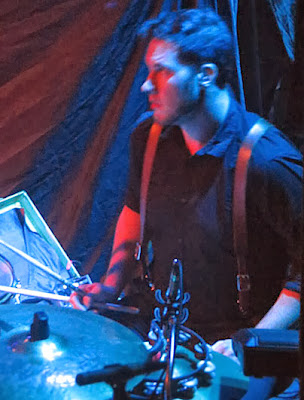 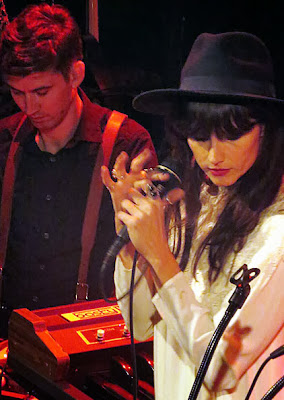 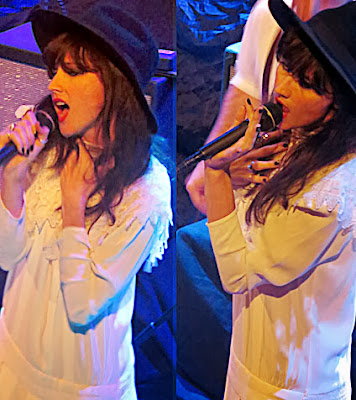 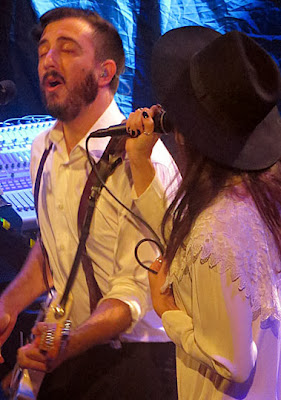 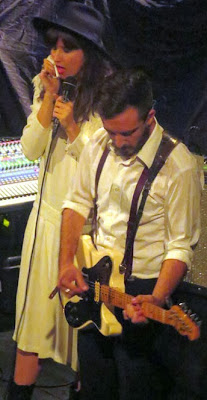 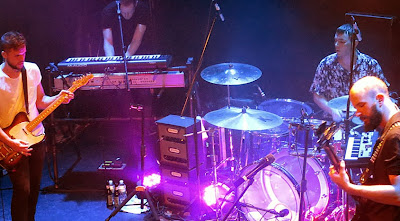 Friday night was the second time seeing White Lies and they were just as good as the first. But I felt a bit better this time, since I was closer to the stage by virtue of Bowery Ballroom being much smaller than T5. I bought the ticket 3 months ago, for the Thursday night show which quickly sold out and lead them to adding on a night. For my own convenience, I traded my ticket with a friend.

This time around the boys were here to promote their BIG TV CD, which is a really enjoyable listen. The recording isn't a big departure musically but it does seem a bit more pop, by that I mean, the songs seem to mostly have choruses that make one want to sing along.

White Lies seemed a lot more relaxed this time round. In fact, prior to show starting. I saw Harry McVeigh walk through the main floor audience, shake a few hands and stand shoulder to shoulder with a guy to take a photo. (I was watching from the balcony feeling jealous, Harry can put his arm over my shoulder anytime, never mind the slippers I would like him to keep under my bed.)

Harry McVeigh and Charles Cave were both sporting beards. This time McVeigh was wearing informal clothing as opposed to the suit he wore last time. And although Cave's shaved head was an improvement over the comb over haircut in 2011, with a long black beard and black clothing, he looked ready for a leather gay bar. (I should have went to the Eagle after the show to test my theory and see if he showed up.)

As for the music, the show was great. They did by my estimation the songs which should be the 4 hit singles off the new CD - "Getting Even," "There Goes My Love Again," "First Time Caller" and of course "Big TV." They did some songs from the first album like "Farewell to the Fairground" and "Unfinished business," but I think I would have rather heard the new song "Tricky To Love" over "EST."

Before "Be Your Man," McViegh said that Bowery Ballroom was his favorite place to play in the whole world. (Wow - that's a statement) He then said that the next song he had played hundreds of times before but fucked it up almost every time. So, for safe keeping he had a lyric sheet in front of him. Before "First Time Caller" Cave said said "Some Motherfucker has stole my set list, but lucky for you all I'm a professional musician." He got quite a few heckles and boos from the audience. He also go a very befuddled look from McViegh. I think Cave was being a smart ass and joking around but it didn't seem like it entirely came off that way.

White Lies will be playing Webster Hall on February 25th in the upcoming year. I may go without my camera or pen and pad, so I can just enjoy the concert. They're a great band, who's music I really enjoy. Really. 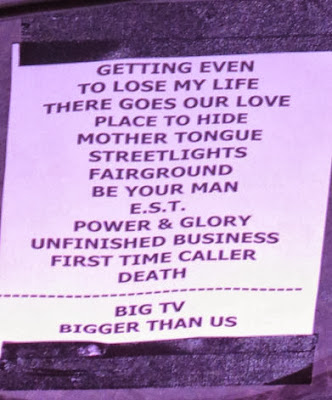 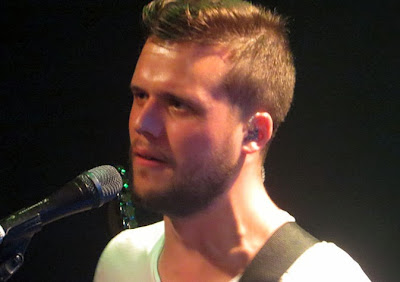 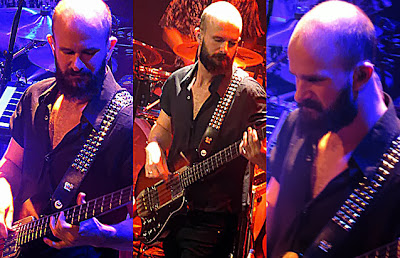 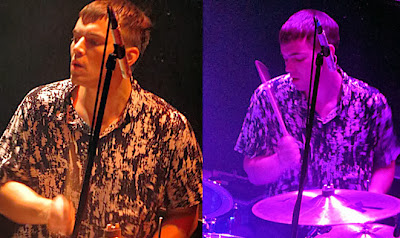 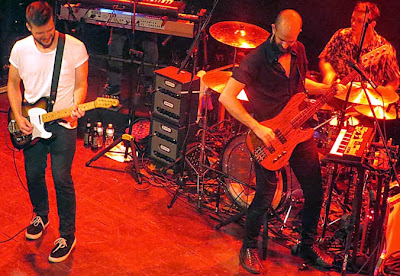 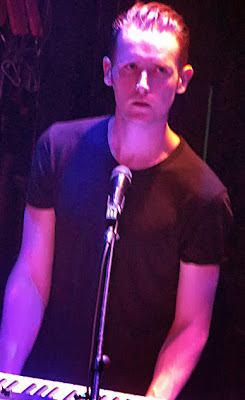 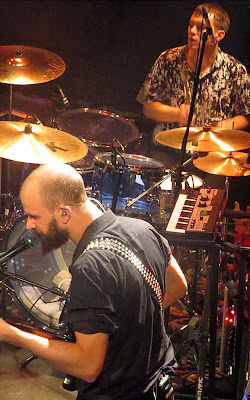 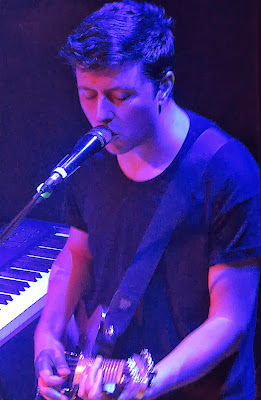 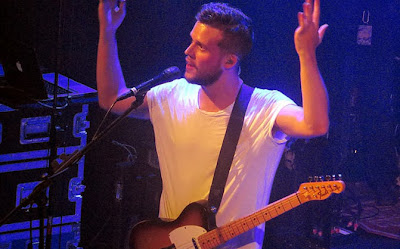 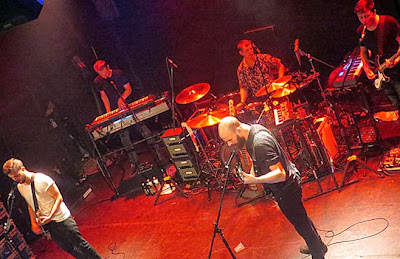 Email ThisBlogThis!Share to TwitterShare to FacebookShare to Pinterest
Labels: All Postings, White Lies / In The Valley Below