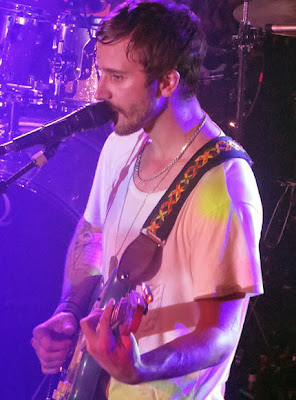 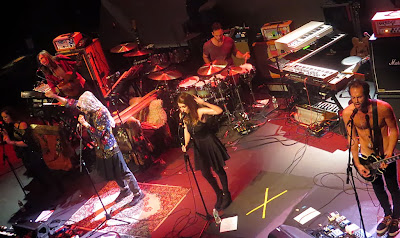 Friday night's show was amazing, both bands kicked ass. Crystal Fighters had a really fun set that was off the hook. Portugal the Man was over the top with a gazillion lights which made it difficult to take photos but as you can see, I managed to get a few worthwhile snaps. 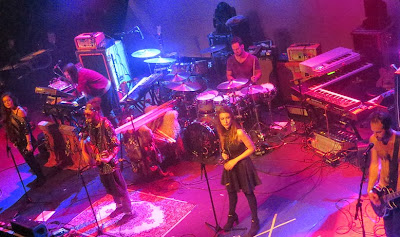 According to Wikipedia "Crystal Fighters are a British alternative dance band" that formed in London around 2007. But going by their presentation, I wasn't getting the same dance feel seeing them live as I later got by listening to their recordings. In concert, I was getting more of a tribal-indie hippie resurrection sort of feel. My friend, Jegan, said he saw Crystal Fighters when he was at SXSW last year. He also mentioned that they were big in the UK and that he was surprised they were opening for Portugal The Man.


Since Friday night was my first introduction to the band, I just thought they were wild, fun and a perfect opener. I also found that aside from Sebastian Pringle's glittering sequined hooded costume, the shirtless Graham Dickson wore his jeans low enough to keep all interested parties eyes glued. It was also interesting watching Dickson and keyboardist Gilbert Vierich occasionally play this mysterious instrument known as the txalaparta, which consisted of 3 horizontal wood planks lain across wooden horses (usually used in construction work.) Under the planks and over the wooden horses was what looked like lamb's fur.


I enjoyed Crystal Fighters suspenseful intro as the band gathered on stage. And thought that their live show was as much about the spectacle as their music I can't say there was any song that ever grabbed me or made me want to run home and find a recording of something that was performed. But I dug "Solar System" and "Champion Sound," with "You and I" and "LA" being my favorites. When my friend Jegan came back from the bathroom he said they have to had done " I Love London" because it's there hit song; it was included as a parenthetical on their set list but I don't recall hearing hit. 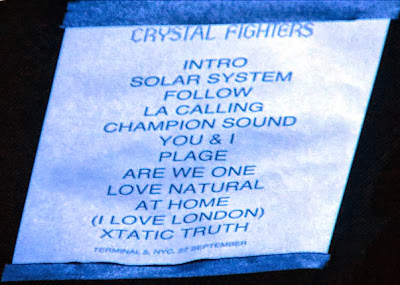 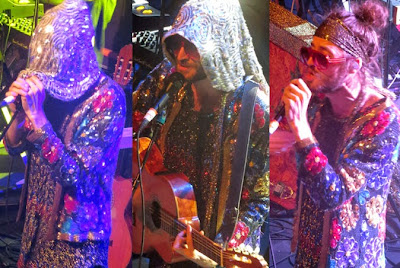 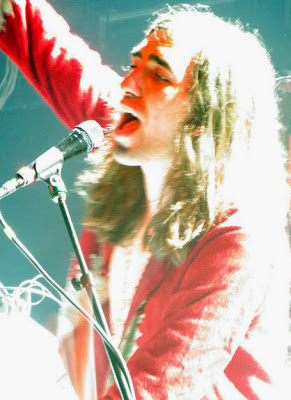 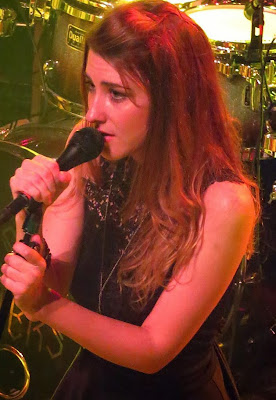 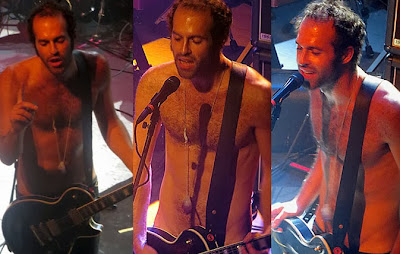 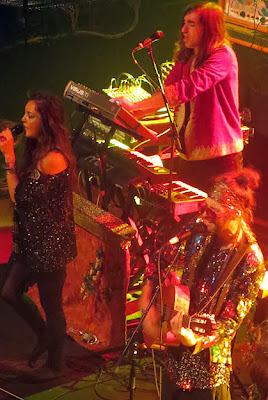 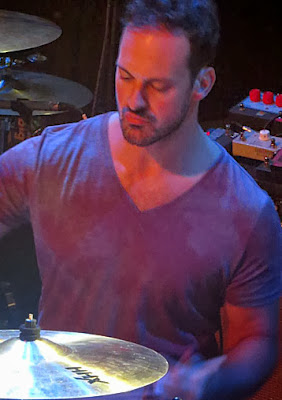 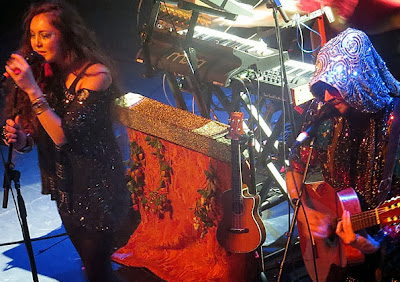 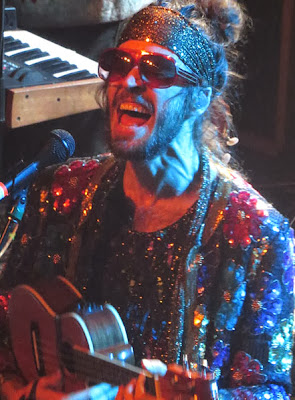 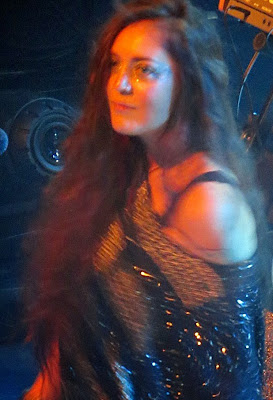 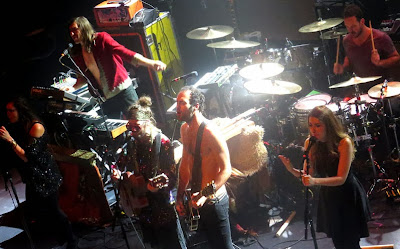 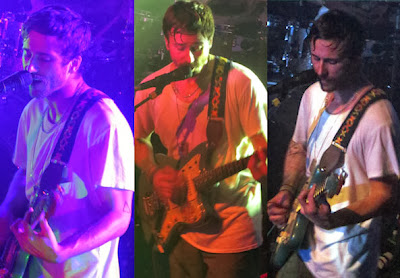 When the lights went dim and it was time for Portugal The Man's set to start, the Righteous Brothers' "Unchained Melody" came on over the sound system. I'm not sure if there was any significance in having the audience wait through the entire song, the only thing I could think of, was there was something backstage that needed tending to. Somehow, I don't see "Unchained Melody" followed by "Purple Yellow Red and Blue" as part of an optimal playlist sequence. Nonetheless, once that first song got going the excitement in the room heightened, setting the show off to good start.


During "All Your Light," it didn't take me long to decide that I still wasn't wild about John Baldwin Gourley's tenor white boy falsetto. Then again, I am not wild about Gourley's voice on Portugal The Man's recordings either but for the most part I've gotten used to it. I think it was Gourley's guitar playing and interesting songs that kept me watching and listening as was reaffirmed when Portugal The Man performed "Evil Friends."

Most of the songs Portugal The Man performed were from their current CD. However, they did do "Day Man" from the FXX TV Series “It’s Always Sunny in Philadelphia,” which they are currently known for including in their set. They then followed it up with, one of my favorites in their set, "So American," from "In The Mountain, In The Cloud" CD.


The crowd for Portugal The Man's show was totally into the show and cheered heavily as Portugal The Man kept them waiting a little longer than usual for an encore. Zachary Carothers was the first to come out from backstage with a Coke can in his hand (it might have been a beer - the can was red and silver.) It seemed as if he was toasting the crowd, as he mentioned how honored the band was to play to such an appreciative New York audience. He then acknowledged all the great Hip Hop artists and bands that came through NYC. Out of the entire band, Carothers was the player on stage who seemed to have the most fun. Though they performed a great set, compared to Carothers, the others looked like they were concentrating too hard.


I enjoyed pretty much all of Portugal The Man's songs. Aside from those I already mentioned, "Sea of Air," "Modern Jesus' and "Hip Hop Kids" were my favorites. The ONLY song that I found really disappointing was Portugal The Man's version of "Helter Skelter." The song had no tension, the guitars sounded like mush and the delivery lacked punch. Or maybe I just had high expectations when I saw it was on the set list. 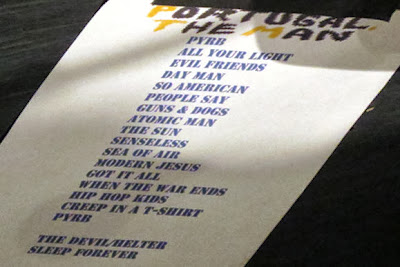 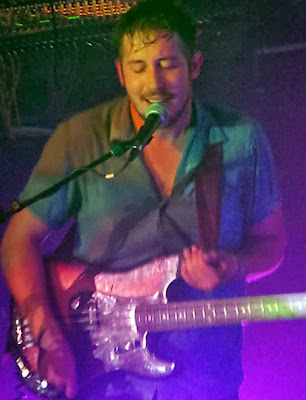 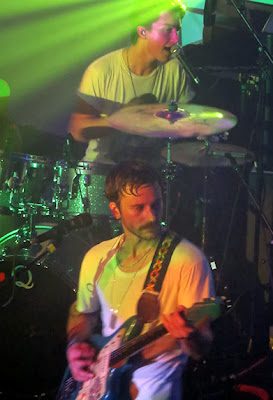 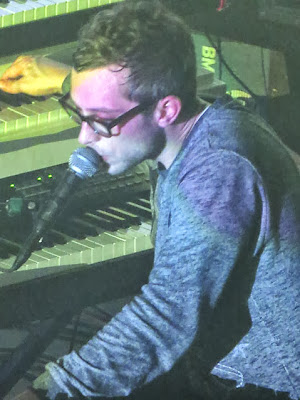 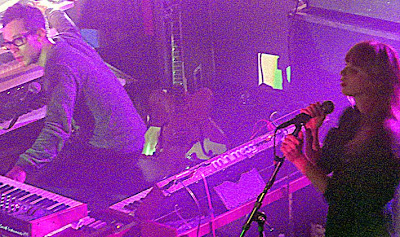 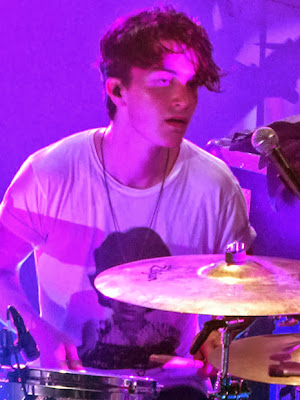 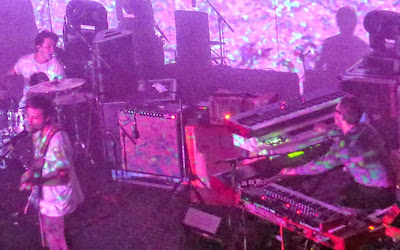 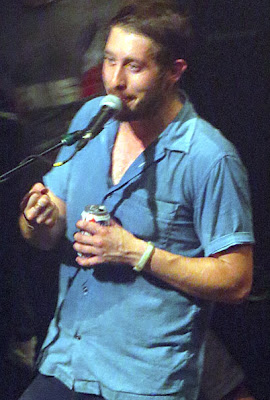 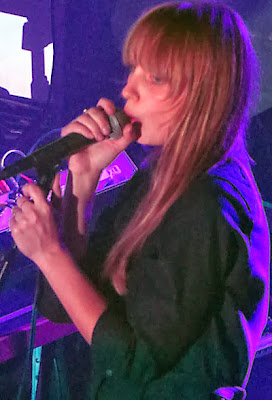 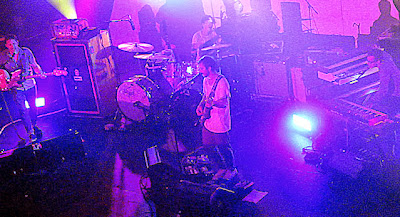 Email ThisBlogThis!Share to TwitterShare to FacebookShare to Pinterest
Labels: All Postings, Portugal The Man / Crystal Fighters