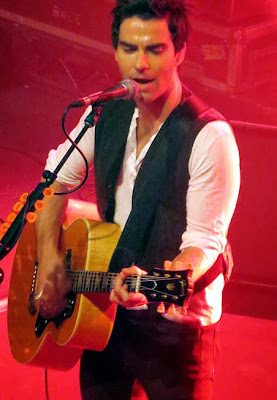 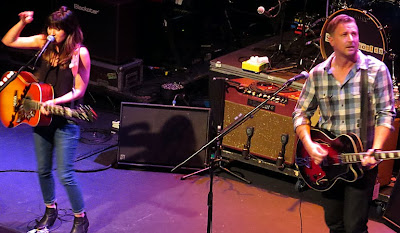 My virgin experience of Stereophonics was a great one.  The band was non-stop wonderful. The crowd definitely did not go home disappointed. The Wind & The Wave did a very short upbeat opening set but did leave their mark. The duo rocked the audience with songs that were more than just a little bit country.

The Wind & The Wave 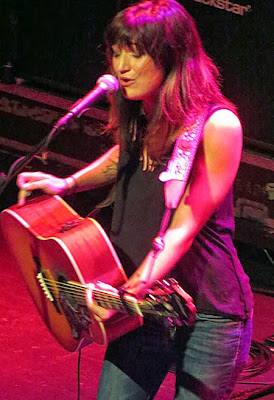 The Wind and the Wave are a singer/songwriting duo out of Austin, Texas. The spin on their efforts as musical collaborators is that their music making most importantly pleases them, rather than a recording company. From interviews, it's also clear that the duo have been in several bands and wanted something more organic.


At first, it was extremely evident - unless one wasn't paying attention - that the duo had backing tracks. On the song "Mama.." there was what sounded like a prerecorded steel pedal guitar and the constant boom of kick drum without a percussionist in site. However it was all good, I believe the heavy lifting was done in terms of Patricia Lynn's vocals and intermittent leads handled by Dwight Baker on electric guitar. (Most of the guitar work on their studio effort is done by him.)


You might say The Wind and the Wave are "Indie" since they were opening up for a rock band but to me their harmonious music sounded more like modern country. Most of their songs had a strong hooks, like in second song "Wreckage" with it's lyrical and harmonic ending refrain, on the line "We're Built to Last." Before the next song, Baker mentioned how pleased they were to be on tour with The Stereophonics and how pleased he was to hear them do "Mr Writer" and "Have a Nice Day" during the show the night before.


The duo slowed the pace down with the song "This House Is A Hotel." As with the previous song, the title was not a line that got most repeated. I found that the duo's long song titles were usually in the body of their songs and not always evident. Perhaps I picked up on that nebulous factoid because the photo I took of The Wind and The Wave's onstage set list, only had one word titles for each song and since their CD hadn't been out yet, I had to do some research


Before going into "It’s A Longer Road To California Than I Thought," Baker asked the New York crowd how they were doing and then told them how much more he liked us over Boston, the night before. Except for the first and last song of their set most of The Wind and The Wave songs were mid-tempo. Though they are song writing team, most of the songs were sung by Lynn with Baker doing harmony. On the whole, the duo left a good impression on the crowd that was there to see Stereophonics. Except for maybe the fourth song, The Wind and The Wave's set flowed, it was upbeat and under 30 minutes. 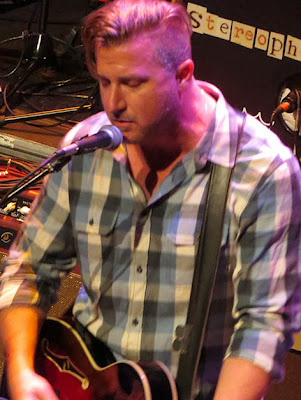 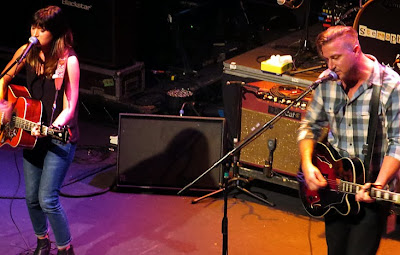 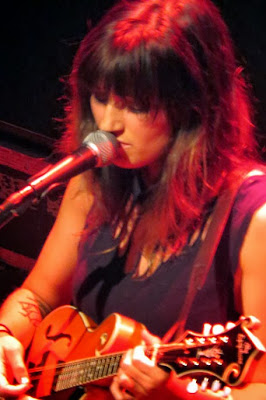 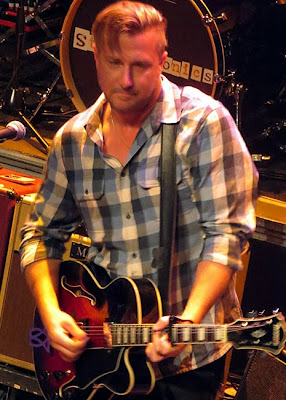 The Wind & The Wave are:
Dwight Baker and Patricia Lynn  both on gutiar and vocals 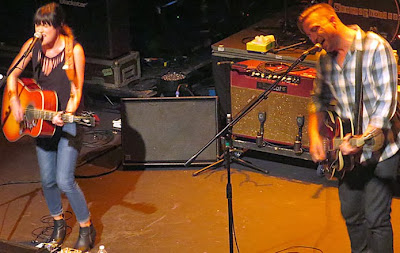 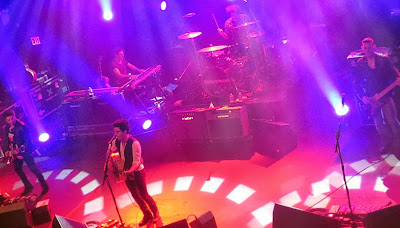 Stereophonics is a band I enjoyed in concert much more than I thought I would and would definitely see again. Way back in 1992 when they were on the V2 label, someone gave me copy of their CD "Performance and Cocktails." I didn't hate it but I don't recall anything on the recording grabbing me enough to keep returning to it. I think I played the CD all of 4 times before selling it on Ebay. (Remember those days?) It wasn't until meeting a concert going friend about a year and a half ago that Stereophonics returned to my consciousness. My friend was listing bands from across the great pond, one of which was the Stereophonics, who he said he really loved. I took his word a bought a ticket to see them on Friday night.


When the lights went out, the crowd cheered as they often do at concerts. But when the spot lit Kelly Jones playing the opening strains of "Catacomb," along with guitarist Adam Zindani, the crowd's cheer turned into a roar. The band went directly into "Local Boy.." which drummer Jamie Morrison counted off on highhats as the guitars were playing the last chord of the previous song. Morrison basically did the same for the song that followed.


I may have not been conscious of it at the concert, but what I really liked about the Stereophonics was that their music varied.  Though all of their songs had a guitar driven rock feel,  their were songs which had basic rock vocals contrasting those songs when Jones' lyrics were more melodic. Likewise, tempo's and feels changed from the hard hitting "Superman" to the sad "Graffitti On The Train" to the breezy pop "Have a Nice Day," which of course was the song when most of the audience sang along.


"Live N' Love"  and "Vegas Two Time" was the moment in the show I felt like I was getting my 60's by way of 90's musical dose (think Oasis and STP respectively.)  "Mr. Writer" was worth waiting for, with it's drum beat intro and the well know moseying keyboard riff played by Tony Kirkham.  I have to admit in preparing for the concert I enjoyed listening to songs from older recordings like "Keep Calm and Carry On," more than the current album.  But I will also admit that even my least favorite songs from the new CD like "Violins and Tambourines" were much more enjoyable - live.


My favorite songs, in a set of quite a few favorites, came during the encore with "Just Looking" and "A Thousand Trees."  I think they were audience favorites as well because they clapped all the way through both songs. Jones thanked the audience for  giving them a warm reception for their first New York concert in four years before going into their last song "Dakota." Jones promoted the audience to sing along on each chorus before the band brought the song to a crash ending which included guitar feedback as Stereophonics walked stage. 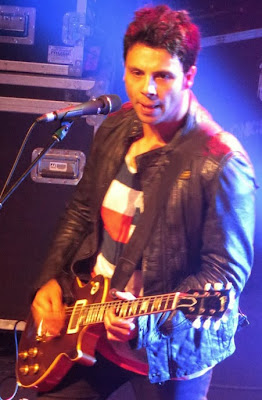 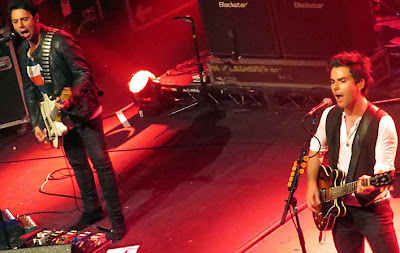 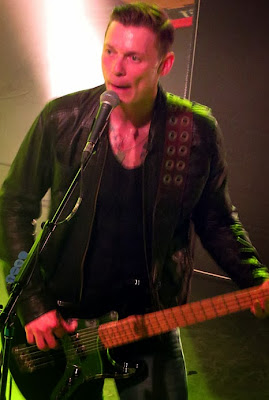 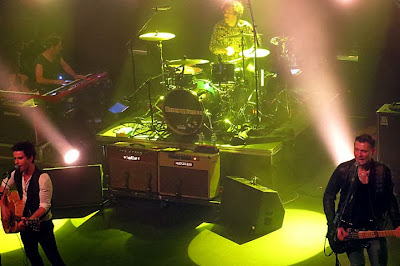 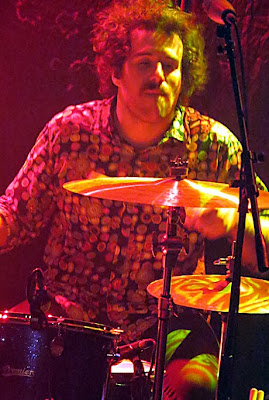 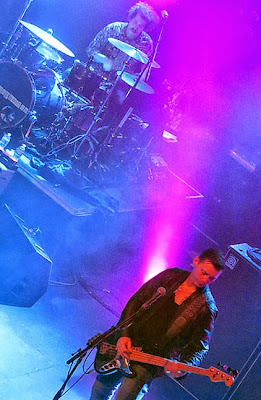 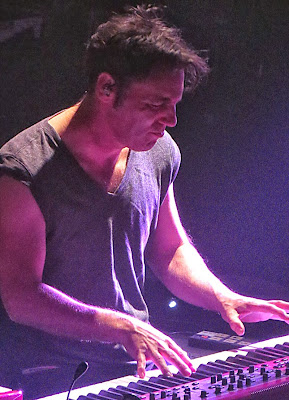 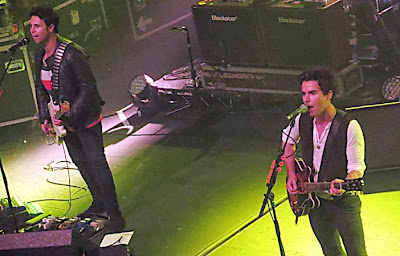 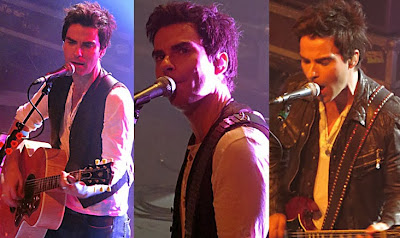 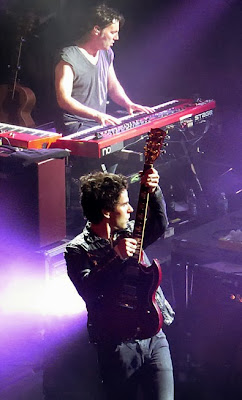 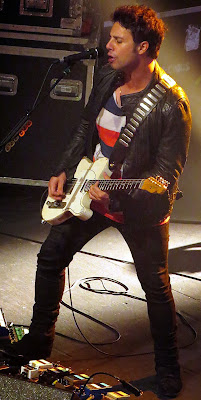 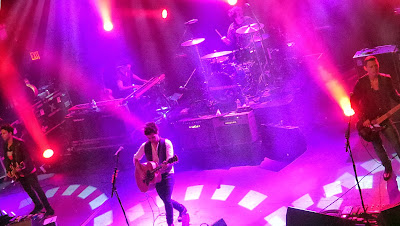 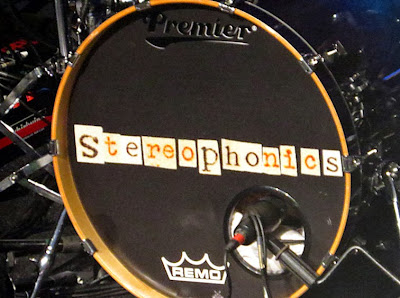 Email ThisBlogThis!Share to TwitterShare to FacebookShare to Pinterest
Labels: All Postings, Stereophonics / The Wind & The Wave