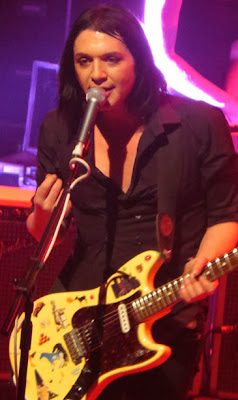 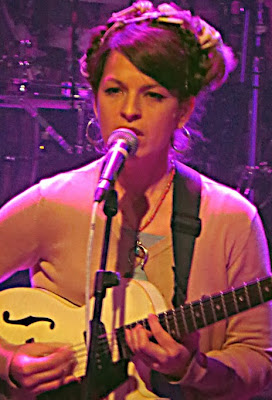 With a line (cue) all the way to 12th Avenue, Placebo's first appearance in the states in six years was a giant success.  Both the band and the audience were revved up for a great night and that is exactly what it was. 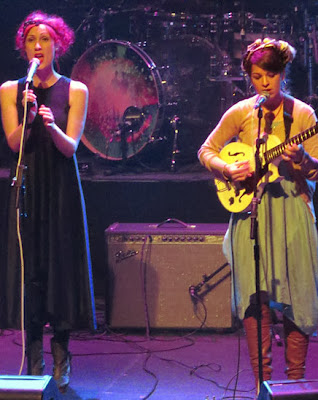 Jesca Hoop is a product of Northern California and Mormon parents. According to Wikipedia, she was Nanny for Tom Wait's kids before a demo of hers found its way to a Southern California Radio Station. She eventually received a Columbia recording contract from which she was dropped due the company's reshuffling.

On Stage, I found there was a certain quirkiness along with sarcasm, in both Hook's presence and he pared down folk songs. My first thought was that her performance belonged at Joe's Pub but not so much T5 and the thought still holds true. My second thought was Hoop and Placebo were a bad pairing, but that thought was not so true. Because if one were to strip down many Placebo songs to just acoustic arrangements, one would more than likely find a folk song.

With vocalist Emma Dean at her side, Hoop opened with her best song "Hospital," which got a large round of applause once she finished. The second Song "Four Dreams" had an childlike melody and some interesting harmonies. I think Hook might have even introduced it as a children's song. But I not sure how nicely it would fit into the children's category once it gets to the part about making a baby named June in the living room.


"Born To" and "The Coming" were the songs where Dean walked off stage and Hoop basically lost the audience. Though the first song was sweet, and the second still keeps me asking myself if it was Bruce Springsteen cover, both songs seemed to be lost in such a large room of people hearing them for the first time.


Hoop asked the audience if they wanted two more songs. Some in the audience screamed 'yes," many yelled "no," most didn't respond. I don't know if Hoop was taking it stride by teasing the audience and saying "Their coming!" twice. (talking about Placebo) or if she was actually saying the name of song she had just done called "The Coming," but the audience cheered.


Hoop did a new a new song about a constellation before Dean came back out and they ended with "Hunting My Dress."   Though I liked Hoop's songs and her vocals, I think her set lost it's momentum and felt like it petered out. I could blame it on the audience, but for the most part, the audience was respectful and appreciative. 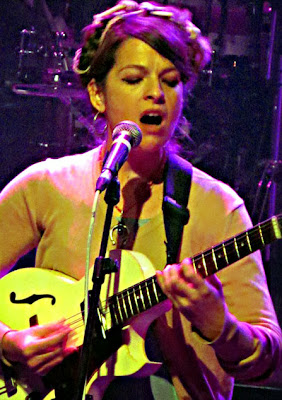 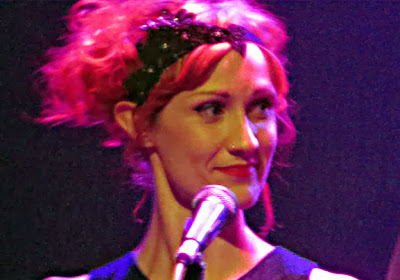 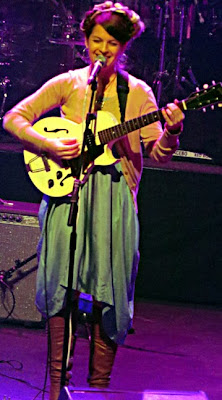 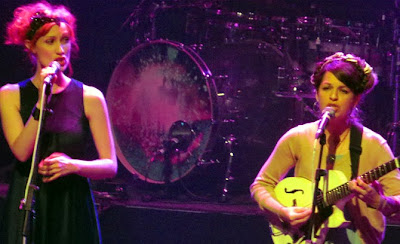 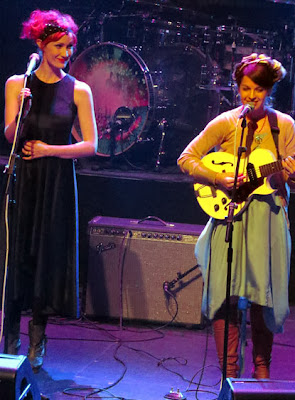 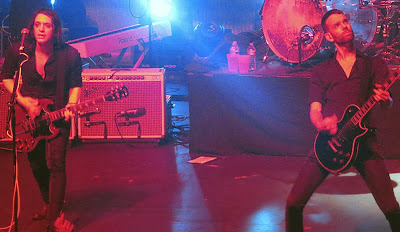 When I arrived at T5, five minutes after the hour when doors were due to open, I was not expecting a line. Once I stood in line I contemplated selling my ticket, not because I didn't want to see Placebo but because I didn't think I would find a decent place to stand once inside T5. There were the usual scalpers asking if anyone was selling tickets. I asked a scalper how much he was paying, he said $10 and I passed on the offer. $10 wouldn't even have gotten me a cab ride back to my apartment on 14th Street.


I did manage to get a decent place to stand beside a small group of German women who were in New York on holiday. The women were from, in and and around, Hamburg, which is the only German city I have ever been to. They said they were taking advantage of seeing Placebo in smaller concert venue in New York, since the band only played large arena's in Europe. (The way they described it, I envisioned bigger than Nassau Colosseum but then again it may have been the accent.) The women also told me they arrived at T5 early and were directly escorted to a rooftop terrace, which I didn't even know existed.


When the room went dark, Placebo started the show with the recorded music, it might have been one of their songs but all I can remember is the descending bass line. After four minutes, the recording quickly faded and the band walked out to the beginning synth riff that kicks off "B3." Once the crowd roared and the first song was underway, the bad prelude was forgiven.


I have heard the name Placebo for a very long time, but never bothered to seek them out. No reason. I guess no one ever said - "hey man -you have to listen to this band" , nor did I ever feel inclined. So I'm glad that when I decided to give them a listen it was upon the release of the current CD "Loud Like Love." Once I got past the fact of Brian Molko's voice sounding like an irritating mixture of Michael Stipe (REM) and Neil Tenant's (The Pet Shop Boys,) I really loved the songs. Some of lyrical themes sound really gay, but that may just be what I picked up on. The audience for the most part seemed neither straight or queer, they seemed mostly European. (Which reminds me of the Coneheads on SNL reruns saying they were from France.),


Placebo relentlessly went through their set of powerful songs starting with "For What It's Worth." The band made sure that their heavy guitar sound was constant throughout the show. Because even when bassists Stefan Olsdal wasn't switching off to guitar, there were always two other guitars being played by tour musicians Bill Lloyd and Nick Gavrilovic. What began to break up the show musically was when the piano was rolled out for Olsdal to play on "Too Many Friends," one of my favorite songs on the new album.


The thick wall of guitars sound came back full force when the band got to the new album's title cut. During the song, a large number of the shoulder to shoulder crowd members danced in place to Steve Forrest's backbeat. The band pulled back a little by following up with "Twenty Years" which was released as a single and also appeared on their Placebo's 2004 best of compilation CD.


Before "Scene of the Crime" Molko said "It has become my experience that over time, in every single relationship, there seems to be a point of transgression and when that occurs, I think it's sensible to applaud it." The three songs that followed were all from the current CD ending with my favorite "Rob The Bank," which after playing Molko stated he "just had moment of recognition." He then said, " I recognize you two, (pointing out two people in the audience,) I stood behind you in the cue at Starbucks today....I bullshit you not!"


Placebo did a new arrangement of  "Breathe Under Water," which was introduced by Molko saying "When I think of a song from the 80's that we like to cover, we often do a cover version of our own songs." Not that I was completely familiar with the original arrangement but the new one is perfect and worked really well in the context of Placebo's set.


I was enjoying the show and didn't want it to end but the trilogy of songs from "..Say Goodbye" to "Exit Wounds" made me feel like any one of the songs might be the last in Placebo's set. However, there were three more songs after the a fore mentioned which made it feel like we were getting the encore from the band without them leaving the stage.


Once Placebo left the stage and came back with the actual encore, they returned with a song from their first album then followed up with "Running Up That Hill." If I had to go to the bathroom, then would have been the time. I give the band credit for doing the Kate Bush classic, but their version lacks the intensity of the original making it pretty boring.

When the band finally concluded with "Post Blue" and "Infra-red" it felt like the band ended on high note with two of their best songs. I think the audience felt the same way. 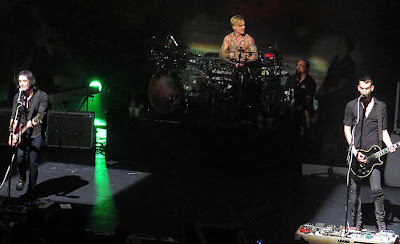 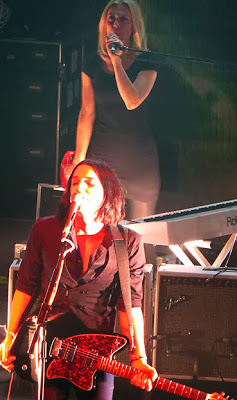 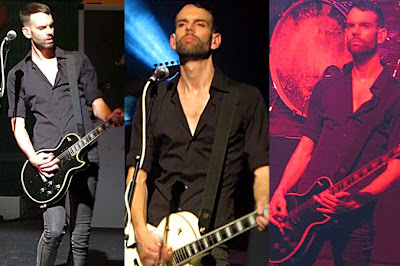 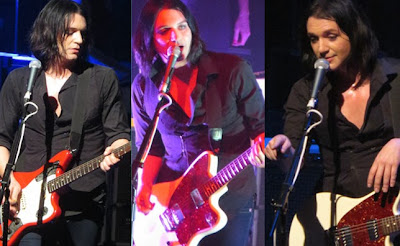 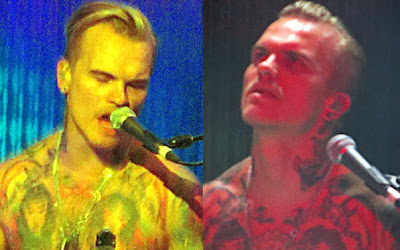 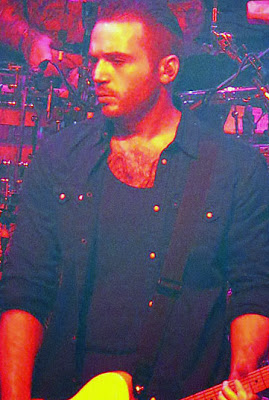 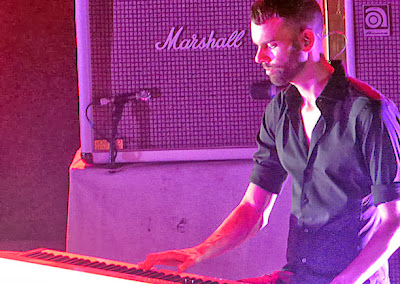 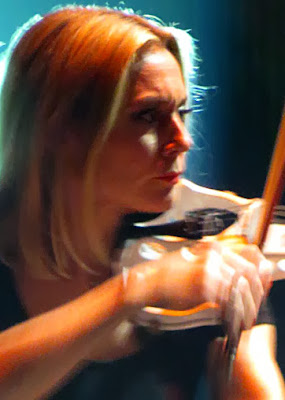 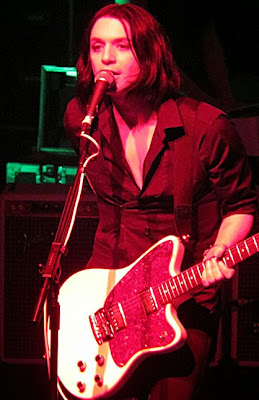 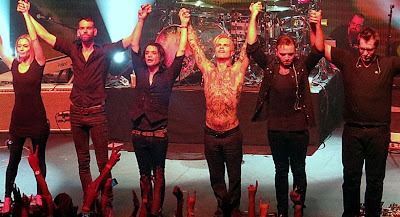