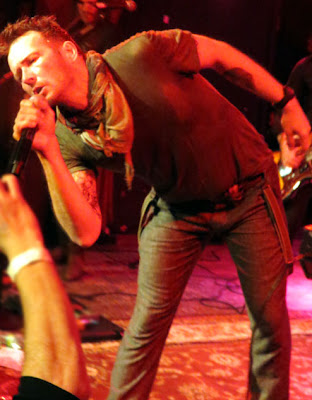 On Sunday night, when I arrived at City Winery, I was not expecting a standing room show. So, I checked my coat and then stood in front of the stage.  As I was trying to strap my camera bag over my shoulder, I dropped my camera on it's face.  The whole room heard as my camera hit the floor.  As I picked up my camera, I felt like there was a neon sign over my head which read "POOR STUPID FUCK!"  Unfortunately, my camera's zoom lens was broken but I managed to take a few not so great photos. 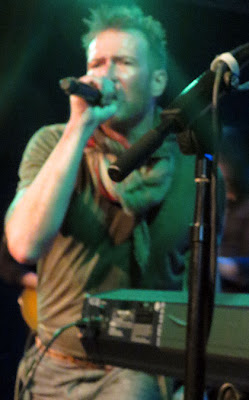 The show on the other hand was awesomely good. Scott Weiland & The Wildabouts performed a real rockin' set that included Bowie, Jane's Addiction and Libertines covers and a Doors cover during the encore. Most of the Stone Temple Pilot songs didn't sound much different from the original band arrangements but one or two songs like "Creep" felt forced losing their original angst. Weiland also performed "Paralysis" from his second solo album "Happy In Galoshes."

After waiting an hour and half for the show to start, The Wildabouts started the set with an intro-song, allowing Weiland to make his "Cracked Actor" entrance with a scarf around his neck, aviation sunglasses and a lit cigarette.  The only thing that was missing was a human skull in hand. Though the audience easily forgave Weiland for his tardiness, his bad boy diva entrance only reminded me that I had been standing for an hour and half. 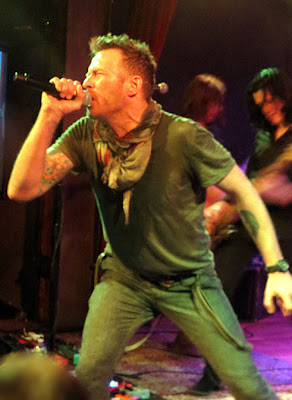 Weiland clearly stated that David Bowie is one of his greatest influences. Therefore, being a die-hard Bowie fan myself, I was easily won over once the band broke into "Jean Genie." It occured to me, with dance moves that make it seem like he's going to fall backward, Weiland moves like Bowie. Though it didn't seem to me that Weiland copped Bowie's moves but rather internalized them as his own.

For lack of better way to put it, being predominantly made up of fans in their late thirties and early forties, the audience seemed very Classic Rock.  Yet, the crowd did have it's share of young men and woman who were younglings when Stone Temple Pilots were in vogue. And among them all, were a few wanna be musicians enjoying the spirits and yelling out things at the band. There was one guy behind me who kept yelling out to the Wildabout's keyboard/guitarist Doug Grean , asking, "Hey, What's the drummers name." Grean finally answered on mic,"His name is Dan - we call him DT."

Whenever Weiland spoke to the audience it was always about the music itself (as opposed to what he had for breakfast), For example, after the song "Kitchware & Candybars" Weiland told the audience that the song he just performed was originally supposed to be released as a single and that the record company (Alantic) kept coming up with edits.  He said they either wanted to cut out a verse, or a chorus or a guitar solo - but Weiland said he didn't want them to fuck with the song - he preferred to keep it "precious." 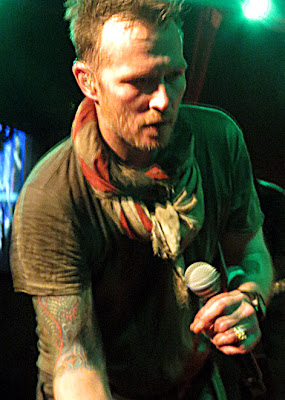 Weiland mentioned that the last time he and The Wildabouts were at City Winery, they did a somewhat jazzy sort of show.  I hoping that happens again.  Because now that I've seen Weiland play rock star, which he does very well, I would like to see other personas of which I'm sure there are many. 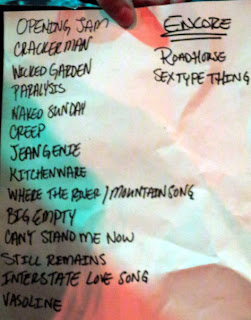 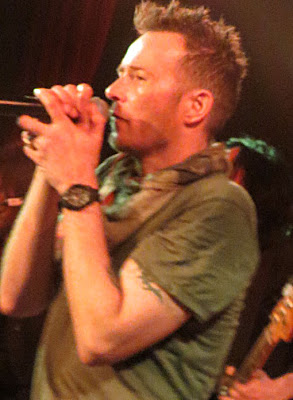 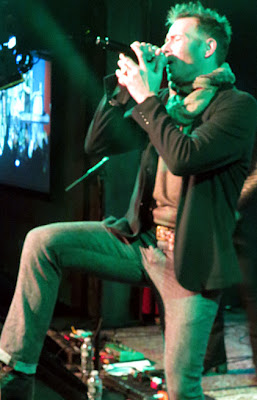 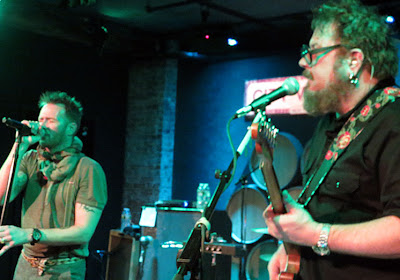 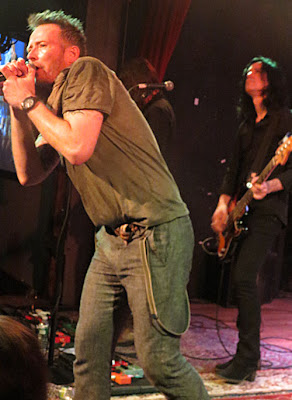 Email ThisBlogThis!Share to TwitterShare to FacebookShare to Pinterest
Labels: All Postings, Scott Weiland and The Wildabouts / Purple At The Core Tour