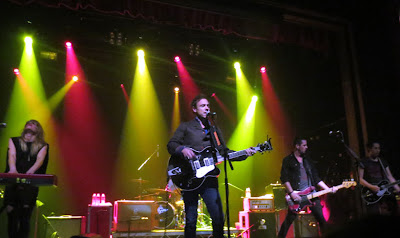 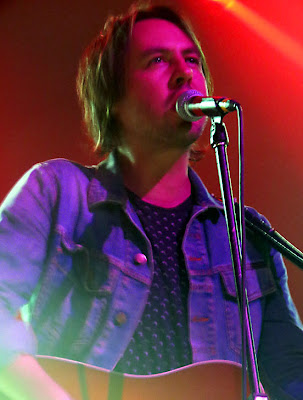 Wednesday night's Airborne Toxic Event show was the best I've seen so far.  It was fun to be part of the audience as we stomped, danced and sang along with both bands. 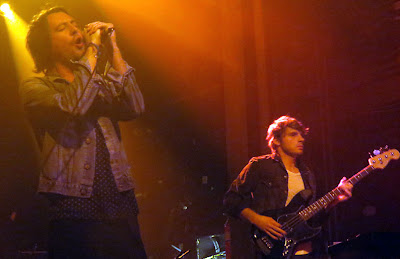 The show opened with a band out of the UK named The Chevin.  The band is from West Yorkshire and the band's name refers to the ridge that overlooks their town, Otley.  Upon listening to Matt Steel's guitar on The Chevin's single "Champion" and the opening song of their set, I first thought they sounded like U2. But as I listened further, my original perception was only to fill a need to pin down their sound which is propelled by a Jon Langford's heavy bass and Coyle Girelli's excellent tenor vocals.  Adding to band's sound are sprinklings of keyboard sequences and pad sounds.

My favorite songs in The Chevin's set were the percussive "Dirty Little Secret" and '"Blue Eyes" which was a departure from their other songs by having more of an Americana feel. "Blue Eyes" also warranted a sing-along which the audience gladly joined in on.  The band ended their set on a high note  with what was the first single from their debut album "Borderland." 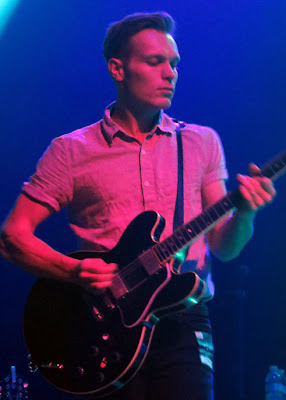 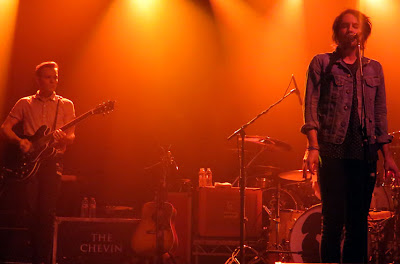 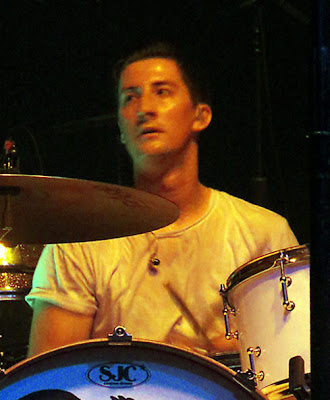 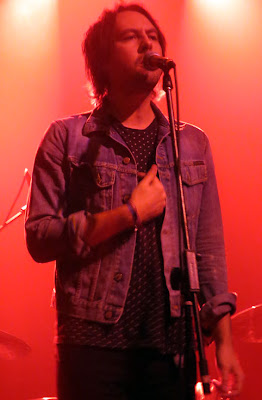 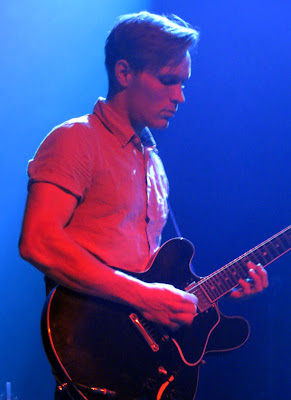 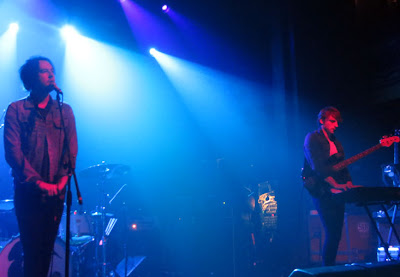 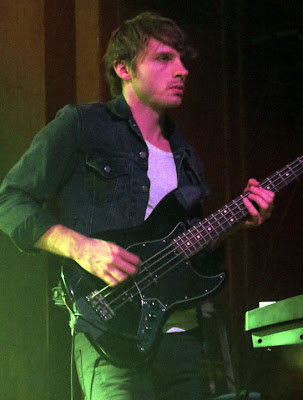 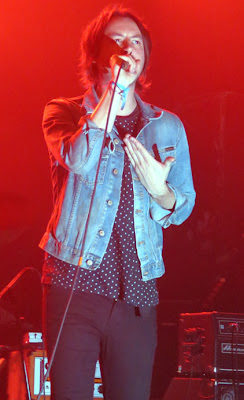 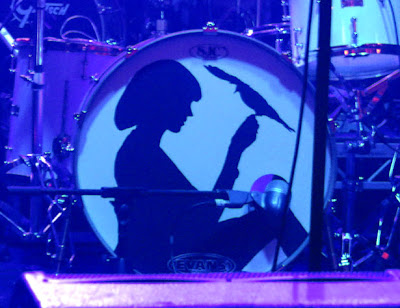 Mike Jollett stated that Wednesday night was approximately the band's 800th show. For me, it was the 3rd time seeing them as they performed a set that was a full out rock show that flowed from beginning to end.  Jollett joked, before going into the song "What's In A Name,"  said that the show on the night before sucked and by comparison would not be as good as Wednesday night's show. He emphatically said "Tonight's the good night!"  But once he blew the beginning of the song that followed, he gave bassists, Noah Harmon, a look before revealing to the audience that he might have jinxed himself.  Regardless of whether or not that was the case, it was all in good fun.

All the elements I liked about Airborne Toxic Event, two and a half years ago, are still there. They still seem like 5 very different personalities and, still interact well with each other and the audience in very playful ways.   Viola player, Anna Bulbrook didn't body surf this time around, but I did see her politely pull away as a hand in front of the stage extended the invitation.  Guitarist, Steven Chen,was announced  by Jollett as having gotten over the night before's flu bug and no longer looking as green.  However, Chen strutted around, as did his band mates, giving his best rock-n- roll stances.

Airborne Toxic Event did some new material from their long overdue recording to be released sometime this year.  I especially enjoyed, the new single "Timeless," which Mikel said he had written awhile ago but originally thought it was too corny to record. He said it was essentially about missing the people in his family who had passed away.  I loved the "Missy" Encore Medley which has grown and morphed since the last time I saw the band at Town Hall.  But just so you know, I would have went  home loving the show even there wasn't an encore.

Airborne Toxic Event's Setlist
1. All I Ever Wanted
2. The Secret
3. Numb
4. Changing
5. What's in a Name
6. Gasoline
7. Does This Mean You're Moving On?
8. Papillon
9. Wishing Well
10.Timeless
11.This Losing
12.Welcome to Your Wedding
13.Sometime Around Midnight
14.Innocence 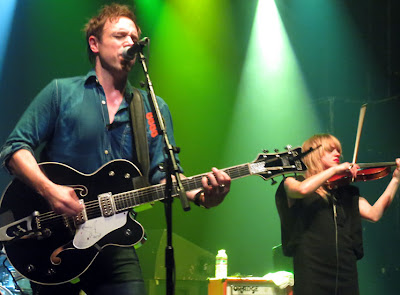 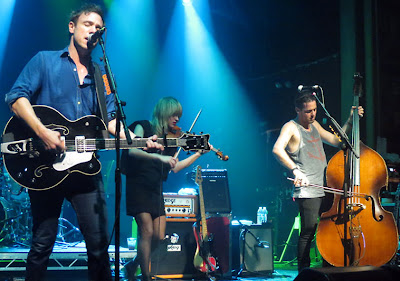 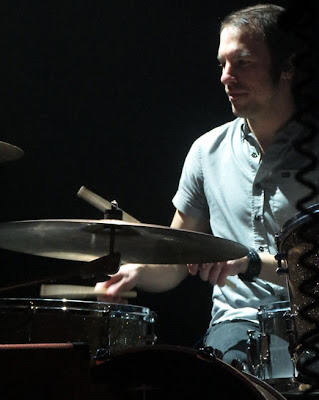 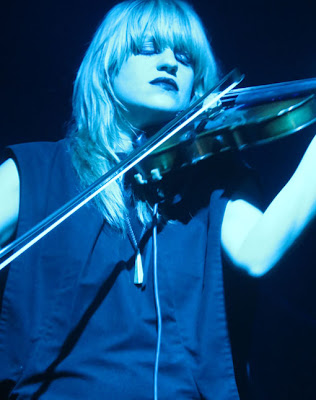 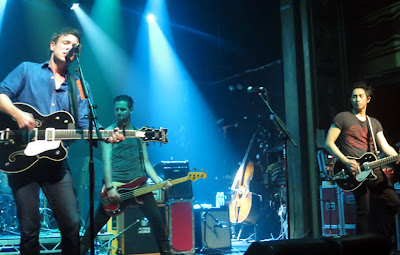 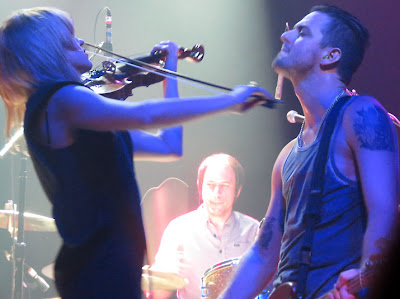 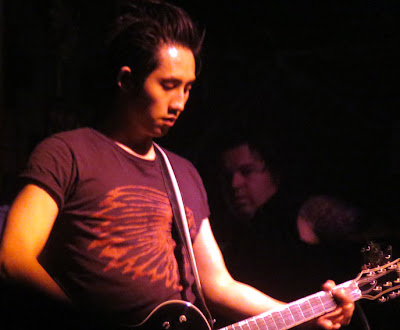 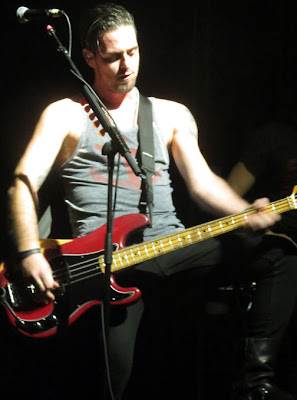 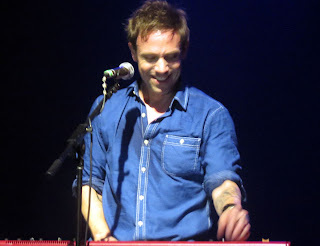 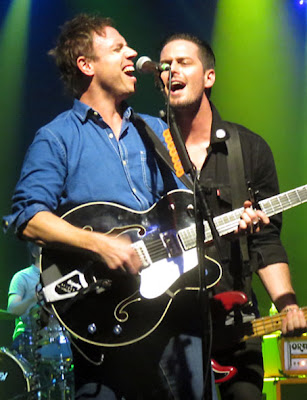 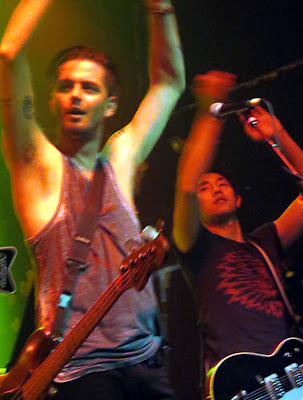 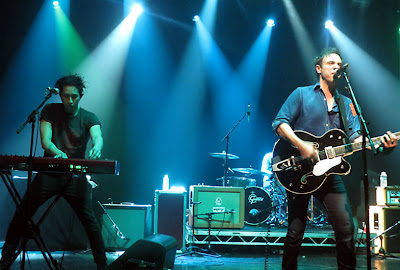 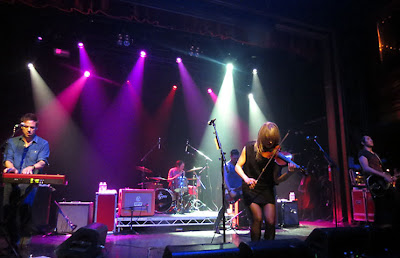 Email ThisBlogThis!Share to TwitterShare to FacebookShare to Pinterest
Labels: Airborne Toxic Event / The Chevin, All Postings