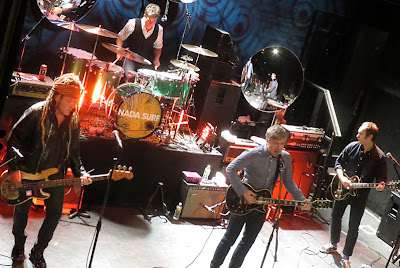 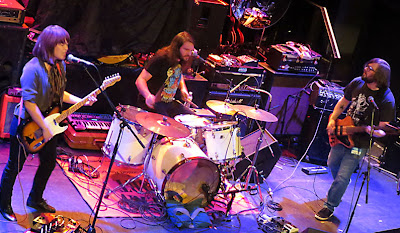 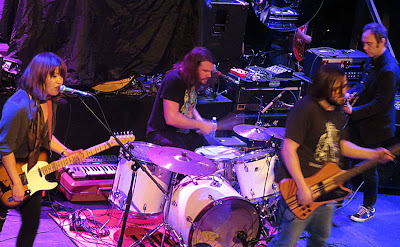 Eternal Summers is a band that started out as a duo and has recently added Jonathan Woods on Bass. Though, they're labeled as somewhat post-punk pop, their live sound puts more emphasis on punk. Since most of Eternal Summers songs are under 3 minutes long, they managed to get 13 songs into a 45 minute set with Nada Surf's lead guitarist Doug Gillard joining them for the last 3 songs.

I honestly appreciated Eternal Summers set more than I can say I loved it. Their performance had a good energy which was definitely felt by the incoming audience as it gathered for Nada Surf. But I personally wished I had listened to Eternal Summers newest CD "Correct Behavior," before seeing them in concert. I really like a lot of the songs on the CD and would have appreciated them more in concert. Oh well. My favorite songs of the evening were "Wonder,""You Kill," and "Girls In the City," which was the one song featuring Daniel Cundiff on vocals. 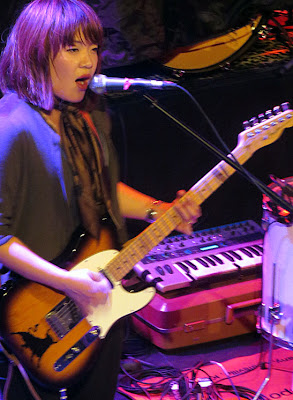 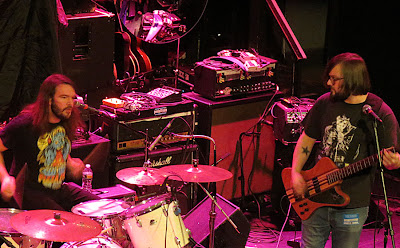 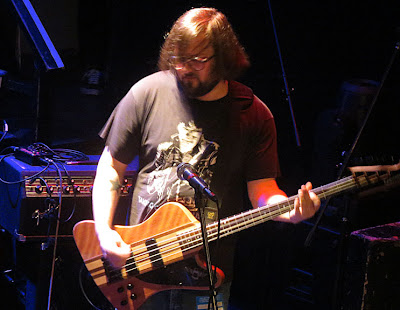 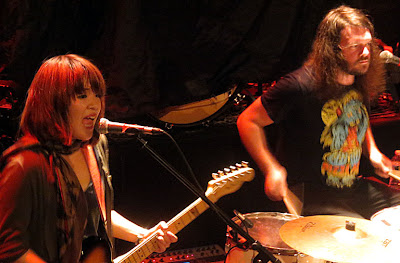 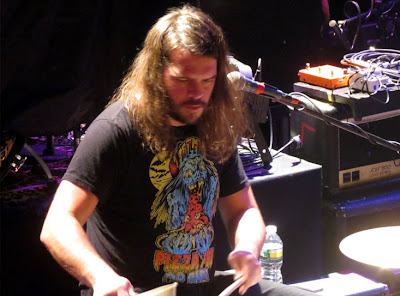 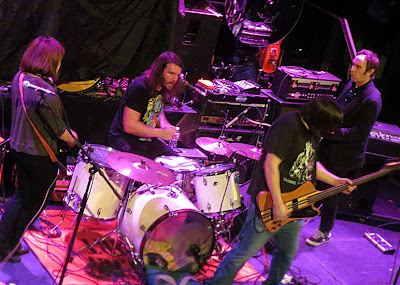 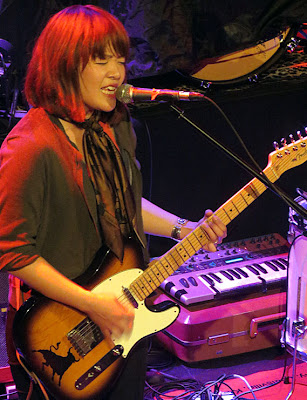 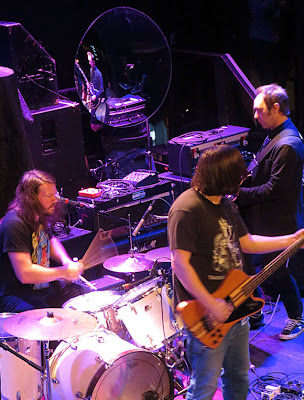 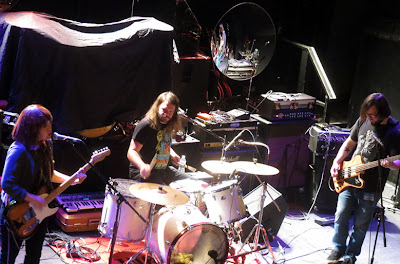 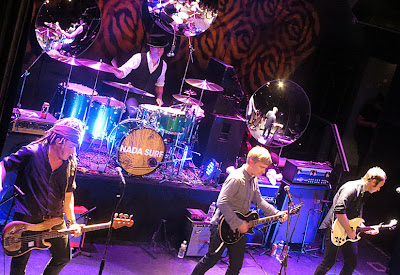 Weekdays, I usually watch about 15 minutes of CNN while getting dressed for work, then read a free newspaper on the subway and listen to either WNYC or WFUV radio when I get into the office. But on Friday, December 14th, I decided to work from home and without meaning to, blacked out the days news by listening to Nada Surf's "The Stars are Indifferent to Astronomy," for most of the day.

The reason I'm writing about my day is that I had no idea what happened in Newtown until Nada Surf walked on stage and Matthew Caws said he wanted to take a moment to speak about the horrible shootings in Connecticut. Caws said he didn't want to get political but needed to acknowledge that the shootings were something that kept happening in the US and that the problem was something that we as a nation needed to be address. Actually, it seemed like he needed to talk about the incident before the band could enjoy making music for us and we could enjoy the band.

Except for a coworker telling me that Nada Surf had a song named "Popular" back in the day, I knew little more of their music than the new CD. That didn't matter because I found both their songs and their performance were accessible. Frontman Caws had a great rapport with the audience, but often spoke with a strange cadence which left me wondering if that was the way he actually spoke or if he was just being playful. Both drummer, Ira Elliot, who wore a tophat at one point and bassist, Daniel Lorca, who was non-PC by smoking a cigarette on stage, looked as though they were having fun.

It's hard to say which songs were my favorite because I found myself enjoying the entire show. However, I did walk away wanting to hear "Whose Authority" and "80 Windows" one more time. The set list below looks pretty long, but the set was really so good that I didn't mind it's length. Nada Surf kept the their entire set interesting, especially by ending with "Blankest Year," which involved participation by a very willing and loving audience. 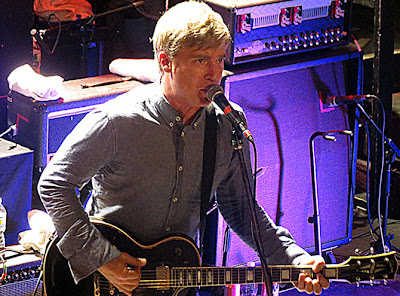 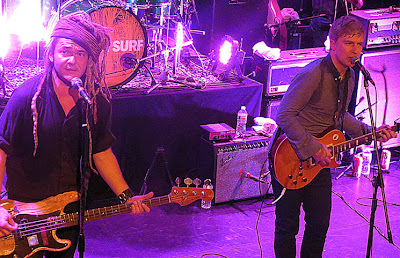 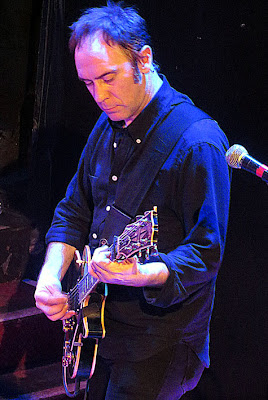 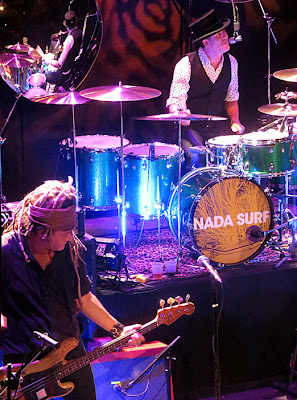 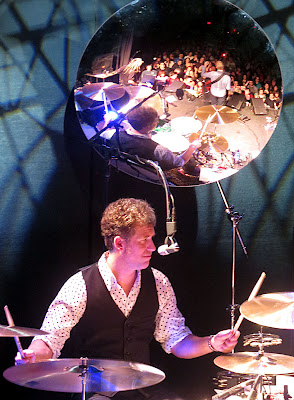 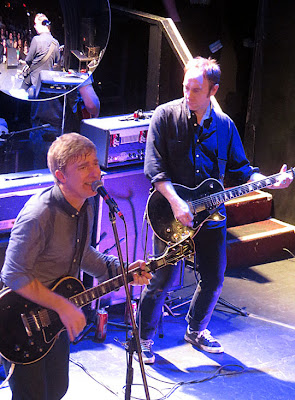 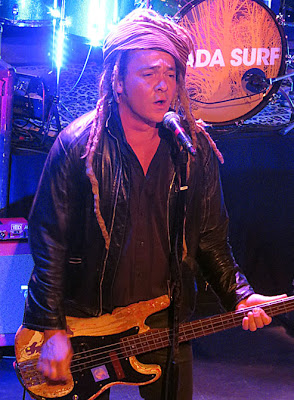 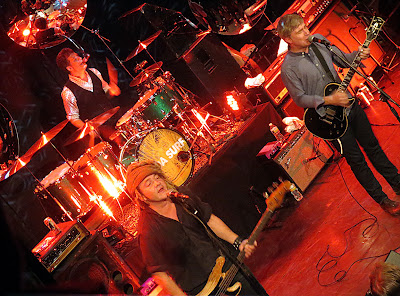 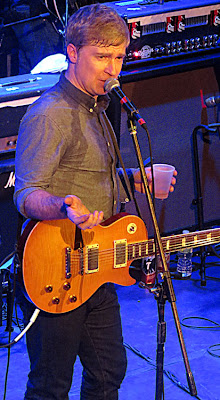 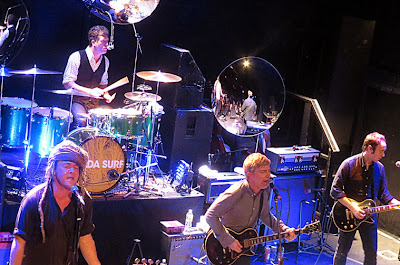 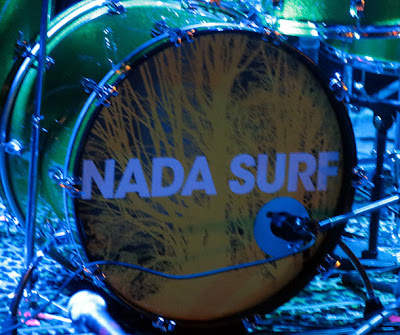