Devotchka / Clare And The Reasons - Music Hall of Williamsburg - September 16, 2012 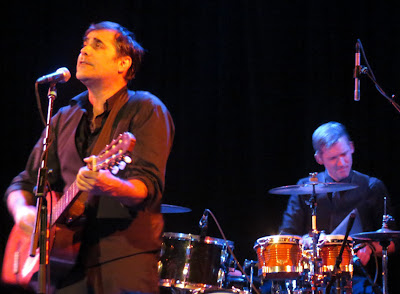 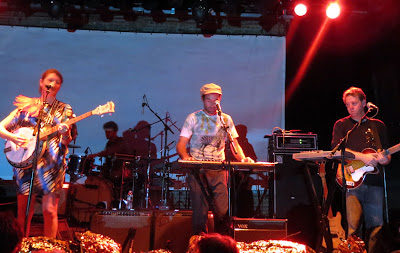 Clare And The Reasons 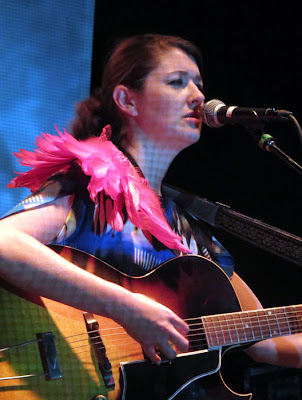 Clare and the Reasons are a band out of Brooklyn who I’ve wanted to see since they played Le Poisson Rouge in August of this year.  The band has been promoting their new CD titled KR-51, referring to a model of old moped, which they used to get around on for the eight months they spent in Berlin.  When the band was recently on WNYC radio's Soundcheck, Clare Manchon expressed that the time spent in Germany was not out of a desire to follow in the footsteps of Brian Eno and David Bowie. She stated that Germany was more of  a different yet comfortable place for recording after doing the bands first two recordings in the states.

Opening up their set with the “The Lake,” Clare and the Reasons went directly into “PS.” I thought the two songs worked really well together, with the first being very hauntingly Kate Bush followed the second which opened up into a pronounced beat.  One of my favorite songs in the bands set was “Colder,” which I really appreciated for its sparseness as well as its dynamics.

As I watched Olivier Manchon and Bob Hart weave (play) small parts together to create a song, I couldn’t help but think of that famous quote attributed to Miles Davis about the space between the notes being just as important as the notes. Keeping in mind, all that I have already stated, I would describe Clare and the Reasons music as classically influenced, a little dark and somewhat dramatic.

Clare and the Reasons’ set ended with a many of the instrumentalists, who would play during Devotchka’s set, joining the band to sing the last song.  For me, it was another reminder of how much the 12 step philosophy has been integrated into our society.  “This Too Shall Pass,” is well known as an AA slogan. 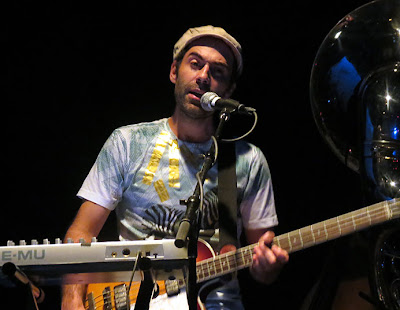 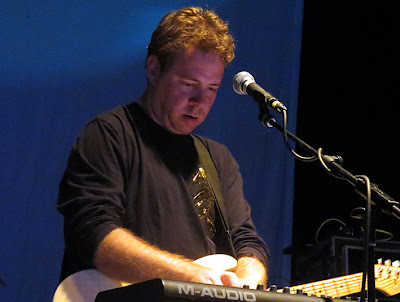 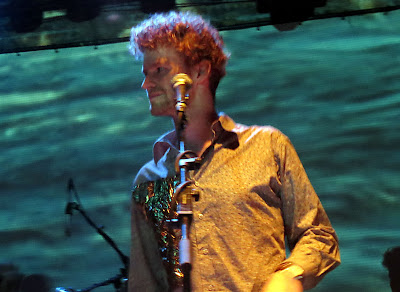 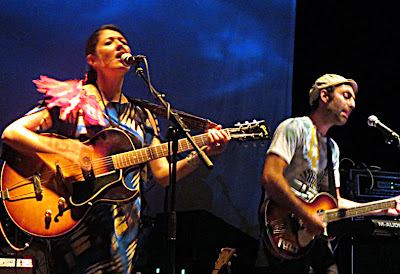 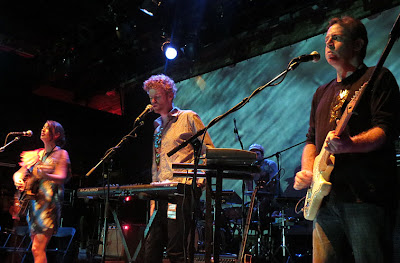 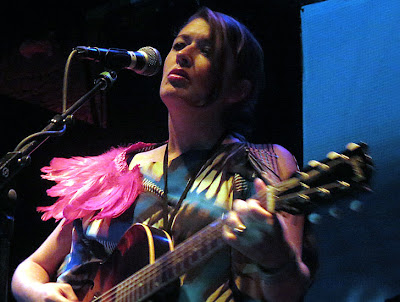 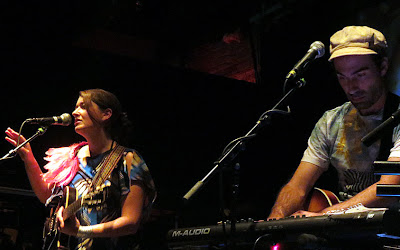 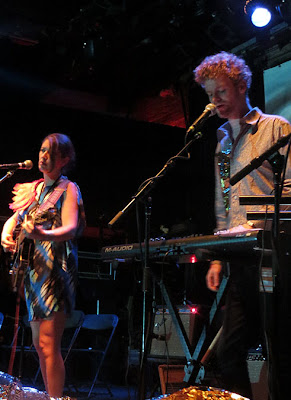 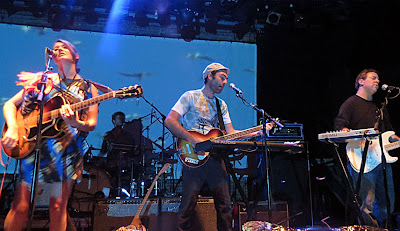 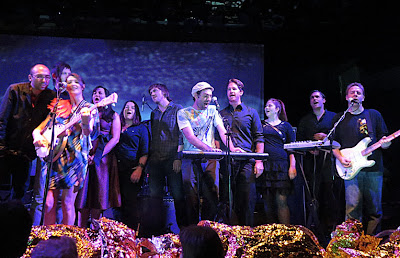 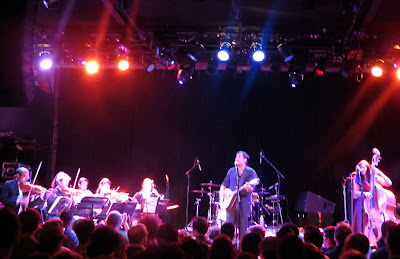 Devotchka is a multi-instrumentalist ensemble out of Colorado, which is to say that they are definitely not your Mom and Dad’s rock-n-roll band.  Lead by vocalist Nick Urata, the bands name is the word for “girl” in Russian.  After hearing them play an entire set, I would characterize their music as being influenced by music spanning from Eastern Europe, Europe, Mexico and South America.

I don’t ever recall seeing a rock band where a melodic bassline is played on a sousaphone (tuba) as done by Jeanie Schroder on “The Clockwise Witness.”    Aside from Urata, who was front and center with guitar in hand,  Shawn King switched from drums to trumpet once or twice as he did on “Along The Way.”  And Tom Hagerman, moved a couple of times from the playing violin and accordion to the Nord keyboard that was almost hidden upstage.    Aside from the band members there was the addition of two violinists, one of whom was Olivier Manchon (from Clare and the Reasons,) a cellist, a clarinet and oboe player (one of which I believe later doubled on trumpet at one point.)

I loved all of what I heard from Devotchka, and have made a promise to myself to make sure I listen to more of their recordings. But as for favorites from the show, "You Love Me" is at the top of my list with "Firetrucks On The Boardwalk" and, of course, "How It Ends," close behind. It was a wonderful set.

Devotchka Set List
1.The Alley
2.The Clockwise Witness
3.Along The Way
4.The Common Good
5.Comrade Z
6.All The Sand In All The Sea
7.Firetrucks On The Boardwalk
8.Undone
9.Queen Of The Surface Streets
10.We're Leaving
11.Contrabanda
12. You Love Me
13.Enemy Guns 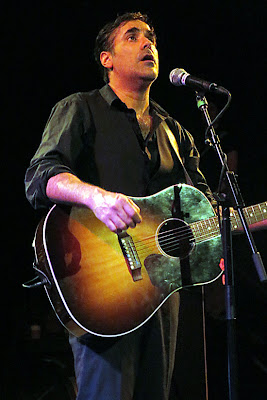 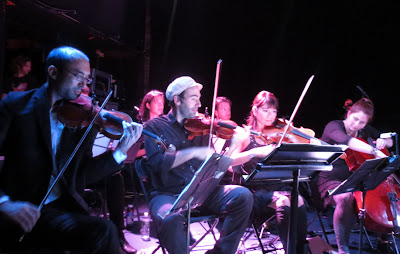 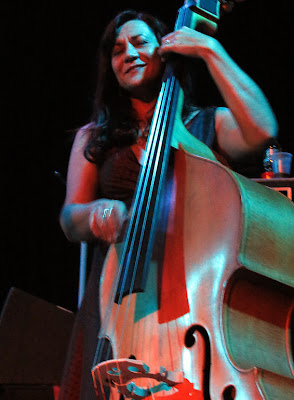 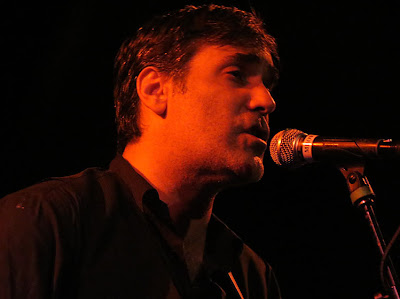 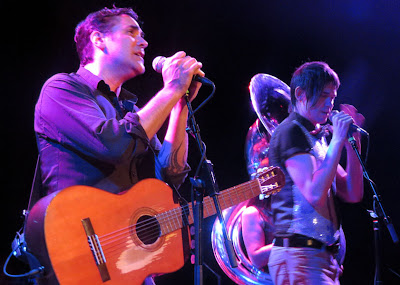 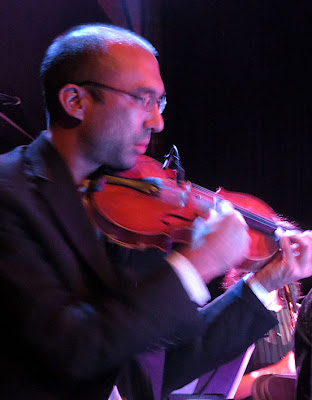 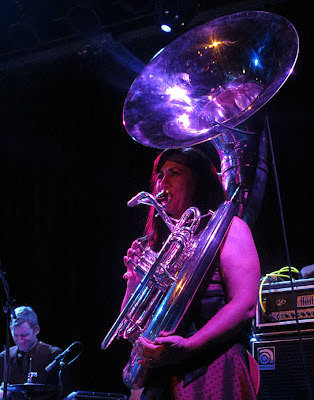 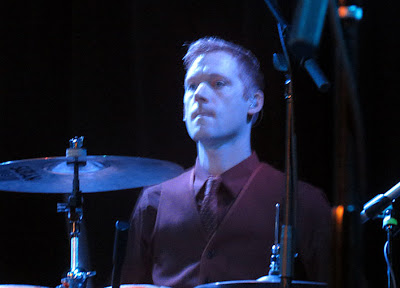 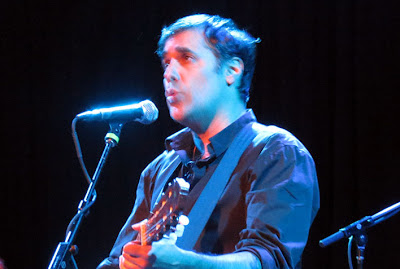 Email ThisBlogThis!Share to TwitterShare to FacebookShare to Pinterest
Labels: All Postings, Devotchka / Clare And The Reasons