Two calanders I constantly keep on eye on are The Bowery Presents and Joe's Pub.  Besides having an interesting name, Diego Garcia's bio peeked my interest enough to make sure I got in to see Wednesday night's show.  My first impressions were all good.  I noticed there was little a bit of an Indie thing going on which I attribute to his love for bands such as the MC5 or Iggy Pop and the Stooges, as well as his work with his previous band Elefant.   But I mainly noticed a latin feel to his music which leaned towards romantic pop ballads.

Starting their set about twenty minutes late, the band walked on stage at 9:53.  Diego Garcia followed, sin guitar, to sing his opening song "Roses and Wine."  The audience which included many friends, and I assume some industry people, warmly applauded once he arrived on stage. Garcia stood between Spanish guitarist Zeke Zima (to his left) and Cellist Danny Bensi who ended "Roses and Wine" by bowing a squeaky high pitched sound.   Garcia humorously responded by saying "I think the water's boiling." 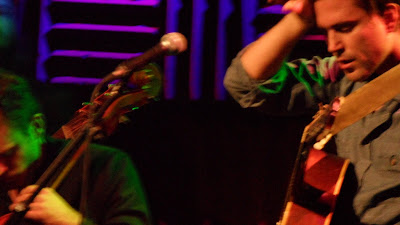 Diego Garcia announced before going into "Separate Lives" that the show was his first since the release of his solo CD "Laura."  He then thanked his wife for helping him and kicking his ass to get out there on his own. (I'm paraphrasing but that was the gist).  As "Separate Lives" was ending the bass guitarist Chris O' Connell sang background vocals along with Bensi and Garcia picked up his acoustic guitar for the following song. 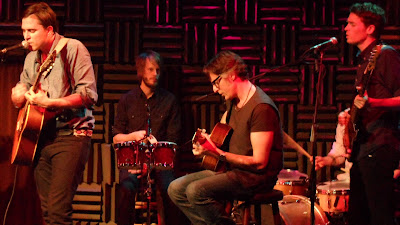 Garcia told the audience that the next song was written a few blocks away from Joe's Pub, on Grand Street.  He said the song was inspired by a walk he took.  He then dryly added "I'm glad I took that walk," to which the entire audience chuckled.  The song was "Stay," which he conveyed to the audience by adding a little bit more drama.  Once the song began, Garcia sang the first line as the band paused and then began to play again as Garcia wiped his brow with his forearm. 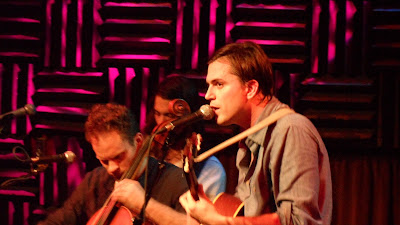 "Stay" ended abruptly and went directly into "Under This Spell."  In both songs, I noticed Garcia's interesting vibrato which he threw in sparingly.  His vibrato was like a high pitched quiver which added color to his vocals and seemed to be more about a feel then sustaining a note or running out of breath.   His vibrato caught me by surprise because I hadn't heard it on the CD which I listened to 3 times before the show. 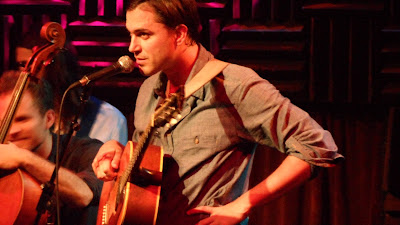 Garcia gestured to the audience with open arms and said "How's it going so far?"  He then stated that the song "Nothing To Hide" was going to be just cello and a little guitar.  He said "This is the song that started this whole project - I was hanging out with Danny and said I got to do this show by myself"   I guess the song was really important to him because he then went into control queen mode.  He asked the sound man to bring up the cello, bring down the guitar and lower the lights.   He said "I want this to be perfect!"   For me, and I will assume the rest of the audience,  the song was beautiful and performed well but as for whether or not it was perfect is for Garcia to decide. 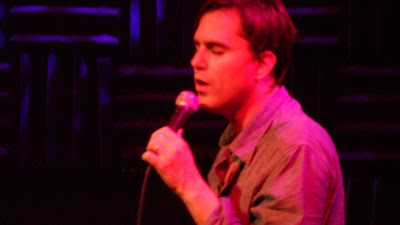 Garcia went directly from "Nothing To Hide"  into "Inside My Heart." which is the first on song on his CD.   The lyrical rhythm of the song sounds as if it were written in Spanish and translated into English. That is an observation rather than a critique.

The last song of Garcia's set was "Laura." Drummer Jochen Rueckert started off before the rest of the band joined in. As Diego Garcia was waving goodnight and leaving the stage, I couldn't help but think "Dude, you better come back because that was only seven songs." Well, he did come back for an encore and did 3 more songs.  The show was still a little short because Garcia's songs aren't long but at least it wasn't 7 songs. 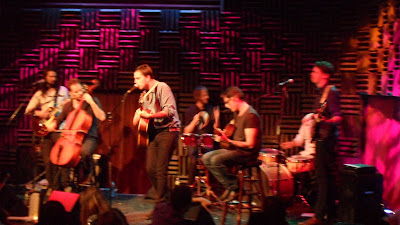 Garcia came back and dedicated his arrangement of a song written by Ray Davies to his friend Julian. Garcia said the only other two people he would perform the song for would be Sylvester Stallone and Karl Lagerfeld. As Garcia was ending the song, he told the sound/lighting person "you can start bringing down the lights now" but it didn't happen. Garcia said it again and it still didn't happen.  He sarcastically said it a 3rd time once the song ended and the audience laughed. 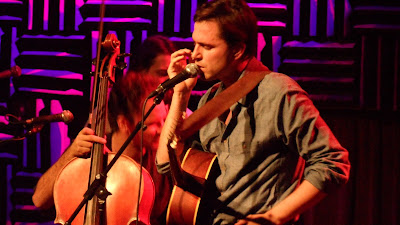 Garcia had a subtle, dry and sometimes sarcastic sense of humor which I enjoyed.   Before going into "You Were Never There," Garcia introduced the band.   As he was introducing each player who was either from Europe or a country in the Americas, he said "I feel like I'm doing a Benetton Commercial or the UN or something." Diego Garcia then thanked his friends for coming to the show and then graciously thanked those he did not personally know for coming to hear him perform and open up his heart. 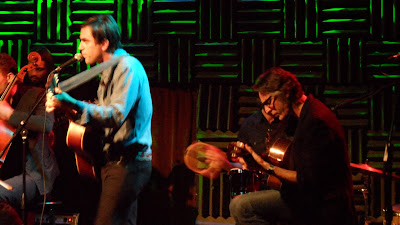 Diego Garcia had the band play an instrumental tag ending to "You Were Never There," and then had Chris O' Connell play a thumping bass part bringing us into the last song of the evening.  Before saying goodnight for a second time, Garcia had the audience do a sing along without accompaniment during "All Eyes On You," he then brought the band back in to end the song. 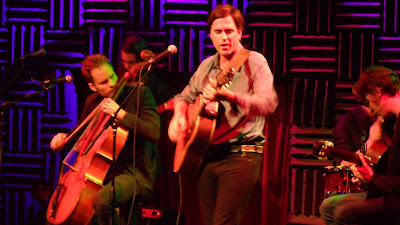 When I listened to Diego Garcia's new CD, I automatically liked his voice.  I think his vocals on the CD have a light pop quality to them and at times have the late 60's flavor of David Bowie channeling Anthony Newley.  In concert, I enjoyed Garcia's vocals even more, his voice seemed a bit more powerful and a little less constrained. As for the musicians in Diego Garcia's band, they all seemed top notch. If Garcia continues to tour to support his new CD, the already tight arrangements of his material will grow from being great to stellar.   For now, I will just say that Wednesday night was a fabulous start.

Email ThisBlogThis!Share to TwitterShare to FacebookShare to Pinterest
Labels: All Postings, Diego Garcia