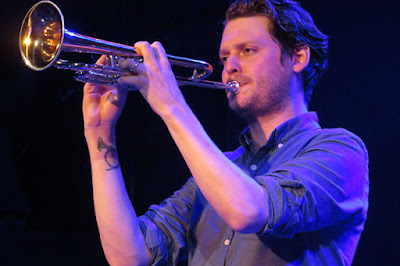 I am surprised I liked Beirut as much as I did, but how can I not love a band that is its own horn section.  Though not the greatest showman, in terms of presentation and patter, it's really evident that Zach Condon and his crew really like what they do. The band is a weird combo of electric bass, keyboards, 2 horns, a trombone and a drummer.  The drummer only has a kit with a kick, a snare and bongos, and the closest thing to a guitar was when Condon played the ukulele. As I stated the combination is weird, but it definitely works. The audience was totally into them, at least from where I was standing.

Though Helado Negro was a good choice as an opener, for a performer with music coming off his laptop and singing in Spanish, his set went on for too long.  I like the two weird tinseled, Adam's Family sort of "Its" he had on either side of him but I would have preferred musicians.

Here are photos from both sets by order of appearance, along with Beirut's set list. 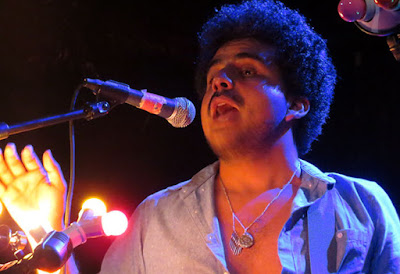 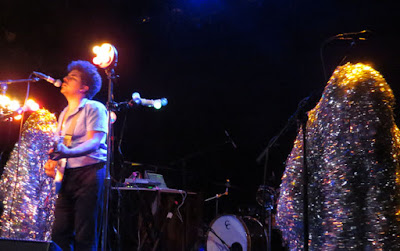 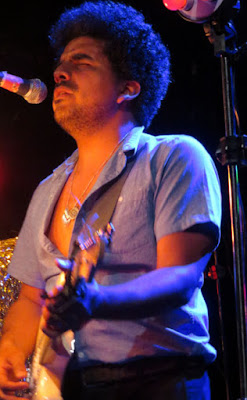 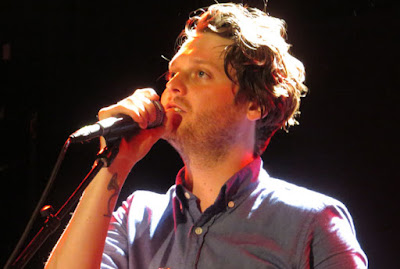 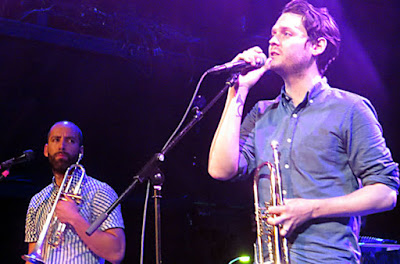 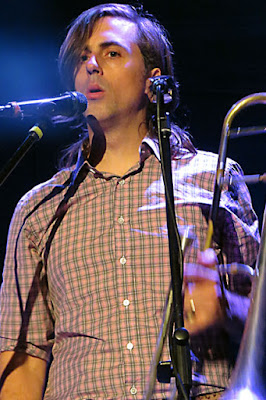 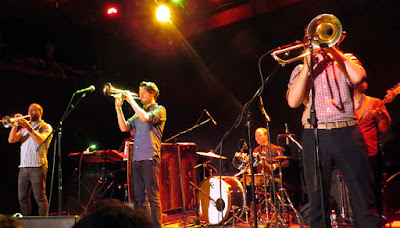 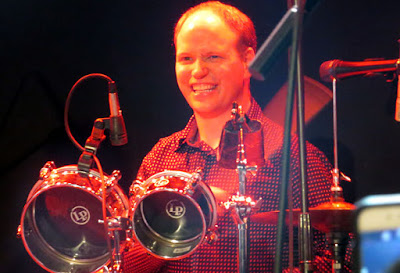 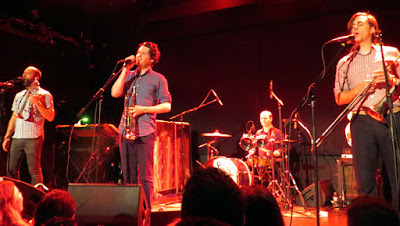 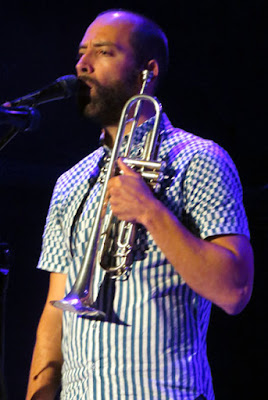 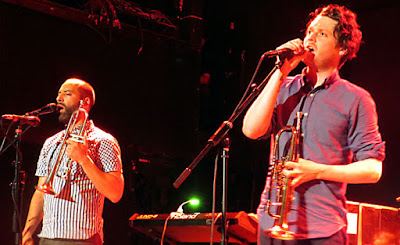 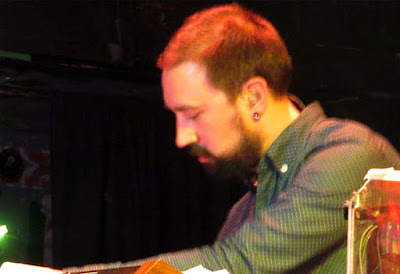 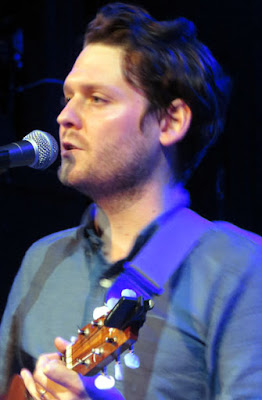