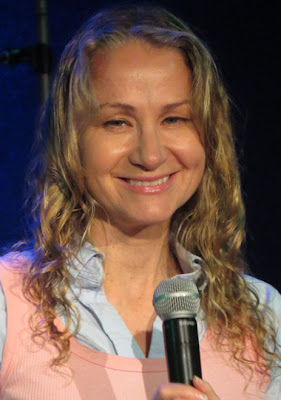 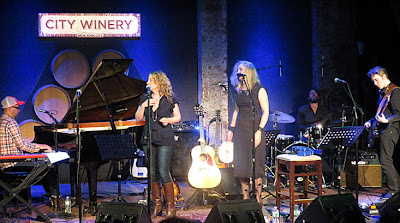 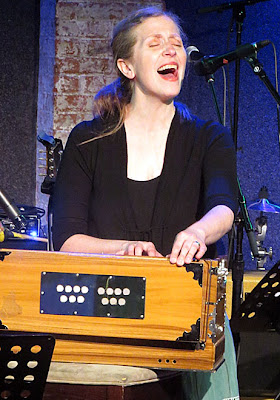 Billed as Joan Osborne’s First Annual Mother’s Day Benefit Concert With Special Guest Ollabelle & Elizabeth Mitchell, Sunday's show was a really wonderful event filled with an harmoniously talented group of musicians. The benefit was put together to raise money for two charities. First, for the Somaly Mam Foundation which is a nonprofit organization committed to ending sex slavery. And second for Save the Children which is an nonprofit organization for children in need throughout the world. 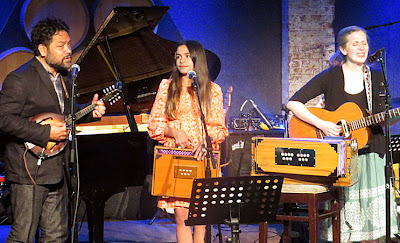 The show began with Osborne appearing as the evening's host and thanking the crowd for coming out on a Sunday night. Before telling us about the two charities the show was raising money for, Osborne pointed out to the audience that all the woman appearing in the show were themselves Mothers. Osborne went on to introduce Elizabeth Mitchell as a maker of children's music, implying that many adults may have become acquainted with Mitchell's music in the same way she had, which was during long drives with her daughter in the car.

Elizabeth Mitchell has a beautiful voice and did some wonderful covers which included two Bill Wither's covers. Mitchell was joined by her husband ,Daniel Littleton, mostly on guitar, and their daughter Storey who played harmonica really well. All three made really beautiful harmony especially when joined by Amy Helm on "Who's My Pretty Baby." Unfortunately, I suspect that Mitchell is more comfortable performing for children than she is for adults. I'm used to looking at performers who constantly look down or constantly close their eyes, but Mitchell hardly ever looked up or stopped closing her eyes. It was so noticeable that the photographer, I was sitting next to, picked up on the same thing. 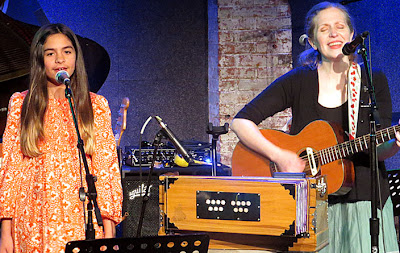 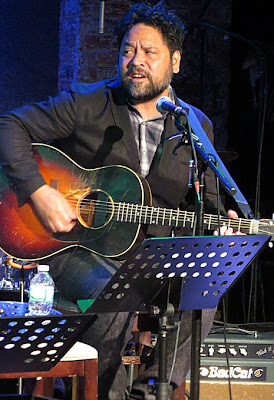 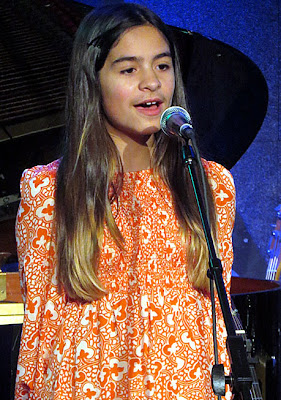 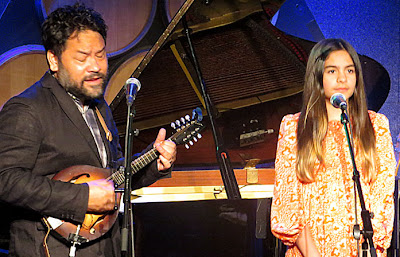 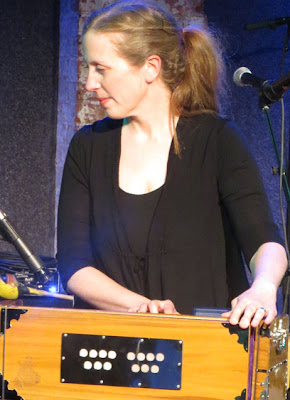 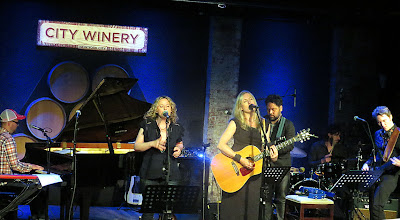 Before a short break, Mitchell's set ended with Osborne joining her on the last song. When the show started up again, Ollabelle kicked off their set joined by ,Daniel Littleton, sitting in on lead guitar. Ollabelle named themselves after the folk singer Ola Belle Campbell Reed and though what I read about Ollabelle referred to them as folk, from the first song on what I heard was more or less gospel. Perhaps it was the event, but all songs in their set sounded beautifully, and at times solemnly, spiritual like when they did The Band's "All La Glory."

I really loved Ollabelle's part of the show especially "Wait for the Sun.," - how could I not with Amy Helm and Fiona Mcbain making such beautiful harmony. Osborne joined the Ollabelle for the song "Records Needle" which seemed to quote The Beatles song "I Got A Feeling." Ollabelle and Joan Osborne's band, along with Elizabeth Mitchell, with husband and daughter in toe, overlapped for two classic songs. The first I knew, loved and sang along with. The second, I had heard before but didn't know it was originally done by Ruth Brown. I watched a black and white video of Brown performing the song on YOUTUBE and it blew me away. 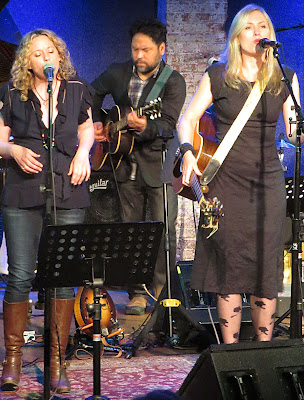 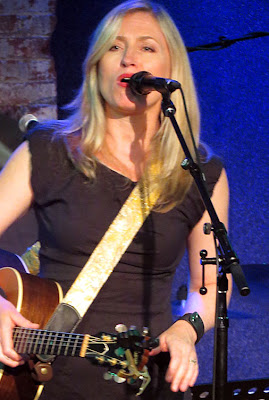 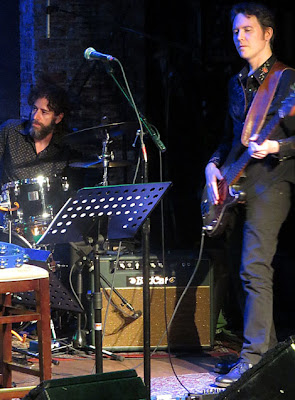 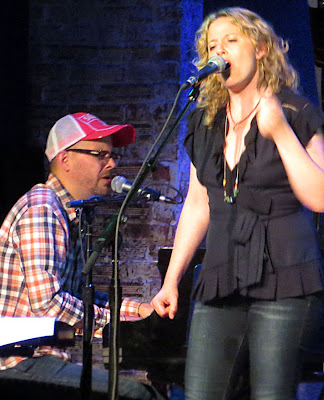 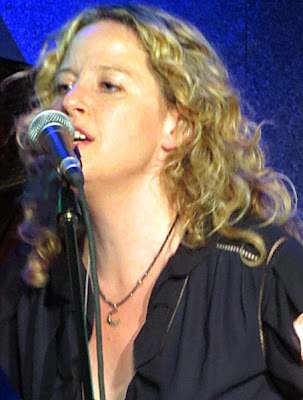 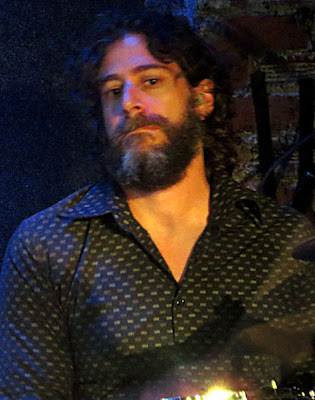 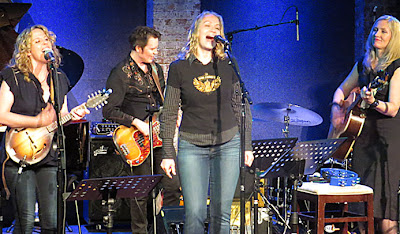 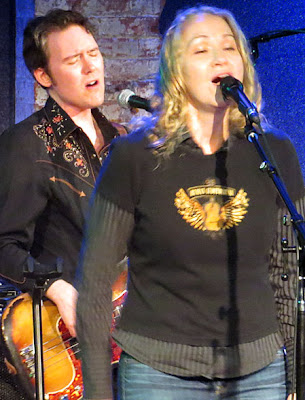 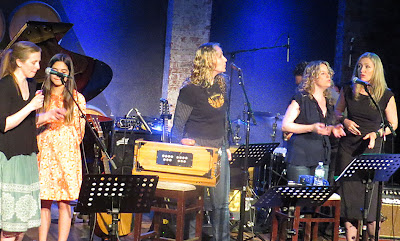 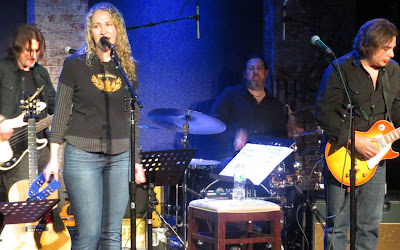 Joan Osborne opened her set by saying that every songwriter has to write a song after they have a child and that "Baby is a Butterfly" was hers. She followed it with song off her CD "Relish." She talked about the lyric for "St.Teresa" being about a woman who used to stand on First Avenue with her child in a baby carriage and sell drugs. On the original recording I always found "St. Teresa" to be pleasantly intriguing and hearing it live felt just as in intense.

Before doing "Shake Your Hips," Osborne introduced her band as Grammy Nominated Musicians who played on her nominated Blues CD "Bring It On Home." The crowd yelled out after the song "Joan - shake those hips," which reminds me to mention, at 50 Osborne is still a very sexy woman. Osborne followed with a second song from her blues CD, which was written by Ike Turner. That song "Game of Love" was one of my favorites in her set.

Osborne brought out all the ladies, who had previously performed, to do a Dave Mason cover after doing her own "Broke-down Palace" which seemed to be a favorite song among fans. The show ended with entire cast of musicians doing another blues cover for the encore. I was slightly (as opposed to totally) disappointed that Joan Osborne didn't do more of her own original material but then again it was a benefit and an over all pretty good show.


Joan Osborne
1. Baby is a Butterfly
2. St. Teresa
3. Shake Your Hips
4. Game Of Love
5. Broke-down Palace
6. Only You Know and I Know - Joined by Elizabeth Mitchell, Amy Helm &  Fiona McBain 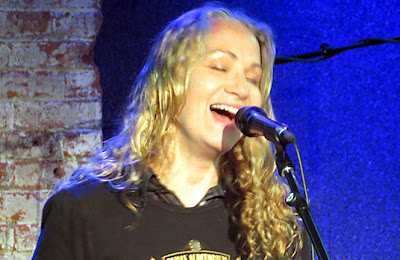 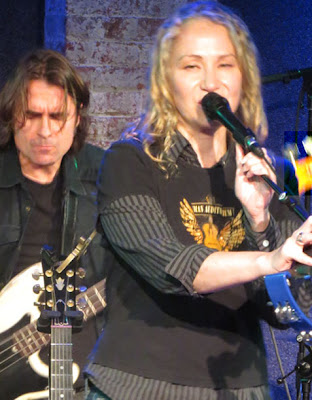 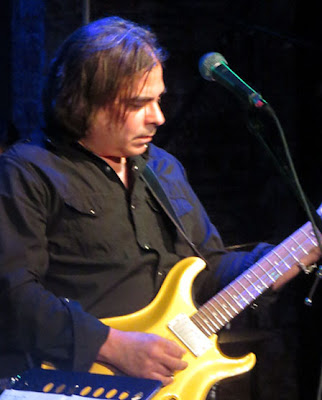 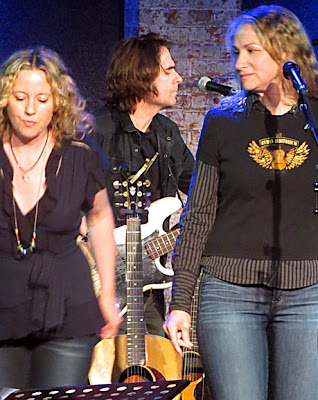 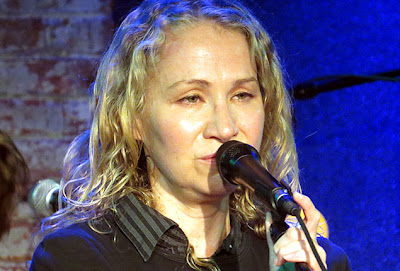 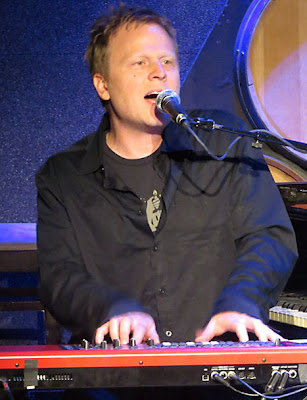 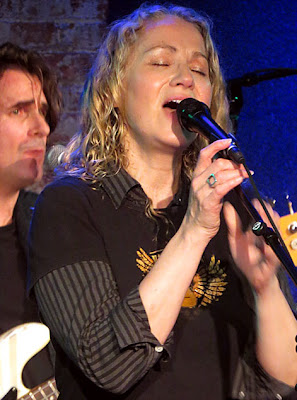 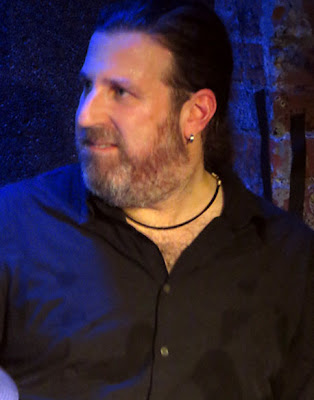 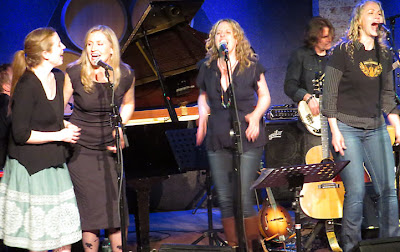 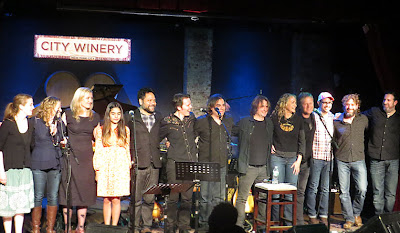