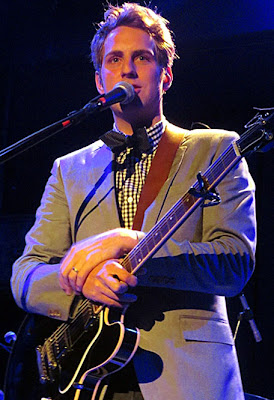 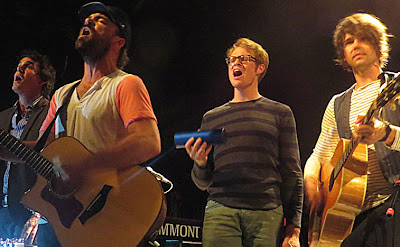 The Bowery Ballroom usually has 3 bands on the bill, but on Thursday there were only two which for me was a nice change.  I'm always up for seeing as many bands as I can possibly see, but sometimes it  can be too much to take in and becomes a mind numbing blur.  So it was nice to relax and take in two bands that were worth a good listen. 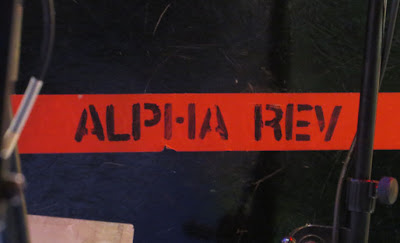 Alpha Rev is an alternative rock band  from Austin, Texas with (Southern) Country music leanings. Though they have 3 CDs, Alpha Rev performed 6 out of 7 songs from their most recent CD titled "Bloom."   Starting in March through to mid-May, Alpha Rev are on tour with Ben Rector on what is being called "The Rectour"


Alpha Rev's set opened up with a moaning organ sound from keyboardist, Jeff Bryant, directly over the pre-show music that was playing in the hall.  Drummer, Clint Simmons brought the entire band in before Casey Mcherson came in with his crying like vocals for the bands introductory ballad.  Bryant added one more layer to song by harmonizing with Simmons on the chorus of "When You Gonna Run"


The band went directly into the next song, which had a recurring musical theme which guitarist Zak Loy played on guitar between a few short tasteful leads.  Aside from harmonies from Bryant and Simmons, lead vocalist McPherson utilized his strong falsetto vocals on many of the songs.  I can't say I got an Indie/Alternative music feel from Alpha Rev but the one time I did was during "Highways."  I guess it was the anthem like chorus that gave a spiritual feeling like the sun is breaking through the clouds and shining out over the mountains.


There were many wonderful moments during Alpha Rev's set, but the best one was when the four gathered together at the edge of the stage to do an acoustic version of a song from their second CD. It was the point when Alpha Rev's harmonies could be clearly heard and audience got a chance to feel at the core of their music is four fine musicians. 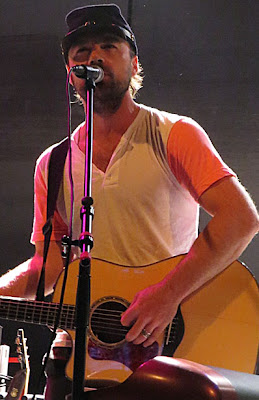 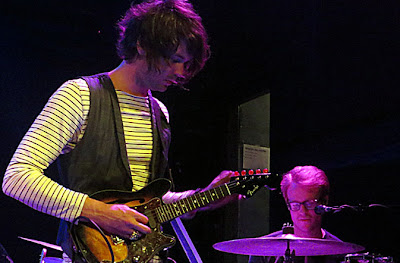 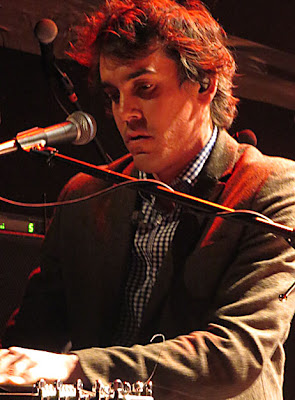 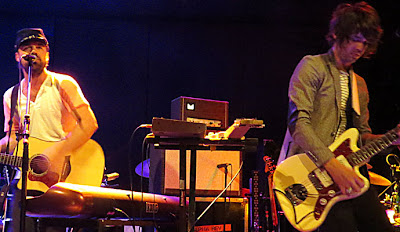 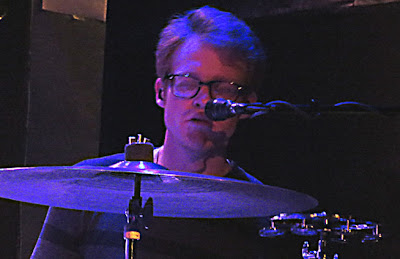 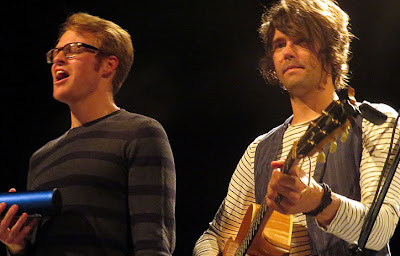 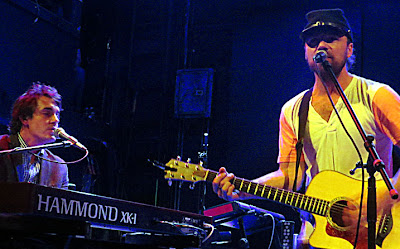 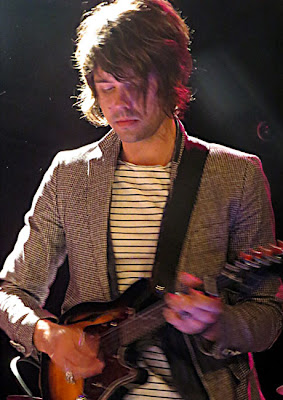 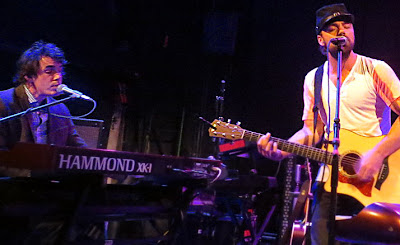 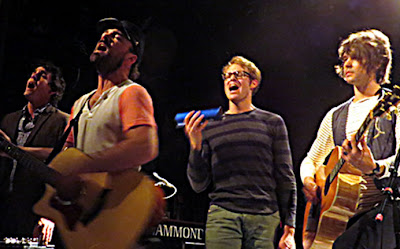 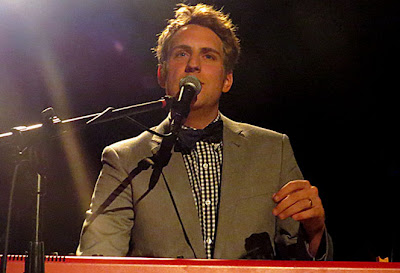 I might have been a surprised by the way Ben Rector started his set, had I not looked at a prior set list on setlist.com.  At first, I thought it was weird for a songwriter to open up his set with someone else's song, but once I saw him perform his set - I thought the opening song really worked well as an opener.  Rector began by sitting at his red electric piano, introducing himself and asking the audience if they were "doin' good."  He began by performing a solo arrangement of "Bennie and the Jets" by singing the first verse as if he were a piano player in a hotel lounge.  As Rector sang, his band walked on stage behind him.  The band joined in with the song's classic slow stomp once Rector sang the first "Buh, Buh, Buh, Bennie and the Jets!"


Rector went directly into the second, and got a little lounge-ish by asking the audience, once again, how they were doing in the middle of the song.  No - biggy; it felt like he asked at an appropriate place.  Rector spoke to the audience as the band vamped underneath before asking the audience to snap along for part of the next song  While Rector stood there, his snapping stance reminded of Marvin Gaye.  One of the things I liked about Rector, was that he and his band often did some musically conventional (maybe even old fashioned) things in their arrangements.  One example being the way the band swung out the ending for the soulful "Never Gonna Let You Go."


I'm always up for a good reggae song, which Rector supplied with his new song "I Like You." Rector gave a long and funny explanation of what the song is about but I got the gist of it, when he said "If you've already decided you love somebody, really just liking them is the biggest bonus ever."  During the song  bass player  Kevin MacIntire, known as Sweet Kevin, played some cool basslines as Rector  sang some Bob Marley song quotes. 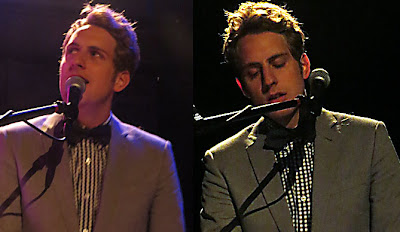 Attempting to make the audience feel they were in his living room by asking them to imagine they were, Rector did another new song - this time without the band.  I can't say that I loved the sarcastic little tune - it kind of reminded me of Ray Charles doing a cover of the Eagles "Desperado."  But then again, the fact that he's trying "Making Money" on the road may mean that we, the audience, might have only heard a preliminary sketch.


Rector is currently known for doing a bit with his song "Loving You Is Easy," by asking audience members to name something which he incorporates into the latter part of the song. There are several videos of Rector doing this little shtick which can found YOUTUBE. Albeit a bit that he doesn't need to do, I give him kudos for letting the audience feel a part of his set. Audience members suggested mostly TV shows like "The Jetsons" and "Jersey Shore."  I, of course, felt like a disappointed little boy when I suggested "Breaking Bad," and Rector said he was sorry but didn't watch the show. What finally got incorporated into the song were articles of clothing known as Cardigans (sweaters.)


Rector hit all his marks by doing all the songs one would expect him to do like "The Beat" which he milked with a long intro.  He also used it to introduced the band after keyboard player Cody Fry took a solo on synth.  The audience then did a back and forth with Rector on the line "Your Heart is a Lonely One."


Before doing his last song, Rector made it clear that he was going to stay on stage to do his encore rather than leave and come back.  He talked about how going through the pretense was basically a wasted effort and I pretty much agree.  Rector asked if anyone liked Billy Joel before doing "Moving Out," which I believe went over really well. As Rector did "White Dress," I felt I was watching a really cool guy finish a really great set and thought to myself that the really cool people in the world are those that don't even try. 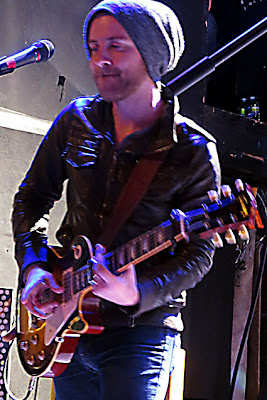 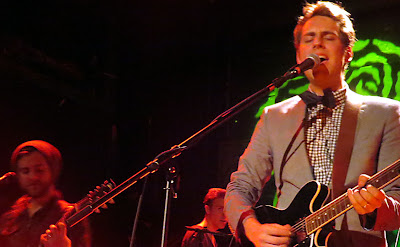 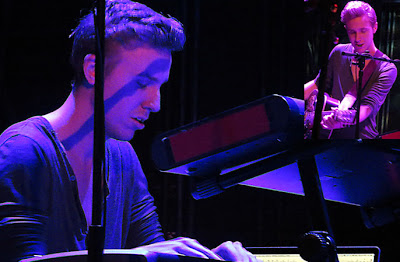 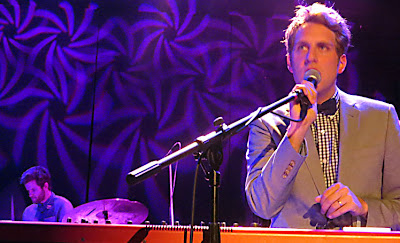 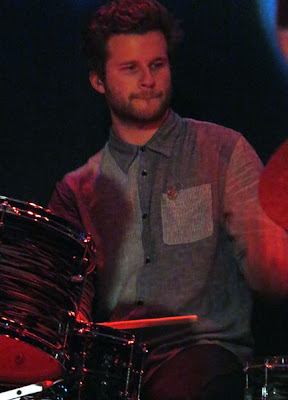 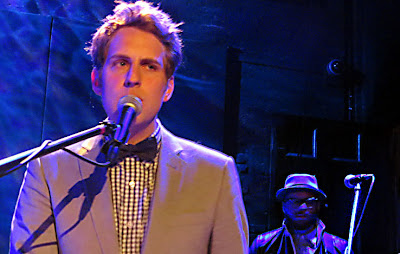 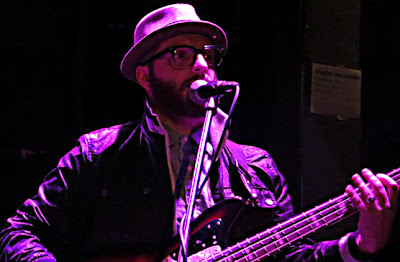 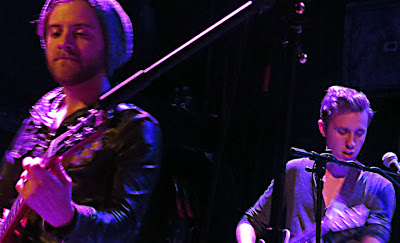 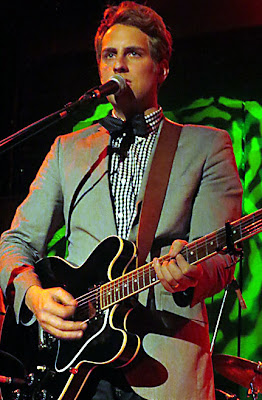 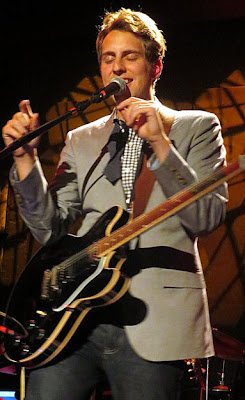