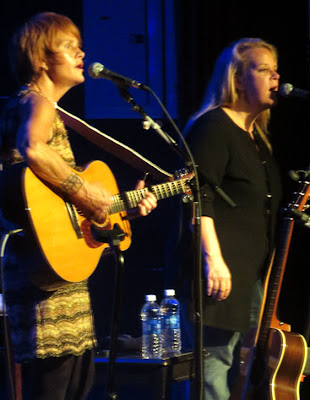 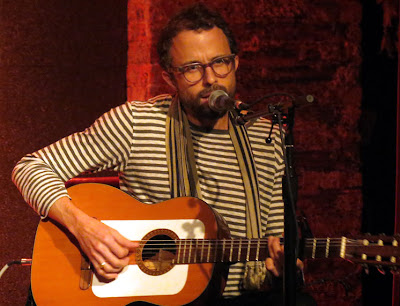 It feels like eons since I saw Jessie Harris and Shawn Colvin at City Winery. I was about to write about their show when super storm Sandy hit. But after a week of no heat, hot water and electricity, I did not feel like doing a fuckin' thing - not even the things I enjoyed. That's not say that others didn't have it worse than I did, and still do. It's just to convey the toll the storm took on me, personally. I finally began to feel better a few days later once I knew Obama won the election. 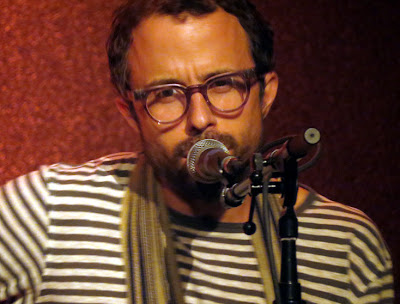 Jessie Harris started his set without any fanfare, he just sat down along side his percussionist Bill Dobrow and introduced himself and Dobrow as if he were clearing his throat. The first song was my favorite in his set and seemed musically influenced by the time Harris recently spent in Brazil. The verses were sung in second person but felt as if they were in first person and the repeated hook had a lilting quality. With one or two exceptions, the majority of songs Harris performed were either new or from his most current CD "Sub Rosa."

Harris responded to my email request for the names of the new songs but asked me not to publish them. I believe like many good songwriters, Harris is testing his material out on audiences before recording them. In the same respect, I'm sure he would like to keep them off the Internet until he's ready to put them into the universe. Whichever the case may be, just for the record, all 4 songs seemed polished and were enjoyed by moi.

The song titles that I can mention as my favorites were "Rube and Mandy at Coney Island" and "Sad Blues" on which Harris played some really cool guitar. On the song, Harris was so consistent in the way he left and returned to the main blues lick that I kept looking for a looping pedal but there wasn't one. Now that I've seen Jesse Harris do a whole set, I need to make sure I get my ass down to Rockwood Hall the next time he plays. 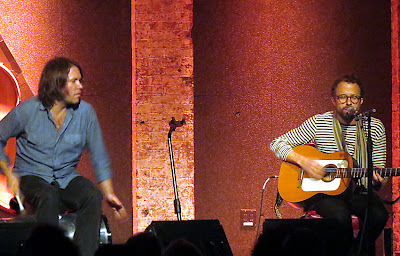 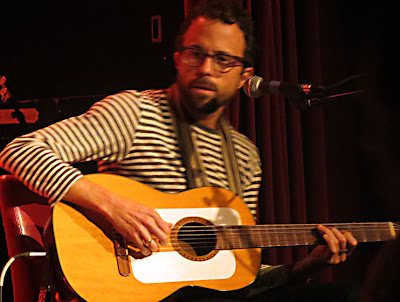 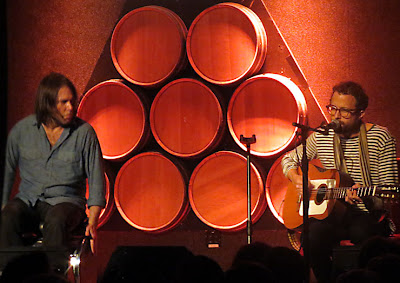 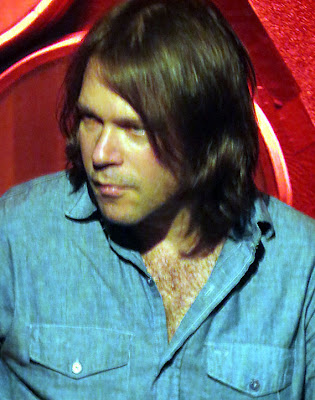 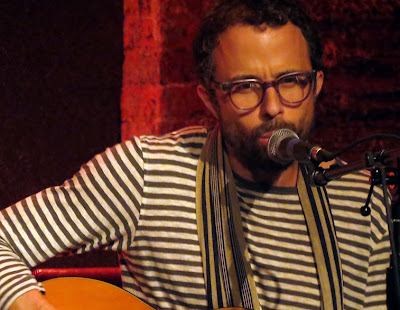 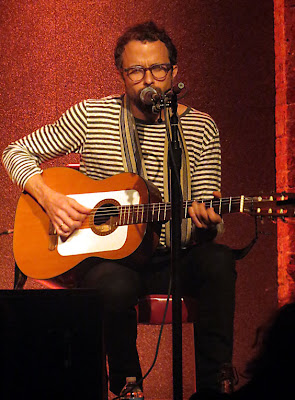 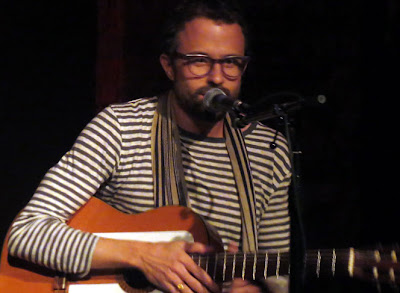 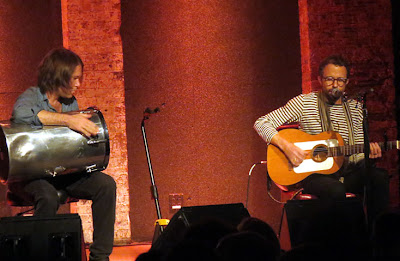 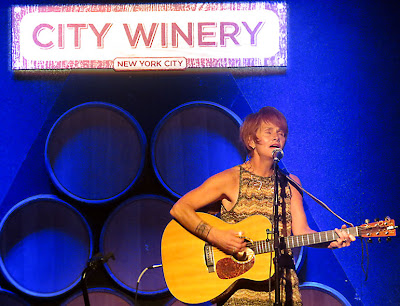 It seems to me that we live in an age when everyone is a songwriter and perhaps there are way too many songwriters. But on the other hand, maybe with so many songwriters in the world, songwriters are freed up to cover each others music. If you're asking why I'm going off on such a tangent - it's because Shawn Colvin did 8 covers in her 19 song set. In fact, Colvin opened with such a well known song, that it could be considered either playing it safe or taking a risk. However, either alone, or with the help of Mary Chapin Carpenter, each cover was beautifully handled.

Colvin frequently tuned her guitar through her set, but it never really seemed out of tune to anyone but her. From what I've read online, it seems Colvin is known for frequently seeming to tune her guitar. What she's actually doing, is chatting up the audience and using tuning as something to do while talking. Regardless of whether her patter is planned or ad-libbed, I suspect that she is somewhat audience shy. Colvin's humorous line for the evening was "it doesn't matter." As she was talking and tuning, Colvin revealed that "it doesn't matter" was her newest mantra in life whether it be with regard to screwing up a song on stage or a personal matter.

Somewhere around the middle of the show, Mary Chaping Carpenter joined Colvin on stage to finish out the set. Both women's voices beautifully blended together during a set that continued to be covers heavy with my favorite being "Four Seasons in One Day." Carpenter told a funny story to a mostly older audience about the checkout boy at her local supermarket staring at her and then saying "you know my grandmother loves your music."

There's not much more to say about the Shawn Colvin and Mary Chapin Carpenter, except that they reminded me of my young college days of listening to acoustic music in Bleecker Street coffee houses. Colvin's set reminded me of all the many evenings I spent listening to funny ancedotes, seriously well written songs and sweet harmonies 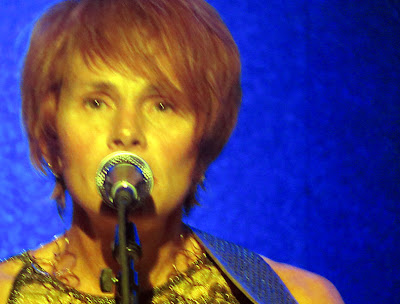 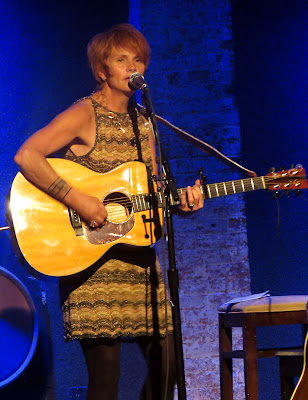 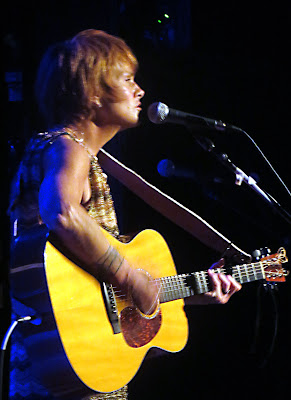 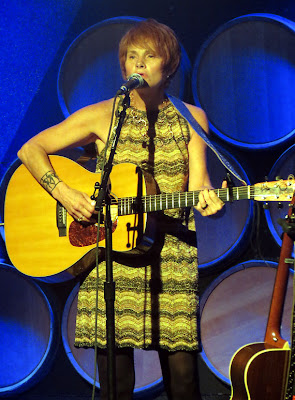 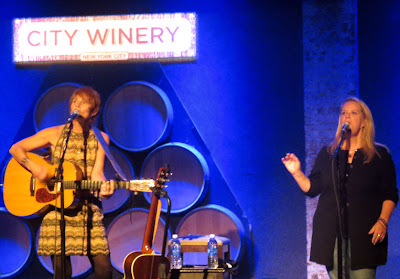 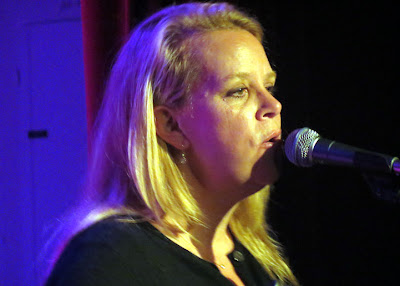 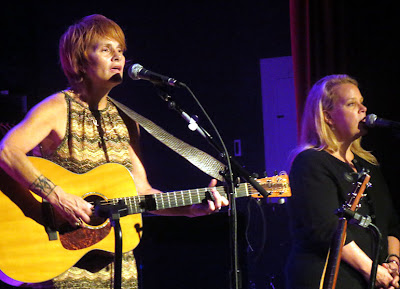 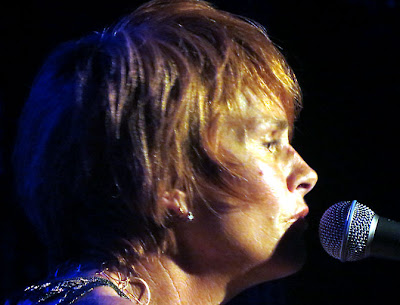 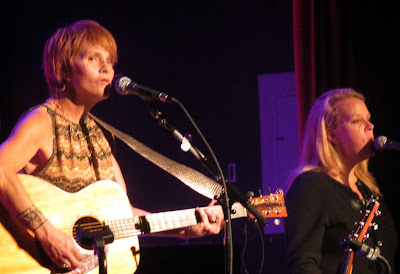