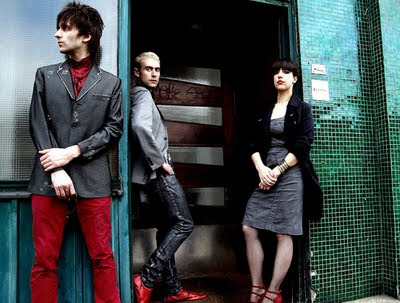 When Wednesday night's show finally rolled around, I wasn't sure how many bands I would be writing about since the line up had grown from just Zoot Woman to a list of five names. Luckily, Alex English and J808 were DJs and though I didn't keep track of who was spinning between sets I enjoyed most of what I heard. The music seemed 80s-ish dance influenced starting with Talk, Talk's "It's My Life" and two or three Depeche Mode songs, one of which was a remix with the chorus of "Jesus Christ Superstar" mixed in. 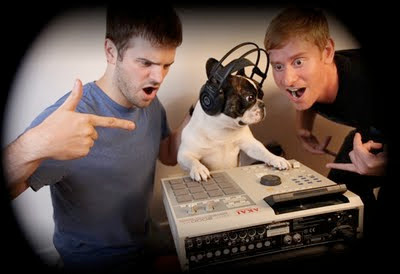 The Kickdrums started off the evening with "Perfect World" which went directly into "Counting On You." All the songs in The Kickdrums' set except one were from their recently released CD Meet Your Ghost, I wasn't familiar with the band's recording until after seeing them. But regardless of that fact, both my friend Jan and I were in agreement about liking the band's music during the show. 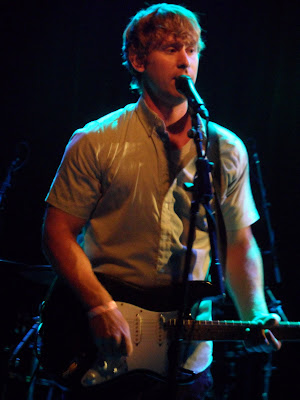 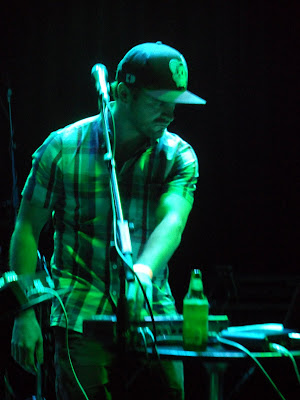 The Kickdrums are Alex Fitts and Matt Penttila who originally met in Cleveland, Ohio before relocating to Brooklyn. The Kickdrums MySpace page indicates that they are a mixture of Garage and Hip-Hop but I  think they are a lot more interesting then those two genres encompass. The boys production on their CD and Fitts' vocals remind me of Beck. While it may be true that their vocals in concert are very Garage, in that they are behind the music, on their CD the vocals are clear and up front. 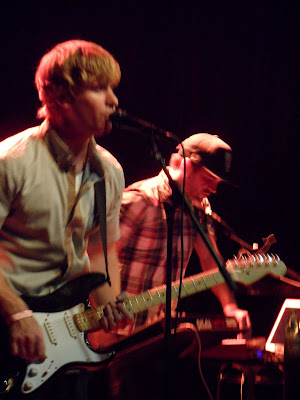 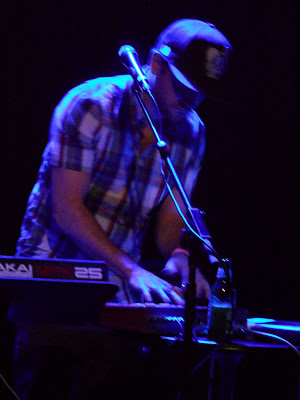 Like Beck, The Kickdrums go to some interesting places both live and on their recordings. Aside from Hip-hop, The Kickdrums subtly sound influenced by bands like The Beach Boys and The Beatles with some nice harmonies on songs like "Love Can Drive Your Mind Wild" and "Meet Your Ghost." Two of their songs were even broken up with a sampled gospel recording and an old school rap as announced by Penttila during "Had Too Much To Dream Last Night."  One of my favorite songs was "Naked," which nicely fluctuated between a hypnotic hip-hop beat to straight forward rock back beat. 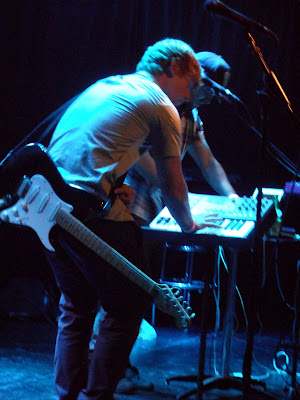 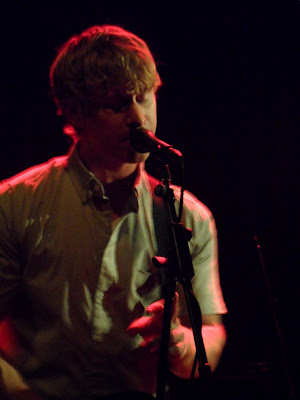 Now that I've been devirginized with The Kickdrums' music, I hope to see them again in the not too distant future. 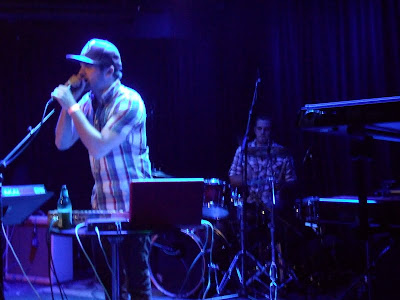 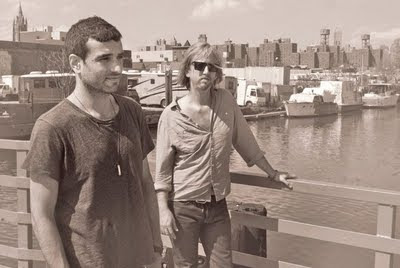 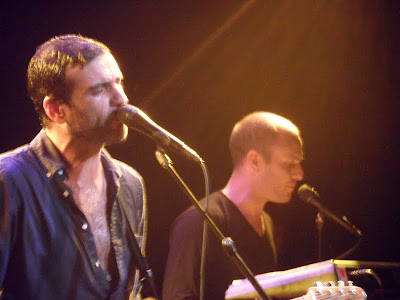 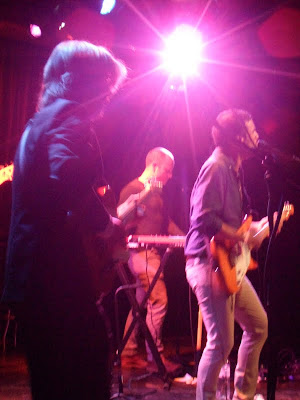 Since an old MTV posting lists 2 band members that are no longer and 33HZ press picture only includes only Ben Lowe and Tim Wagner, I think it's safe to assume that they are the members responsible for the bands sound. With that stated, the first thing I noticed was that the band musically worked well as a tight unit. Live, 33HZ reminded me of 70's bands and their later 80's counterparts, some of whom ended up on smooth jazz CD 101.9 in the late 80's but were really mellow soul, albeit with a few jazz chords thrown in. 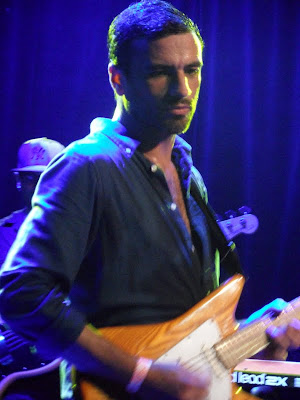 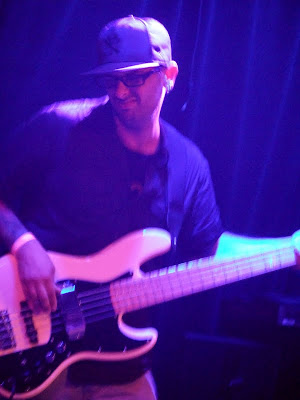 Front man Ben Lowe's vocals are not surprisingly influenced by Randy and El Debarge but in concert I kept thinking of Jamiroquai sin the funky clothing and dance steps. (I may have been more influenced by Lowe's similar features than his sound.) The band started with their most current recording "Under the Sun" and picked up momentum as their set drove to a climax.  For me, there were two songs that stuck out. The first was "Crazy All The Time" with its disco descending octave bassline, jangling guitars and Lowe's high falsetto call "whoo! whoo!"; and my second favorite  - "Night Spot" which was a little faster and leaned towards 80's dance. 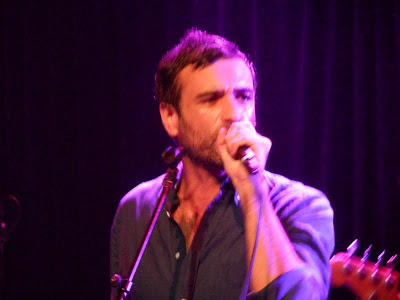 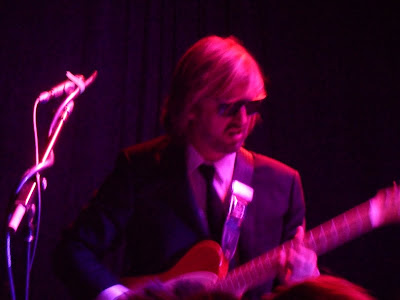 I enjoyed 33HZ. I guess since I was born and raised in Brooklyn, I find it refreshing and I am little predisposed to liking bands that actually look and sound like they are from New York, or at least somewhere close to the east coast. 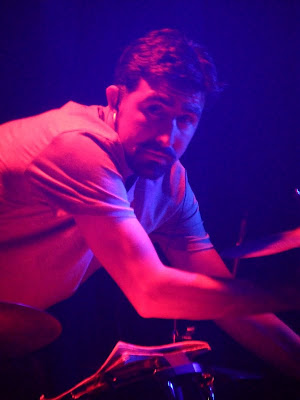 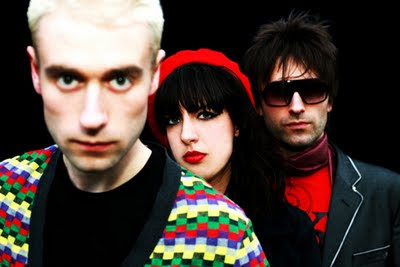 A few months ago, my friend Jan asked me if I was interested in seeing Zoot Woman. I checked them out and then made plans with Jan for Wednesday night. However, there were a few mysteries which I had to unravel before going to the show. The greatest mystery, or should I say discrepancy, was that there are two different press photos - one with three guys and the other with two guys and a woman.

Through research (otherwise known as Wikipedia) I found out that the third guy is Stuart Price who has many aliases. I also found out I was already familiar with his music as Les Rythmes Digitales as well as for his work on Madonna's Confession's on the Dancefloor. The woman, who I thought for a fleeting moment might have been PriceJasmin O'Meara. Come to find out that both he and her are in Zoot Woman but Price only is with them in the studio and O'Meara takes his place on tour. 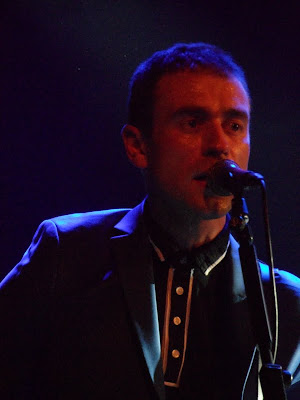 Once 33HZ finished their set and broke down their equipment, there was one lone roadie setting up for Zoot Woman. About 10 minutes before Zoot Woman went on, the roadie taped the band's set list to the stage. I went to take a photo of the list and another guy was already doing the same thing with a better camera. I overheard the guy tell his friend that he was totally physced; he'd been waiting eight years to see Zoot Woman.

That guy was pretty much representative of an audience of mostly true fans. Zoot Woman is the furthest thing away from being a household name, which is probably why they are only doing three dates in the states. (New York, San Fransisco and the Pacific Festival in Orange County). But if you were to go by me, I think the band should be as big in the US as say - Muse or at least Phoenix. 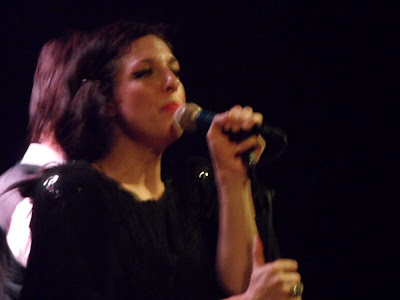 Adam Blake kicked of the show by playing drums over a preprogrammed synth part as both John Blake strapped on his guitar and Jasimin O'Meara stationed herself by the small keyboard. The crowd started cheering, with their hands up in the air, long before John Blake started singing. The audience already recognized the chorus vocal patch belonging to "We Won't Break." from Zoot Woman's 2009 CD Things Are What They Used To Be. 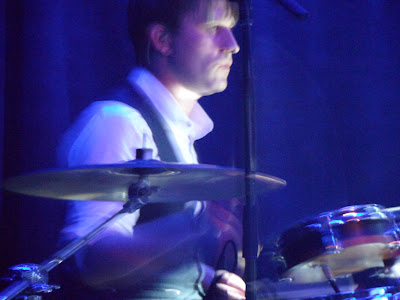 Zoot Woman moved through their 16 song set with extreme intensity.  As both the singer and guitarist of the trio, John Blake seemed extremely focused while Jasmin O'Meara was serving up rock star. In a leather fringed top, a black skirt and platform shoes, O'Meara's rock-n-roll's diva outfit was only part of what made her enjoyable to watch. It seemed like once she grabbed her bass for the second song it was game on! Smiling O'Meara seemed to be having a great time playing bass while dancing around her side of the stage. 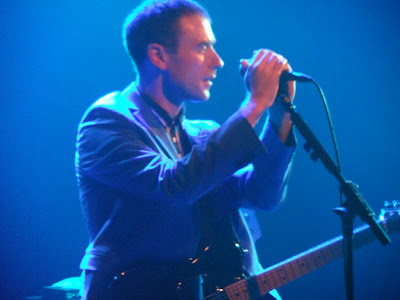 Zoot Woman went back to their first 2003 CD Wall Of Sound several times during the show with the first time being "Woman Wonder." The band played along to a prerecorded track of the Middle Eastern riff the song is noted for. I think it's kind of cool that Zoot Woman did their older material especially since their were fans who have listened to them since the first CD but never seen them live. A highpoint during the set was "Grey Day," when both John and Jasmin stood in front of Adam's drum kit with their backs to the audience as they thumped out the intro. Once the audience knew what it was, there was more cheering and dancing in place. John Blake didn't say much during the show except a thank you here and there as he did before going into "Saturation." I'm usually not keen on a front man who doesn't speak to the audience but Zoot Woman's set was so driving I didn't care. 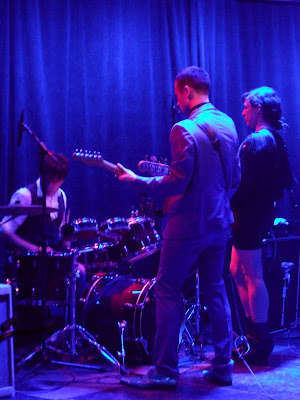 Zoot Woman kept things moving by tagging "Automatic," with the song "Jessie" which is also from their new CD. The band moved smoothly through the rest of set gaining momentum and ending with the new CD's title song of the same name: "Living In A Magazine." However, there was one awkward moment during Zoot Woman's set when I thought something bad was going to happen.

During "More Than Ever" someone from the audience decided he was going to hop on stage and do background vocals. Surprisingly, I didn't see any bouncers rush the stage to pull him off.   Jasmin O'Meara and John Blake looked a little freaked but Jasmin just stood to the side as the guy used her mic. When the song finished he hopped off stage and that was that. 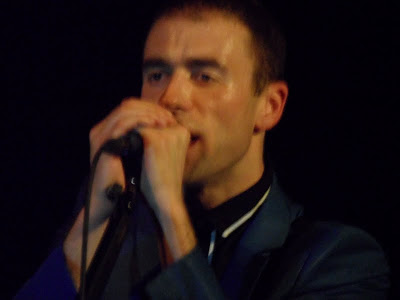 John Blake took his time coming back for the encore. When he returned he did the band's only acoustic ballad "Losing Sight" on his electric guitar. It was a nice change of pace before Adam and Jasmine joined him for "Just A Friend Of Mine." Most of the audience sang along with the second song; we were glad they were back for an encore. 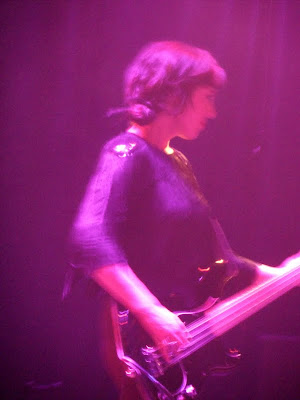 I hope Zoot Woman is working on coming back for a full tour and the 3 US dates were just a toe in the water. I definitely want to see them again. They're a f**kin' great band! - seriously!!! 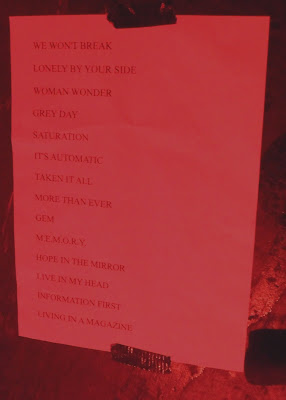