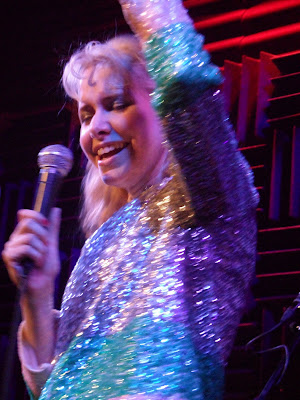 Since starting this blog, I've wanted to see Nellie McKay (pronounced Mc Eye). The first time I heard McKay, I was listening to Soundcheck on WNYC Radio while at work in October of 2009.  Soundcheck was doing show dedicated Doris Day on which McKay spoke and performed songs from her tribute CD "Normal as Blueberry Pie." The second time I heard McKay was in October of 2010 when she performed, on the same show as Mark Ronson in WNYC's Greenspace, to promote her newest CD "Home Sweet Mobile Home." 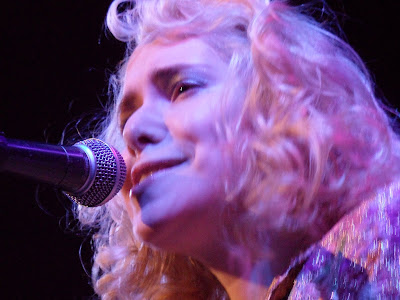 Nellie McKay seems as if she's been plucked from somewhere around 1955 and zapped into the currentmillennium.  With a comedic persona that reminds me of Gracie Allen, McKayis quite a character.  At least that was the impression I got when I heard her being interviewed.  Her responses reminded me of a little girl speaking directly as if she were imitating an adult. So everything she said seemed honest, and true to the expression "right out of the mouth of babes!" 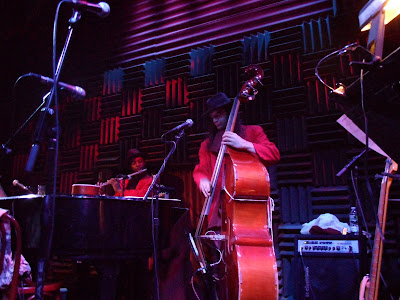 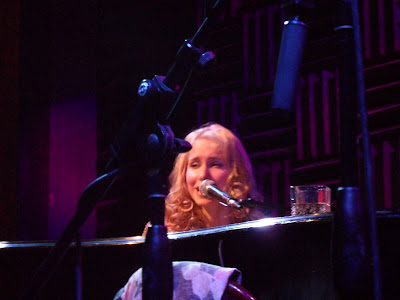 McKay's "I Want to Live" is a cabaret show which was originally performed at Feinstein’s at Loews Regency.  The show is based on the Film Noir biography of Barbara Graham, who was the 3rd woman to be executed by the gas chamber in San Quentin.  The film itself is based articles written by journalist Edward S.Montgomery. The original 1958 film is dark and campy, which pretty much describes every film Susan Hayward ever starred in. But what McKay does is turn the film into a musical black comedy by satirizing situations and mimicking some of the artists who originally made the songs in her show famous. 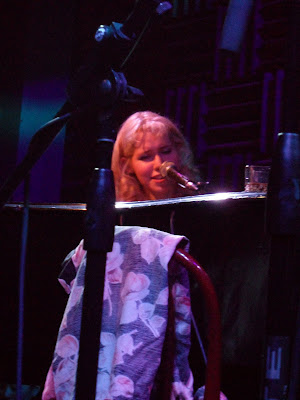 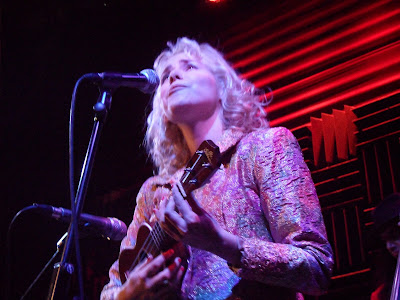 Many points throughout the show were ironically humorous.  However I can't say the audience, myself included, always knew when to laugh.  I watched the film before writing this posting and realized it had the same effect on me as McKay's cabaret performance.  The film is filled with kitschy name calling and  idiomatic expressions used in the 50's but the subject is so intense that it's hard to laugh. (Though I did find myself howling when Barbara Graham called the nurse at the gas chamber facility "Miss Bed Pan.") 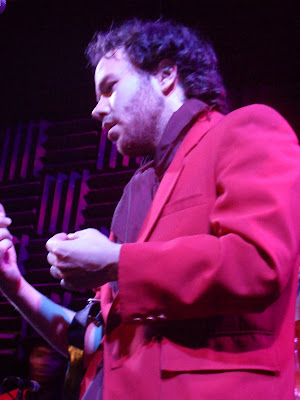 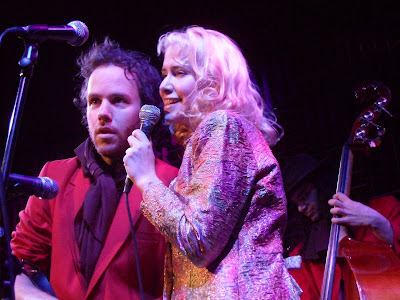 McKay loosely translates the opening bebop jazz nightclub and party scenes in the film by wildly gyrating to a Jimi Hendrix song. In the film the opening club scenes are pretty provocative in an inebriated way, which I think pretty much dictated the choice of "Purple Haze."

After the landlord knocks at the door for the rent, McKay performs "April Showers" as the lead in to what happens next. In the film, there's a scene where Barbara Graham's husband is begging her for money to buy heroin. While Graham is arguing with her husband and holding their crying baby son in her arms, her husband smacks her which forces her to tell him to leave once and for all. McKay ironically references the scene by having her drummer come front and center to act out shooting up as she sings "Isn't This A Lovely Day." McKay later stands beside her drummer who is acting stoned out of his mind as they both do a small dance step. 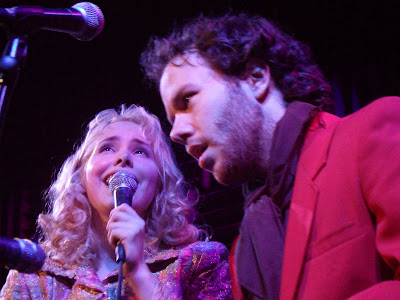 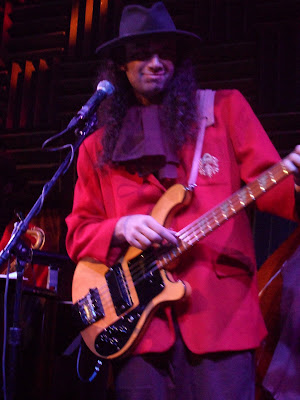 Mckay seemed to depict Graham's marriage, going from optimism to disappointment, by segueing from her impression of Blossom Dearie singing "They Say It's Spring" to her impression of Billy Holliday singing "Some Other Spring." Mckay then topped that segment of the show off by singing "I Only Have Eyes For You" while her sax player Tivon Pennicott imitated a baby crying. I think it was at that point I felt like McKay was taking us on a ride through hell on a roller coaster. 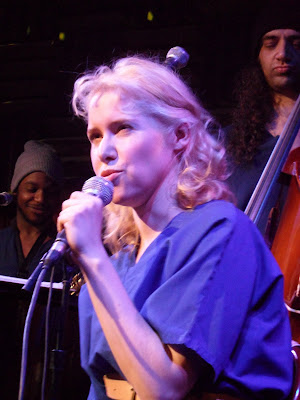 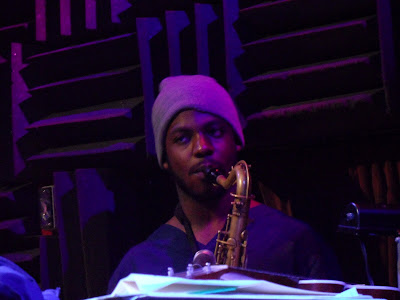 Somewhere between "Don't Worry Be Happy" and "Call The Police,"  Mckay and the boys changed into prison outfits consisting of blue shirts and black pants.  Prior to that McKay had been wearing a glittery jacket and skirt ensemble, and the band had been wearing red jackets.  Once McKay as Barbara Graham made it clear to audience that she was accused of murder, she was convinced, by bassist Alexi David who started the song which she finished, that she could perhaps beat the rap with "A Twinkle In Your Eye." 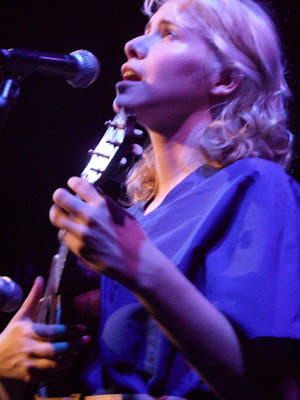 Things got really twisted when McKay as Graham waited on death row for repeal singing The Beatles "So Tired" and jazz pianist/composer Bob Dorough's "Small Day Tomorrow" with one of her own songs sandwiched in between. When the time finally came for the execution McKay gave it the drama it deserved by singing the operatic "Ah! Sweet Mystery of Life" as if it were an aria. 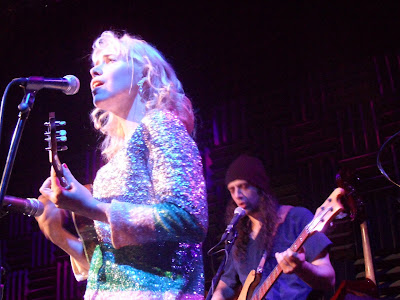 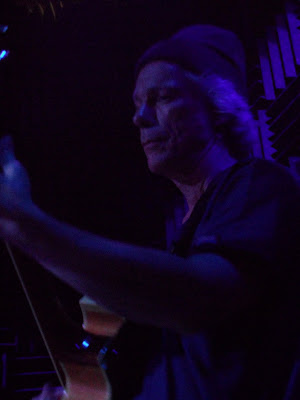 Barbara Graham was a pathological liar and very bad gal but she wasn't a murderer! Just a dumb broad who took the rap for every man she ever met! That's why it made perfect sense when McKay's version of "I Want to Live" ended on a happy note with Graham going to heaven.  As she did a vocal impersonation of Tom Waits singing "Straight to the Top," McKay smiled her way through the song and took time out to comically introduce the band. (She could have been impersonating Louie Armstrong as well as Tom Waits - vocally the same difference.) McKay then followed up with her impersonation of Billy Holiday singing "Body and Soul" and segued into a reprise of "Don't Worry Be Happy," to officially end the show. 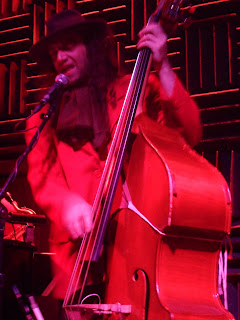 I enjoyed "I Want to Live" but I wish it had been performed in a theater where it might have been allotted more time.  Each of the bits that McKay and the band did were really funny but the story line kind of got lost. Maybe it's just me but aside from taking in everything that was happening on stage, it was even harder to take in sudden voice overs that moved the plot along. 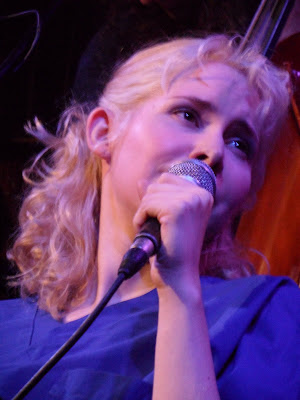 Nellie McKay is a multifaceted performer which includes being an accomplished musician, vocalist, comedian, impersonator, satirist and activist.  The encore on Thursday night was a portion of McKay's show that was unscripted and my favorite part of the evening.  With songs like "Bodega" and "The Dog Song," it felt good to be watching a true New Yorker and a bit of a rebel.  Who else would bring the actual New York "No Smoking within the Park" signs on stage, reacting in total disbelief that the signs actually exist? 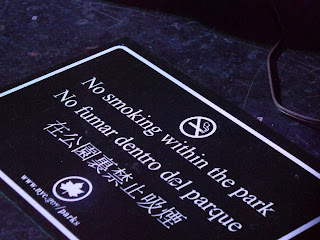 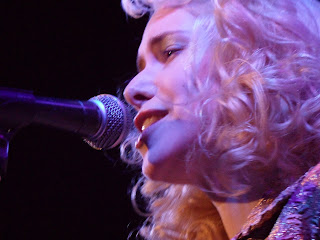 Email ThisBlogThis!Share to TwitterShare to FacebookShare to Pinterest
Labels: All Postings, Nellie McKay