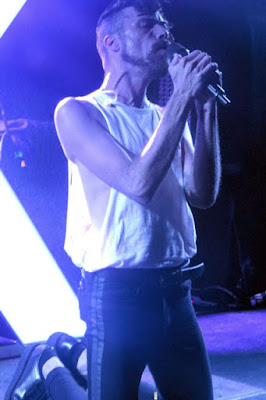 On a drizzling Tuesday night, a friend of mine invited me to see Tyler Glenn.  All I knew about Glenn was what my friend told me about him being the former singer and keyboardist for Neon Trees. When we got to Mercury Lounge there was a curtain across the front of the stage, which in my mind read as a recording company backing the performance.  When the curtain opened for Glenn's performance, he at first stood without moving, leaning against the mic in front a large X light.  Glenn performed to prerecorded music, which is the kind of performance I wouldn't generally expect to see at Mercury Lounge.

During a break between songs, Glenn spoke angrily about a recent break up, coming out and growing up Mormon.  Glenn's lyrics were excellent and his movements on stage were mesmerizing. The music albeit prerecorded was very Nine Inch Nails and intense.  However, I couldn't help walk away from Tyler Glenn's performance feeling anything but sad.  As good as Glenn's performance was, he seemed to be  a very depressed man who is imploding.  That is not a judgement, it's what I saw. I just hope he makes it past this period in his life and his music, because underneath all that anger is a really talented guy. 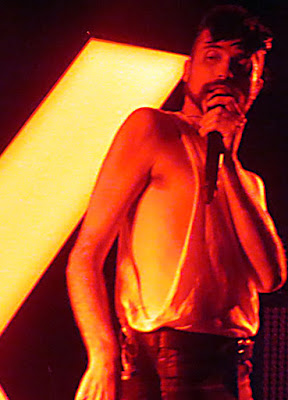 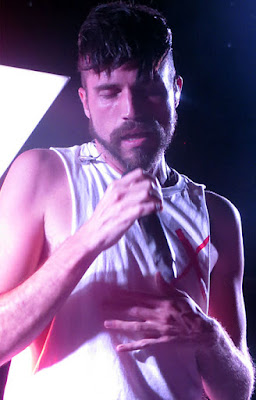 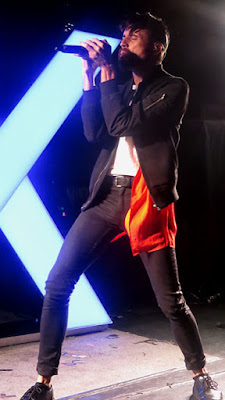 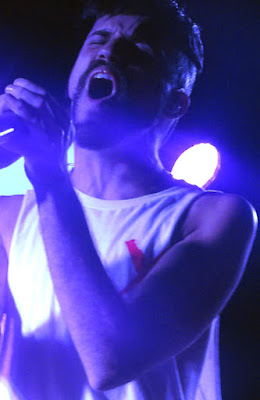 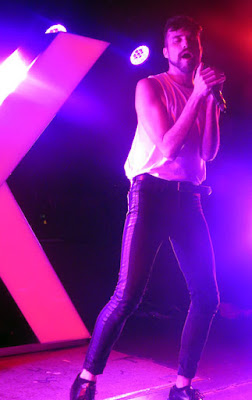 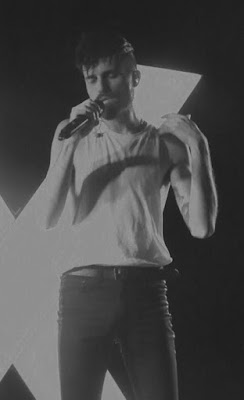 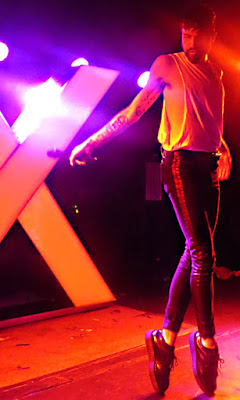 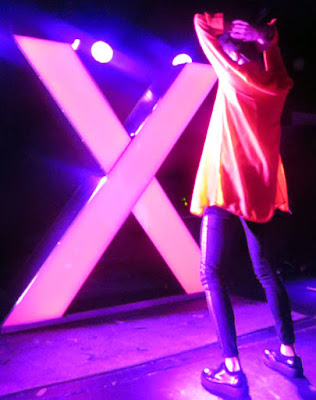 Email ThisBlogThis!Share to TwitterShare to FacebookShare to Pinterest
Labels: All Postings, Tyler Glenn