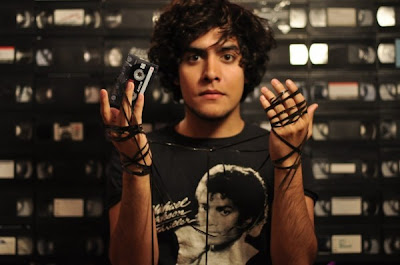 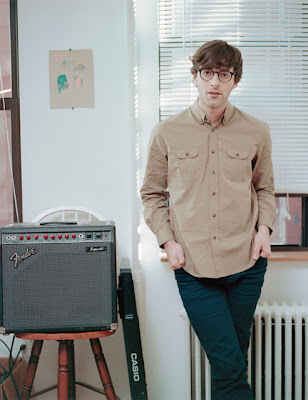 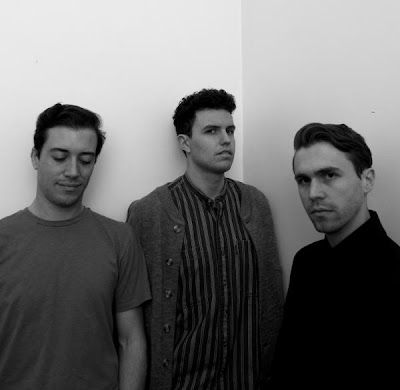 I've been trying to see Neon Indian for a while, but either the show is sold out or the guest list is full. (I don't always get comp'd - Concert-log is a personal diary of nights spent in concert land. Therefore, I'm not treated as if I were a reviewer from the New York Times or Rolling Stone.) This time I bought a ticket, as soon as the show was announced, with a Ticketmaster gift card I'd been holding on to. I'm glad I made the purchase because Neon Indian exceeded expectations. 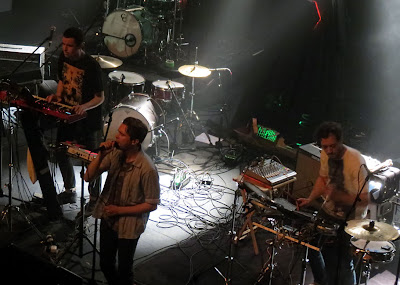 The show opened up with Lemonade, a trio which I previously saw open up for Kollareven in March of this year. As I stated the first time I saw Lemonade, they didn't feel "settled in." From what I remember, the execution of their songs felt a bit shaky. However, on Saturday night Lemonade felt like they were sitting on the sofa with their feet on coffee table. In other words, the sound in the room was good and their playing was really tight. 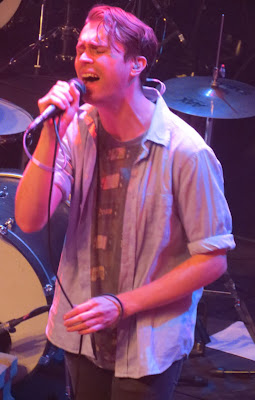 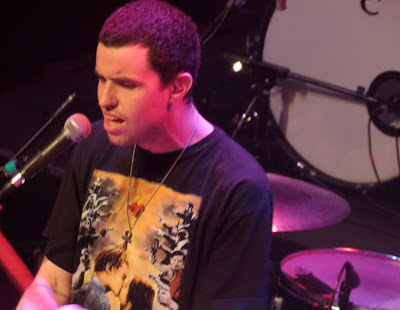 I just recently noticed that Lemonade are set to play Music Hall Of Williamsburg on June 2nd which I'm sure will be in celebration of their new CD Diver. Lemonade had just started touring when I saw them in March in preparation of their CD's release.  Judging from what I saw and heard, I'm confidant in stating that their touring has paid off. 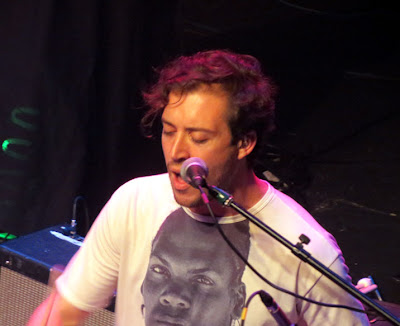 With songs like "Neptune," there is a lot about Lemonade's music that feels very freestyle. What most leads me to think that is Callan Clendenin's melodies often sound more conversational than lyrical with almost a latin music sort of flavor. Like the chorus of Neptune: "Let me speak to you so I can show you all I want is to sort this out and this really won't do, no, no." Many parts of the lyric are like run-on sentences. 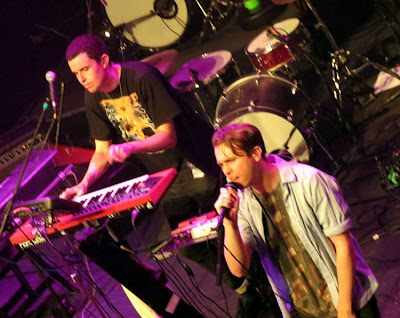 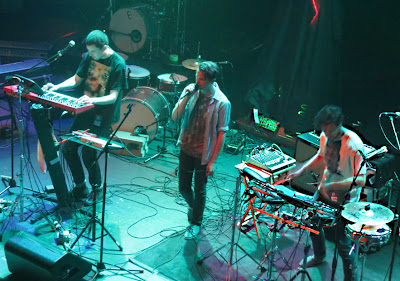 I do want to make it clear that Freestyle wasn't all I heard in Lemonade. There was also a bit of house that I heard in "Big Changes," a song where drummer Alex Pasternak prompted the crowd to clap along. 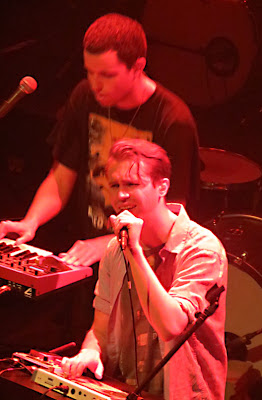 Before ending with "Softkiss," which is the same song they ended with the last time around, Lemonade did a newer song called "Vivid." It also had a freestyle feel to it with Ben Steide playing a keyboard patch, which sounded to me like a kalimba (tumb piano).  Now that I've seen Lemonade twice before their album drops, I hope I see them again somewhere six months down the road. 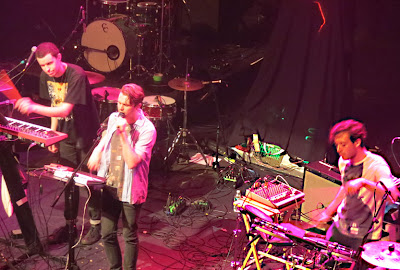 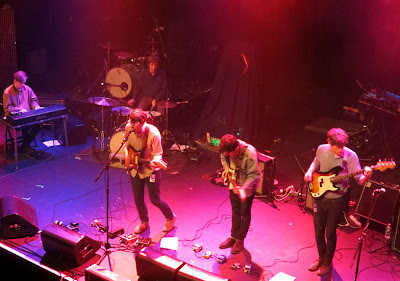 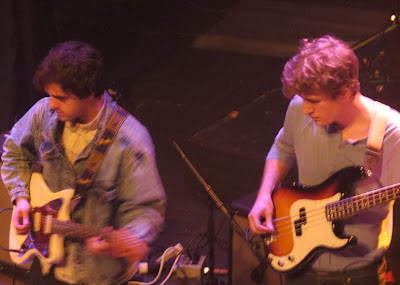 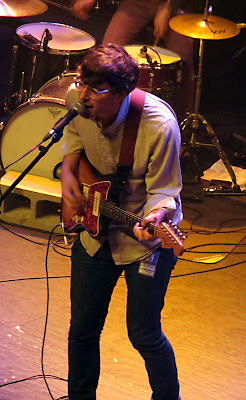 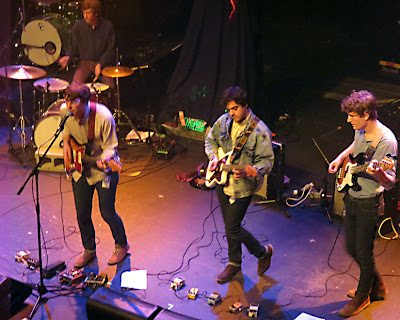 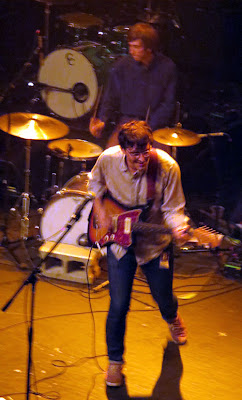 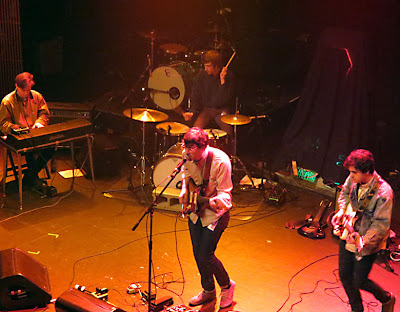 1.Sit Around with Ya
2.The Mall
3.Don't Make Plans
4.Hamilton Road
5.Art Vandelay
6.Under the Covers
7.Killen the Vibe
8.Land Runner 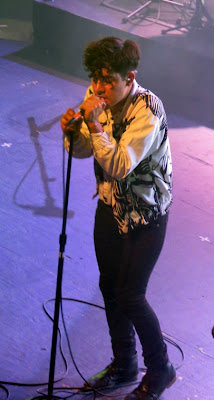 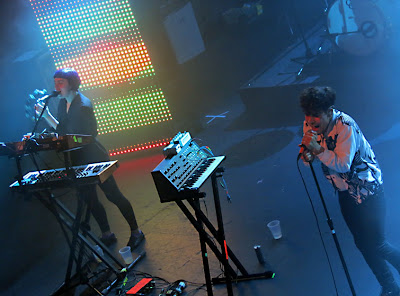 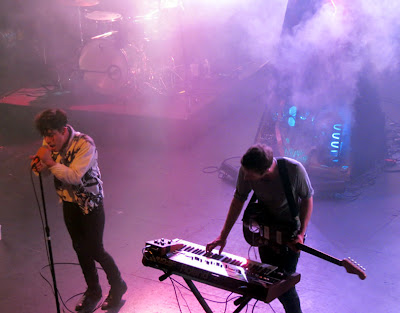 I know most of Neon Indian's songs but not by their titles. I usually keep track of a set list by writing down a song's lyrics but it was very hard on Saturday night because the vocals had lots of heavy reverb which made it hard to distinguish words. Luckily, Neon's Indian's publicist was kind enough to verify the set list which I had mostly right. 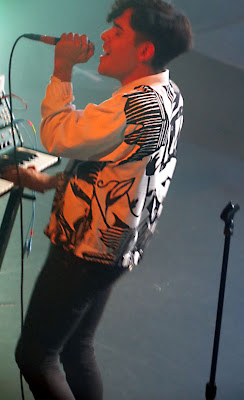 The packed audience cheered as soon as they heard the sequenced pattern that starts "Mind, Drips" and cheered again once they heard Jason Faries drums come in. And of course, they sang along. During the song keyboard player, Leanne Macomber, joined Palomo on vocals as the repeating sample of "It's not your fault" played. I can't help but mention that Macomber's look was very Isabella Rossellinigone goth. 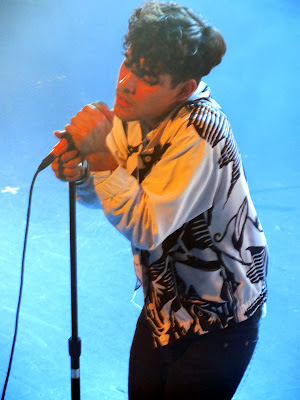 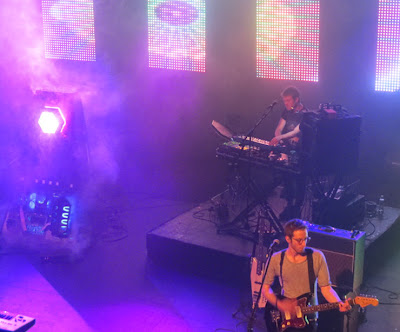 After performing "6669 (I Don't Know If You Know)" which Macomber also sang on, Palomo introduced her as being featured playing slap bass for the next song "Fallout." Palomo then introduced the rest of the band including Johnny Woods as a special guest, while a synth pad sound played underneath Palomo's introductions. 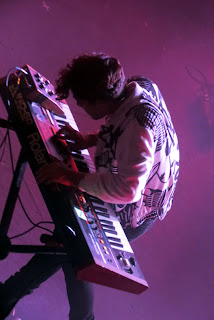 "Arcade Blues" was the part of Neon Indian's set when the momentum seemed to be pushed up a notch. Palomo did most of the singing upfront while moving to the very edge of the stage promoting the audience to clap. As the audience became part of the band's energy by jumping in place and clapping along, one guy even body surfed. From that point on out Neon Indian kept the hits commin', the audience stompin', and the lights flashin' till the end of the show. 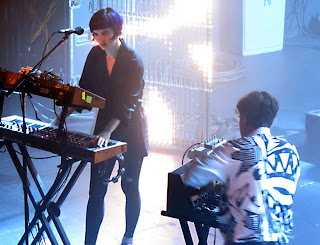 After ending with "Ephemeral Artery," Neon Indian came back for encore ending on a high note with "I Should Have Taken Acid." (Pun intended) At T5, On Saturday night, Neon Indian was insistent on the audience having a good time and we all did. A very good time. 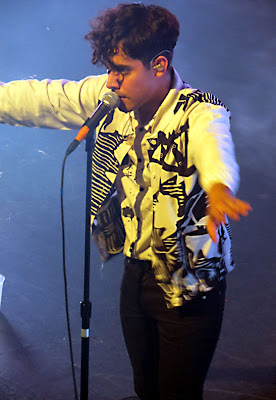 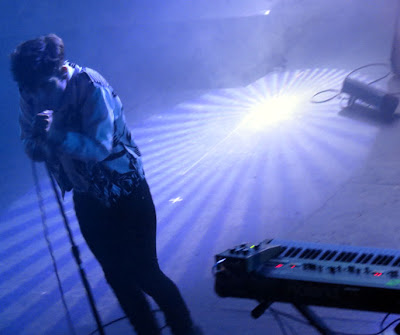