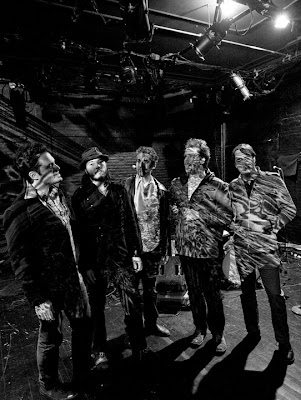 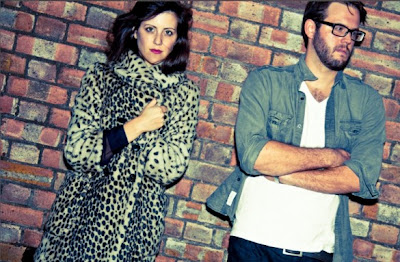 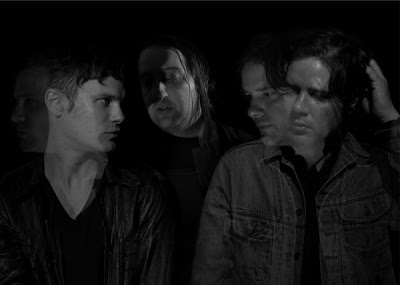 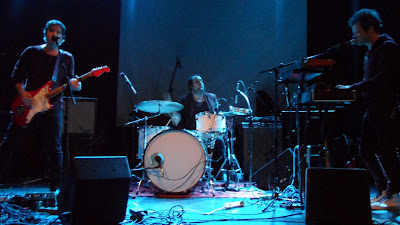 I got to The Bowery Ballroom late, so I missed most of Heaven's set except for the last two songs. Heaven is a band out of New York City that I believe formed in 2010. There isn't a lot I can say about Heaven based on two songs, but I will say that I did hear their influences which according to their Facebook page are bands like The Cure, New Order and The Psychedelic Furs. 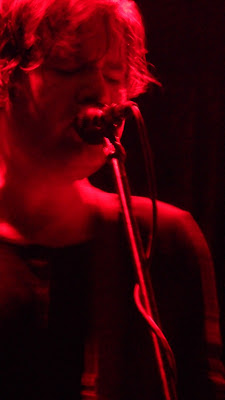 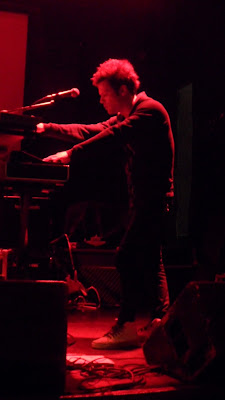 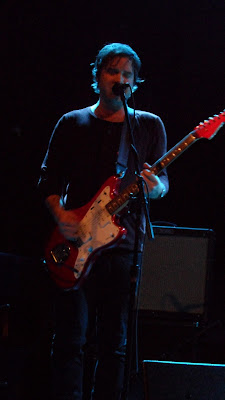 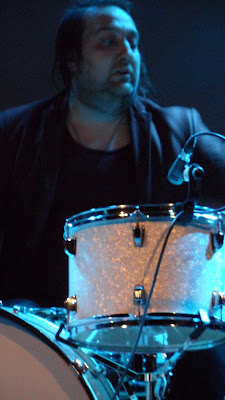 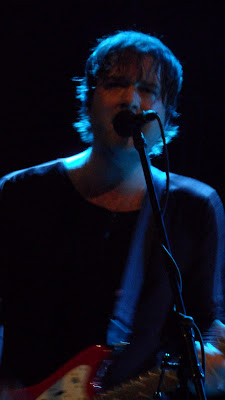 I'm gonna stop here and just say that the next time I see Heaven is playing around town, I'll be sure to check them out. I found a wet piece of paper on stage with Heaven's set list written in shorthand. I wrote Heaven's people and they clarified the song titles.
Heaven's Set List
1.Once the Heartache
2.Telepathic Love
3.Mountains Move
4.Falling Apple
5.New Amsterdam
6.See My Friends
7.Colors In the White of Your Eyes 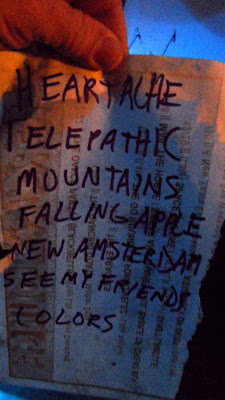 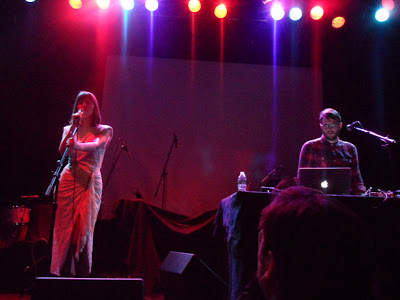 Au Palais is a brother and sister duo, born in Toronto but now residing in London. Their music is synth/pop but not as poppy as defined by that description. From an interview I read, I know that David Cammathe was in guitar bands prior to working with his sister. Therefore, based on the sound of Au Palais' recordings, I was expecting a set up more like School of Seven Bells or The Hundred In The Hands. What the audience got was an electronic set up more like Erasure or The Petshop Boys. Love the latter two duos mentioned but let's face it, unless there is a show (dancers,video, an extravagant amount of lighting, etc.) happening around them - one person looking into a laptop while the other sings isn't very interesting. 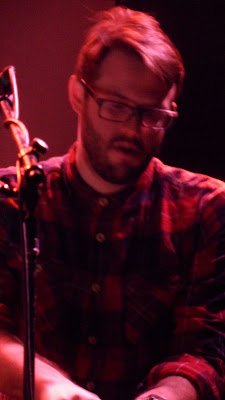 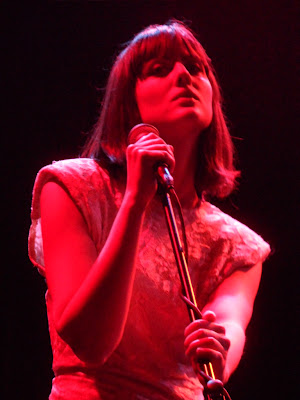 Then again, in a white vintage dress, Elise Cammathe had a model like beauty that coincidently reminded me of Julie Budet a.k.a Yelle. I can't say that Elise's voice wowed me but it worked well in the the context of Au Palais. 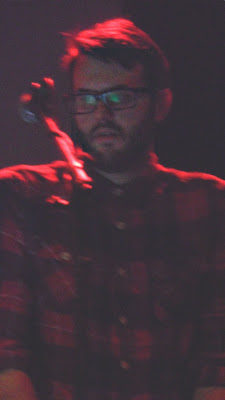 The duo started with "In Heaven," from Erasurehead, sounding like an intro in and of itself to "Tender Mercy," which was the song that followed. For the first few songs, Elise kept the mic in the boom mic stand which as you can see in the pictures gave her a sexy sort of stance. With the first song having a minimal amount of lyrics, Elise spent a lot of time moving side to side and staring into space. 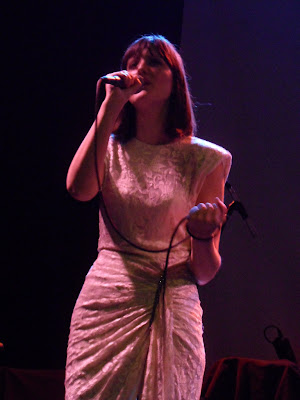 Fortunately, the following song had more lyrics and was more interesting musically. David joined Elise on vocals during the song's chorus, but they both sang in the same register and mostly in unison with only a hint of harmony coming from David. 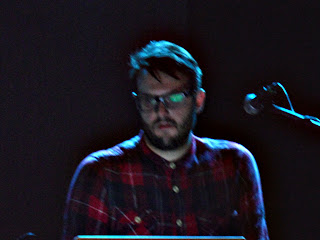 Au Palais's set got a little more happening in the middle after they did their new song "Other Kids." It felt like Elise loosened up a bit by taking the mic out of the stand and by also talking about where her and her brother were from once she finished the song.
﻿﻿
﻿﻿
Posted by Frank Grimaldi