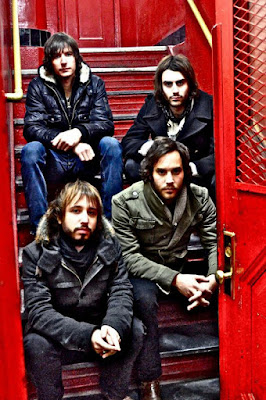 As Christmas approached, I knew my concert going would be slowing down. To keep this blog going and me learning about all the new bands out there, I try to see something at least every week or so. On Thursday night, I was planning to check out all four bands on the bill at Mercury Lounge. However, I had a very long day, so instead of not going I comprised by just seeing the band who's list I was on. (Part of the self comprise was not pissing anybody off by not showing up for a comp that I requested.) After catching the Blackbells' set, I not only felt that I made the right decision but felt invigorated. 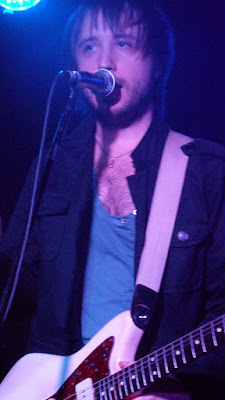 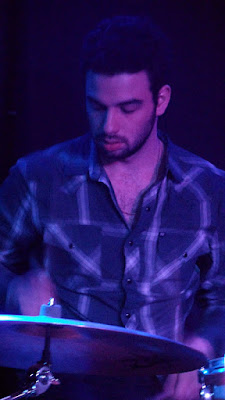 Blackbells opened up with "Testify" from their latest EP 1x1. From the moment Blackbells started playing I can honestly say I was really impressed. Their sound was as powerful as their recordings and then some. Since I hadn't watched any of Blackbells' videos, I didn't know the smallest guy was the powerful voice of the band. For the first song, lead vocalist Ben Rice's phrasing was similar to Richard Ashcroft without the lack of urgency Ashcroft's vocals are known for. 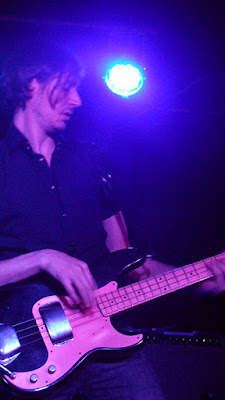 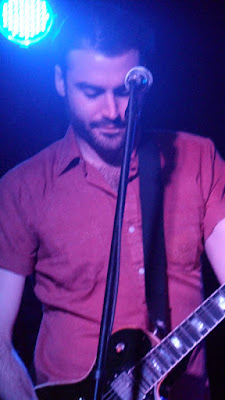 There was apparently some wiring that was loose near Rice's mic stand. Rice had to take some time out between the first three songs taping down the lines with silver masking tape. But he managed to get some mileage out of the inconvenience by jokingly telling the audience that the band is also known for doing arts and crafts. 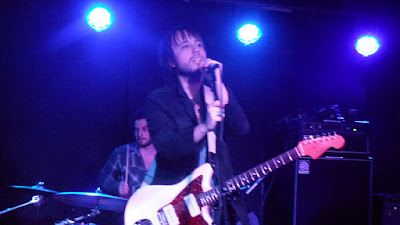 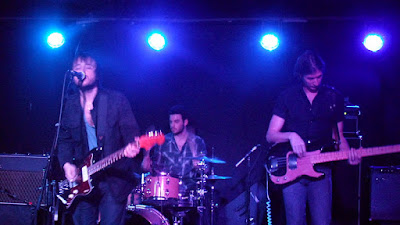 "The Shelf" is one my favorites songs on Blackbells' EP, so I was really happy when they played it. Besides, thinking the song has a clever hook, there was something about the guitar leads that felt very Beatles. In particular I'm thinking the White Album. In the same respect, the next song "Shoestring Lolita" sounded very mid-seventies with a guitar lead by Anthony Stella that sounded pretty repetitively over-the-top as if it were done by Rick Derringer or Angus Young (AC/DC.) 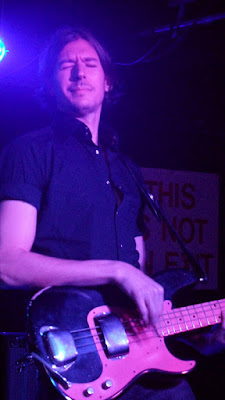 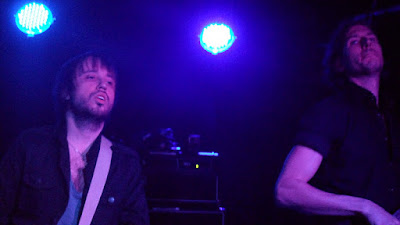 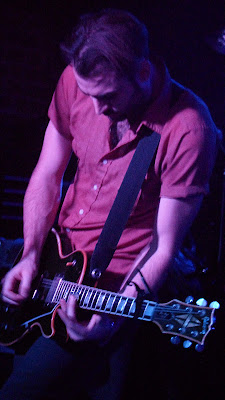 "This is Home" was one of the songs in the set where Rice fluctuated between his growl like Bon Jovi voice and his falsetto range. It was also one of those times in the show when the lean, mean and sexy Seth Bulkin stood at the very edge of the stage as if he were a member of Metallica. I have to say that all four guys in the band ain't bad looking, with each being sexy in his own individual way. 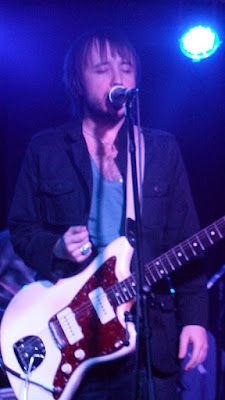 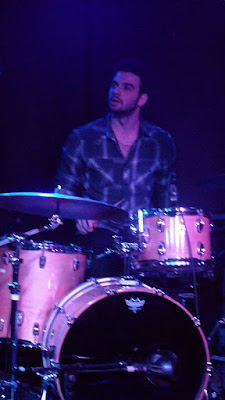 After doing "Young Again" from their first EP, Rice announced they were doing a new song that would be out sometime in January (this month). Rice tied in the intro to the song with something having to do with the green movement. It was a cool song which I remember liking but there is no MySpace MP3 or Youtube video recorded that I can use to refresh my memory - so you will have to take my word for it. 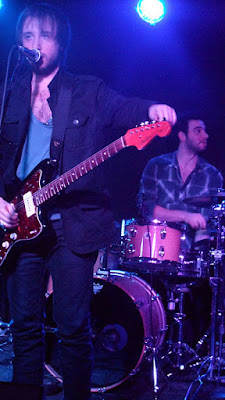 I'm including a Youtube video of Blackbells doing "Before the Flood." I watched the video and it actually captures the band doing the song very close to the way they did on Thursday night, down to Rice playing the tom along side drummer Austin Schumacher (So aside from the A I gave them for musicianship, they get an A+ for consistency.) The footage is labeled as being filmed at Mercury Lounge on 4/14/2010 by Mia Swier.


Blackbells ended with the first and last song from their current EP. Both songs reminded me of Oasis but with a little more of an American flavor especially during the verses. Rice sarcastically introduced the last song "Bad Bones" as a Beatles B-side. Of course, it went over my head at first and I was listening for what possible Beatles' song it could be. 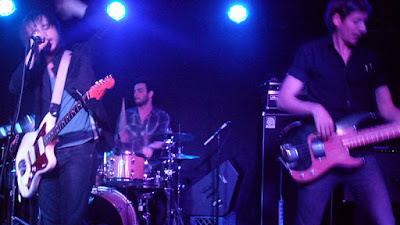 I really enjoyed Blackbells and think they are ready for bigger rooms or even arenas, But in the same respect, when I remember a band like Foster the People played Mercury Lounge only one year ago, I'm glad I got to see Blackbells at this point in time. 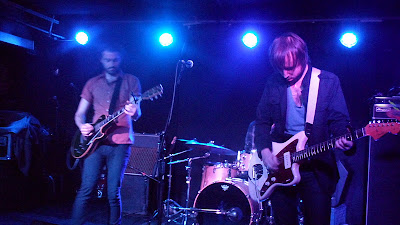 Blackbells Set List
1.Testify
2.The Shelf
3.Shoestring Lolita
4.This Is Home
5.Young Again
6.Beat Blue
7.Before The Flood
8.One by One
9.Bad Bones

Email ThisBlogThis!Share to TwitterShare to FacebookShare to Pinterest
Labels: All Postings, Blackbells