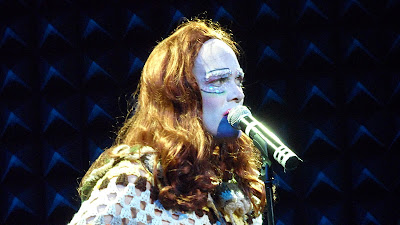 Taylor Mac is performer with big ideas to which he fully commits himself. His audiences have learned to expect a full theatrical and sometime musical experience nothing short of an extravaganza. The first time I saw Taylor Mac was The Lily's Revenge, a play consisting of 36 cast members with a running time of five hours. The second time I saw Mac was in his first caberat titled Comparison Is Violence or The Ziggy Stardust Meets Tiny Tim Songbook. And the last time I saw him was in his play The Walk Across America For Mother Earth; while it may have been a shorter play, with a smaller cast, as concept it was still an extravagant Mac production featuring all of his witt and over the top humor. 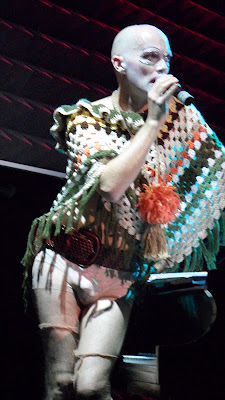 Mac started the show with Meatloaf's "You Took The Words Right Out of My Mouth (Hot Summer Night)." For the song's opening dialogue Davian Cohen asked all the questions that followed the important proposition "On a hot summer night, would you offer your throat to the wolf with the red roses?" Mac answered from back stage before making his grand entrance on the line "I bet you say that to all the boys." 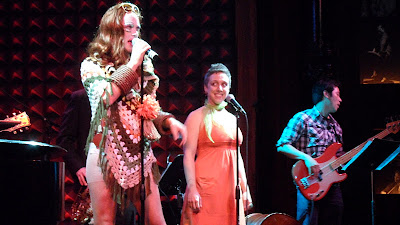 Mac walked on stage looking like an adorably cute hot mess. His outfit starting with his crocheted poncho, was very reminiscent of the 70's; a decade when people were more fabulous in an obtuse sort of way rather than flawlessly stylized. The outfit also featured the bottom of Mac's torso in what looked like cut off panty hose over briefs featuring major basket. 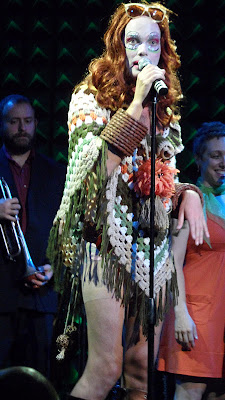 After the first song, Mac talked about the evening's performance being a workshop installment toward his 24 hour show chronicling the history of pop music. Mac gave one the reasons for working on a 24 hour show was his interest in perfection verses imperfection. For example, he posed the question why is it that all his favorite singers can't sing. Mac stated that he wanted to look at how a persons emotional life influenced their voice, as he put it he wanted to explore "the topography of a voice." 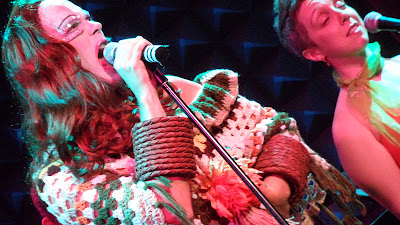 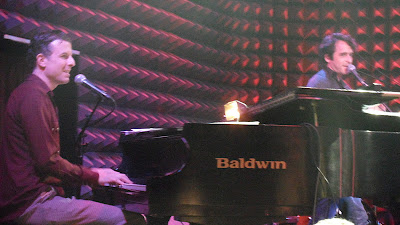 I found it interesting that Mac followed his talk about vocals and emotion with a song by Harry Nilsson. I recently watched a documentary about Nilsson - if there was anyone who rode the emotional roller coaster, it would be him. I don't know much about Neil Diamond's life because once the 60's were over - I hated every song he sang, especially,"I Am I Said." So to say the least, it wasn't my favorite song in Mac's show but I accepted it for it's kitsch value. 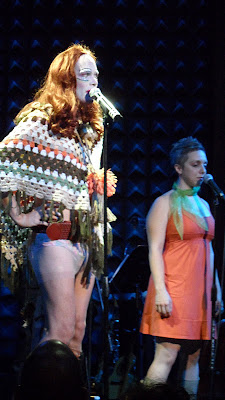 Musically, the high point in the show was Mac's arrangement of Joni Mitchell's song "Blue" from the album of the same name. Mac sang the song acapella as David Berger played a funeral march.  The way I am describing the song may make it sound as if it were a bit morose but it wasn't (but than again it was a Joni I-Need-Lithium-Mitchell song.) 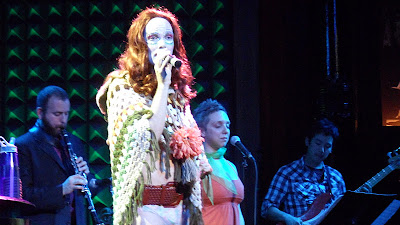 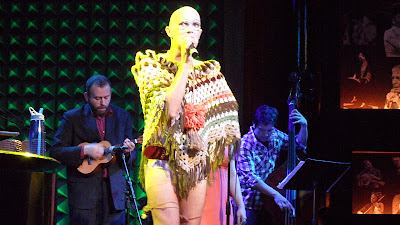 Mac chatted a little more about perfection verses imperfection and came to the conclusion that "Perfection is for Assholes!" He then segued to anecdote about auditioning for Mandy Potamkin which I won't give away except to say that it was hysterically funny. He followed up with the 70's mega-classic "Bohemian Rhapsody," which had a few members of the audience cheering him on. 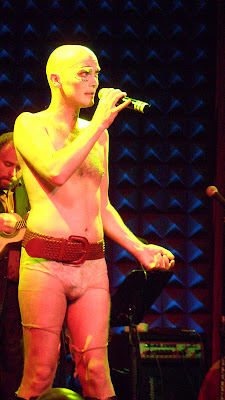 Mac once again reeled the high energy in the room back in with another acapella song. Again, for moi at least, it was another musical high point. The song was an obscure song from a 70's musical that was originally produced by Joseph Papp as in Joe's Pub. The production was about runaways and performed by actual runaways. The song Mac sang intrigued me by mentioning names of people from Judy Garland to JFK to Pele and Reggie Jackson. From what I have read about the production, I am assuming the names are names of people the runaways imagine themselves to sometimes be. 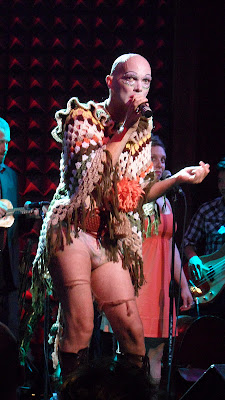 Mac covered all the bases that need to be covered for his 70's pop exploration. He did songs that were well by artists on different ends of the pop sphere like "Helpless" written by Neil Young for CSNY's album Déjà Vu (The hippie end of that 70's sphere) or "Blame It On The Boogie" performed by The Jacksons, formerly known as the Jackson 5, (For the Studio 54 end of the 70s sphere) or "Birdland" by Patti Smith (The Punk end of the 70's sphere). 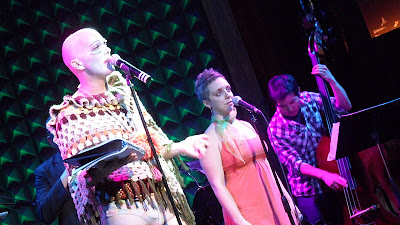 There was a part of the show when the band walked off stage and Taylor Mac sat at the piano. He said he didn't play piano but actually did an adequate job of playing for himself. I don't know if anyone else asked themselves this question but when he played and sang "Please Don't Go, "I thought - "this is 90's - why is he doing this." However, Daddy (that would be me) was wrong! The song was the last song KC and the Sunshine Band did together in 1979.  It wasn't a well known hit and I forgot it was even theirs because the 90's remakes by KWS and Haddaway became imprinted on my brain. 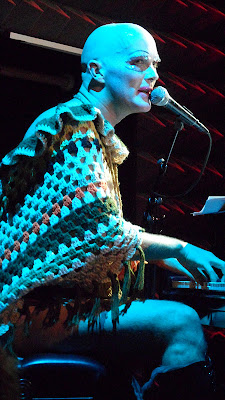 Before the entire band came back, Mac did "Ziggy Stardust" with Yair Evnine on Cello, after making reference to the earlier mentioned cabaret show he did in May of 2010.  Mac ended the show with a song by Cat Stevens, who by way now goes by the name Yusuf Islam (just in case you - the reader enjoy useless information.) 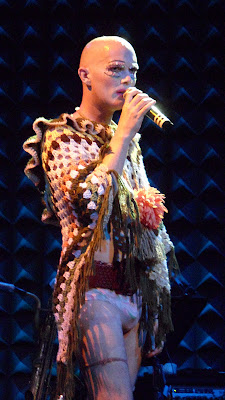 Mac doesn't usually leave and come back for encore and he didn't on Sunday night.  But what would be the encore was a classic and perhaps the best song to end with.  I mean, what is the 70's without a Led Zepplin song.  Fortunately, Mac didn't do "Stairway to Heaven" or "Whole Lotta Love."  He's too smart  to do the expected but he did do a hardcore classic. 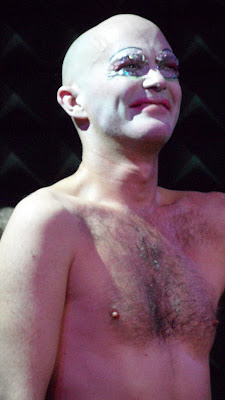